Willie Davis attended Grambling State, playing both offensive and defensive line before being drafted in the 15th round, 181st overall in 1956. He spent two years in the military and didn’t begin his professional career until 1958, Davis played two seasons with the Cleveland Browns, starting eight of the 24 games he played. The vast majority of his success after being traded to the Packers in 1960, playing out the last ten of his 12-year career.

He was part of five NFL championship teams, including the first two Super Bowl winning teams. Davis was name first team All-Pro in 1962 and from 1964 through 1967. Davis made five consecutive Pro Bowl teams from 1963 through 1967 and was names to the NFL 1960s All-Decade Team.

Entrenched at defensive end for the Packers, Davis played in 138 consecutive games and 162 total for his career. Statistics include 22 fumble recoveries, two safeties, and one touchdown. Although sacks we not an official statistic until the 1982 season, it has been reported by the Professional Football Researches Association that Davis has been 100 and 120 sacks and dominated over the period from 1963 through 1965. A nose for the football, his 21 fumble recoveries is still the Packers’ franchise record.

Davis was honored by the Packers for his retirement on December 21, 1969 and was added to the team Hall of Fame in 1975. Davis received the ultimate honor in professional football when he was inducted into the Pro Football Hall of Fame in 1981.

Davis was dedicated in other aspects of his life, earning his MBA from University of Chicago Booth School of Business in 1968. As professional and accomplished on the field, Davis was equally as successful during his post playing days. He was a color commentator for the NFL on NBC during the early 1970s. Davis was honored by the NFL Alumni with the Career Achievement Award in 1987 and was ranked 69th among the top 100 players of all time by The Sporting News.

A fine businessman, Davis was a member of the boards of Dow Chemical for 18 years until 2006, Johnson Controls, K-Mart, MBG Mirage, Sara Lee, among many others. Davis was also the president of the operations of several radio stations through the company All-Pro Broadcasting.

Davis battled health issues late in life and after being in the hospital for month, passed away due to complications of kidney failure on April 15, 2020 in Santa Monica, California. Davis was 85 years old. 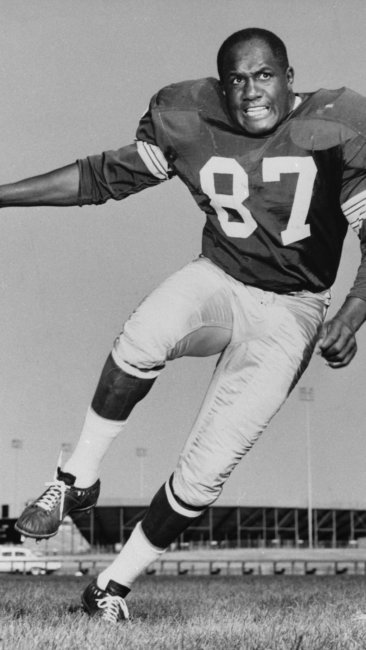 Previous Article
What’s the Story on Marquez Valdes-Scantling?
Next Article
Matt LaFleur Is on His Way to an Illustrious NFL Career