Continuing on my theme that if the Packers want to be a serious contender for postseason, or even Super Bowl play, some of their inexperienced or average-appearing players will need to bust out and establish themselves as stars, or at least solid contributors, in 2020.

Over the last four years, the Packers have invested much effort in trying to turn mostly undrafted, mostly unacclaimed, and mostly lower-division collegians into NFL-grade defensive backs. These attempts have mostly failed.

Here are some of those cornerbacks:

Here are some of those Safeties:

Many of these guys are out of football now. At least two are XFL players. Almost all of them were undersized (188-195 pounds) and frail. Amazingly, however, almost all of them – due to endless injuries to their teammates – got a fair amount of playing time. The Packers invested a great deal of attention and effort in some of them, such as 3-year men Gunter, Goodson, Brice, Evans, and Whitehead. 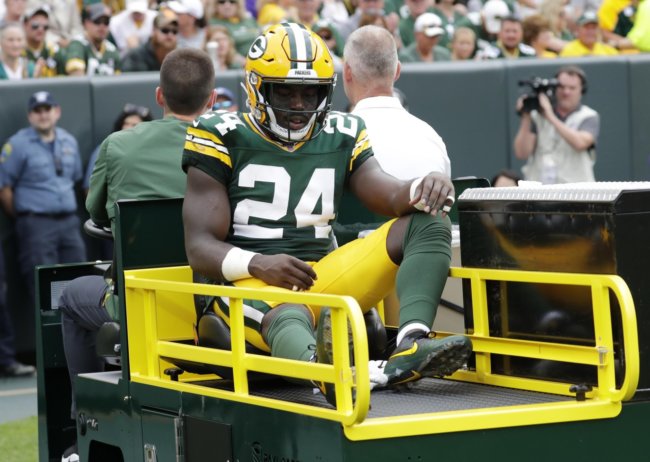 Can Raven Greene break the jinx? He’s my choice from this group who has promise of being a breakout player in his third year on the team – he isn’t going to suddenly become one of the regular starting safeties, but he might get ample playing time if Mike Pettine continues to frequently use a defensive back in place of a second inside linebacker.

Raven Greene played a lot of college ball – 58 games – at James Madison, in Harrisburg, Virginia – which is part of the Colonial Athletic Association (CAA) Conference (Division 1 – FCS). Unlike many of those on the above lists, he garnered several honors during his steady rise as a collegian: second team All-CAA in 2015; first team All-CAA in 2016 and 2017; third team FCS All-American in 2016; and second team FCS All-American in 2017. In 2016, James Madison was the FCS national champion.

Greene is 5’11” and weighs 197 pounds, so he has more a little more meat on his bones than many of the others listed. At his school’s Pro Day event, he was timed at 4.51 seconds in the 40-yard dash. Most of the rest of his scores were also below average, though his 14 bench press reps was pretty good for his weight.

Greene was in line to get a fair amount of playing time over the last two years, but injuries intervened. In 2018, after Ha Ha Clinton-Dix was traded in mid-year, he was named first backup to Jermaine Whitehead. He unfortunately sustained a bad ankle injury and was placed on the injured reserve list on December 8.

When the 2019 season got underway, newcomers Adrian Amos and rookie Darnell Savage were the obvious starting safeties. Greene, however, saw plenty of action in the season opener against Chicago – he was on the field for 55 of the defensive snaps (77%) and twelve (48%) of the special teams snaps. He played well and had six tackles in the win at Soldier Field. Alas, he went back down with another ankle injury early in the following game, which essentially ended his second season. During training camp prior to the 2019 season, defensive coordinator Mike Pettine gave this appraisal of Greene:

“Raven was a guy last year who really started to come on. He showed some flashes in training camp a year ago and then not a very good first preseason game. He’d be the first one to tell you he’d wish to have that one back. But he got it back together, made the team, and was doing some really good things on special teams. He made some plays for us but unfortunately got hurt. He was ahead of schedule rehab-wise in the spring and was able to take more reps than we thought he would. He’s a guy that certainly has an NFL skill set. He’s smart, he’s tough. We’re hopeful he can be a big part of what we do.”

The team showed it valued Greene by striving to get him back prior to season’s end. He was re-activated on January 18, just one day before the Packers Super Bowl hopes were dashed by the 49ers.

Going back to the 2019 preseason, Pettine had already determined that Green would line up beside Blake Martinez on many downs. The ILB role calls for great versatility, as one might have to stop the run, attack the quarterback, or provide coverage on a slot receiver, tight end, or running back.

Coach LaFleur has credited Greene with doing “a tremendous job” at learning the hybrid ILB/defensive back position. With Greene lost in Game 2 last season, the Packers had trouble the rest of the way defending against the run. Though Greene was activated for the team’s final game of last season, he did not get to play against the 49ers. 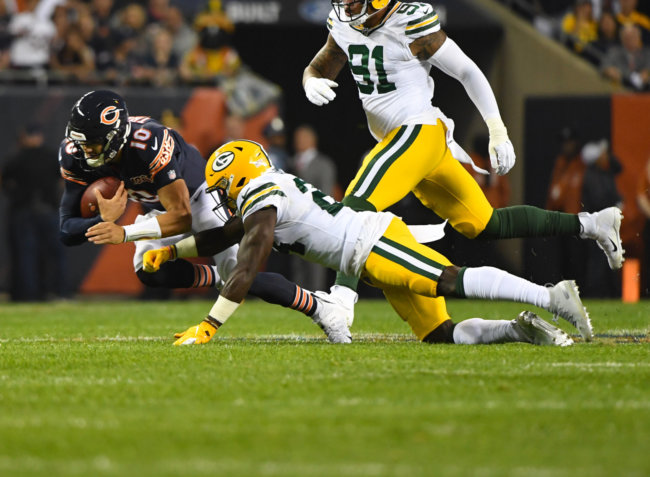 In another vote of confidence in Greene, the Packers released their 2017 second round draft pick, Josh Jones, who had gotten a lot of reps in that spot in 2018. Jones was waived with a non-football illness designation on August 25. He has since been waived by the Cowboys, and been claimed by the Jaguars.

In Greene’s absence, Ibraheim Campbell primarily assumed the hybrid linebacker role – but the Packers have yet to take action to re-sign him.

While the veteran Campbell remains a free agent, on March 27 the Packers did re-sign Will Redmond (1 year, $750,000). Many think the Packers are still hoping to add another free agent to compete with Greene and Redmond for playing time. It’s also likely that Gutekunst will draft an ILB in about three weeks, though I doubt he would do so in the early draft rounds. For now, it appears that Greene, the undrafted 25-year-old, has the edge over 26-year-old Redmond, who was a third-round pick by the 49ers in 2016.

Previous Article
A Look Ahead to this Season’s Green Bay Packers vs Philadelphia Eagles Match-up
Next Article
Do Packers Have a Breakout Possibility at Inside Linebacker?