Best Packers Players of All Time

The Packers are one of the most historic and celebrated teams in the NFL. Every year, this team shows how competitive they can be. The Packers fans are some of the most die-hard fans in the entire league, and the exciting build up to the first game of the year is intense. Reading up on the latest in NFL insight and news will help Packers fans stay informed on the latest trades and roster changes leading up to the 2020 season.

As the Packers are one of the original football teams, dating all the way back to 1919, they have had their share of memorable players over the years. With the 2020 season on the horizon, it’s a great time to look back at the players that have come before and gave the Packers their all during the time they were on the team. Here are 5 of the best Packers players in the team’s history.

Linebacker is a roughneck physical position, and Ray Nitschke embodied it perfectly. He’s remembered for his tough, aggressive playstyle that left the opposing team scared to take the field. Nitschke had a 15 year long career with the Packers, covering 190 games. Many have called him the face of defense during the Lombardi era of the Packers, and this is a suiting title. Nitschke was named All-Pro six times during his career, and was the MVP of the 1962 championship game versus the New York Giants.

Defensive players often don’t get the admiration they deserve, but Nitschke is beloved by Packers fans. To show appreciation for his incredible service, the Packers not only retired his jersey number, but also named one of their outdoor practice fields after him, across from Lambeau Field. He was inducted into both the Packer Hall of Fame and the Pro Football Hall of Fame, signifying him as one of the greatest defensive players in the history of the sport.

There’s not many players who can say they came along and completely reinvented their position during their career, but wide receiver Don Hutson is one of them. At the time of his retirement, Hutson held an astounding 18 NFL records. Hutson has numerous accolades to his name, like leading the league in receiving 8 times in his career. He also won the MVP award two times.

During his time playing, Hutson held the record for touchdown receptions at 99, a record that stood until being broken by Steve Largent in 1989. During the time he spent with the Packers, Hutson contributed to three NFL titles in 1936, 1939 and 1944. He stands in both the Packers and Pro Football Hall of Fame.
Hutson was an incredible athlete and, overall, he changed the idea of what a wide receiver can be. The exciting wideouts that we know today can thank Hutson to some degree for laying the groundwork. 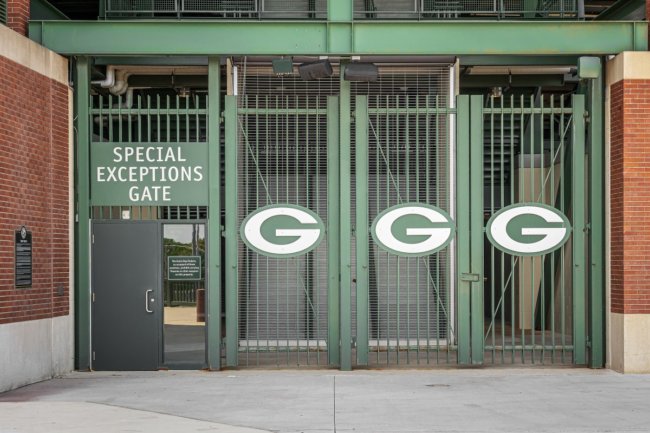 By all measures, Bart Starr was an incredible quarterback throughout his career. His record of five championships titles as a quarterback went unbroken for decades, until finally being overcome by Tom Brady in 2018. Starr is cemented in Packers history. He led the team to victory in the first two Super Bowls, also winning MVP in each game. He also led the NFL in passing three times in his career.

Starr had many great moments in his career, but one that will forever stick in the memory of his fans is when he executed a perfect quarterback sneak with 13 seconds on the clock in the infamous “IceBowl” of 1967. The maneuver brought the score to 21-17 with the Packers triumphing over the Dallas Cowboys. Starr was also inducted into both the Packers Hall of Fame and the Pro Football Hall of Fame. The Packers have had several incredible quarterbacks in their career, but Bart Starr will surely be one of the most memorable. He is an icon for not only the Packers, but all of professional football.

The Packers certainly lucked out in some respects. As soon as the Favre era was coming to a close, Rodgers was there to pick up the reins. In some ways, Rodgers was the gold standard as far as quarterbacks go. He built his reputation on being very reliable, dependable under pressure, accurate in the pocket, and he brings the best out of his teammates. Rodgers really broke out in 2009, in a season that led to his first of eight Pro Bowl appearances. In the following year, Rodgers led the Packers to their fourth Super Bowl championship.

In both 2011 and 2014, Rogers was named NFL MVP. He has led the NFL in passer ratings twice in his career, as well as being the touchdown leader in 2016. In all, Rodgers is one of the most accurate passers ever, and could possibly be crowned the #1 all time most accurate passer by the time he retires. Everything considered, Aaron Rodgers is one of the best quarterbacks to ever play the game, and certainly worthy of being called one of the best Packers players in history.

While everyone is entitled to their own opinion, it’s certainly hard to argue that Brett Favre isn’t the greatest and most influential NFL player of all time. It’s difficult to find any player who can match his resume and accolades. He holds the all-time record for consecutive starts by an NFL player with 297 games, an absolutely ludicrous feat considering how often players get injured. He also made the Pro Bowl 9 times through his 16 years with the Packers, and won three straight MVP awards from 1995-1997.

Favre led the NFL in passing touchdowns four times, and in passing yards twice. While his records are commendable, Packers fans will always remember him first and foremost for leading the team to the Super Bowl in back-to-back years. Green Bay had several Super Bowl appearances in their lengthy history, but it had been nearly 30 years since the Lombardi era, and they were ready to reclaim the championship. With Favre at the helm, the Packers beat the Patriots at Super Bowl XXXI in 1996, and went on to face the Broncos at the Super Bowl the following year, though they ultimately fell short on this occasion.

Overall, Brett Favre is an absolute legend to not only the Packers fans, but the entire NFL including the quarterbacks of today.