Four Things to Watch for During Super Bowl LIV

Every Packers fan ought to be looking at how the Chiefs will attempt to blunt the ferocious 49er ground attack. As for personnel, they have Pro-Bowler Frank Clark (#55) at defensive End. Clark at 6’3” and 260 pounds, was a second-round pick by the Chiefs in 2015. They also have Pro-Bowler Chris Jones (#95) at defensive tackle. Jones, 6’5” and 310 pounds, was the Chiefs’ Round 2 pick in 2016, and he also was named second team All-Pro in 2018.

The Chiefs’ right cornerback is Bashaud Breeland, who played for the Packers for about half of the 2018 season.

Another name of note is Chiefs’ strong safety Tyrann Mathieu. The Round 3 draft choice by the Cards in 2013 joined the Chiefs in 2019. He was a first team All-Pro in 2015 and a second-team All-Pro in 2019. His current contract is $42 million over three years.

The Chiefs’ leading tacklers during the regular season were: Hitchens (88), Wilson (81), Mathieu (75) and cornerback Charvarius Ward (74).

Battle of the Tight Ends 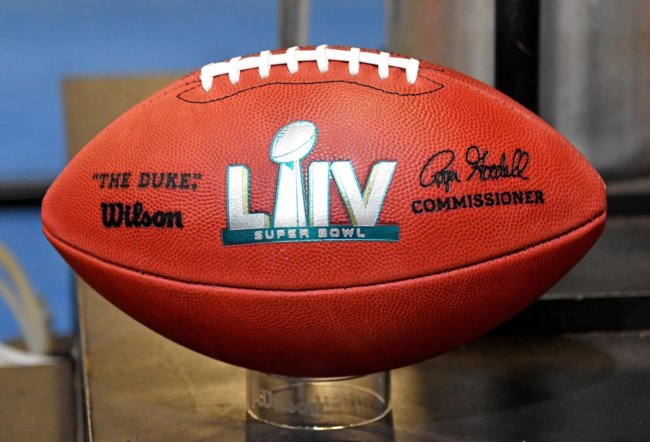 The player considered by many to be the NFL’s fastest is Chiefs’ receiver Tyreek Hill. At a Pro Day event in early 2016, he recorded a 40-yard dash time of 4.29 seconds.

Both Hill and 49ers running back Raheem Mostert were college track stars, with Hill playing first for Oklahoma State and later for West Alabama, and Mostert running for Purdue. Mostert was rated by nfl.com as the fastest college football player in the NCAA in his final college year. Hill, however, while running for Oklahoma State, posted the faster collegiate 100-meter time (9.98 seconds). Mostert is listed as 5’10” and 205 pounds, whereas Hill is 5’10” and 185 pounds.

A third lightning fast guy who will be on the field for the Chiefs is Mecole Hardman. The rookie return specialist (and sometimes wide receiver) returned 27 kickoffs for 704 yards in 2019 (26.1 average), including a 104-yard touchdown return. Hardman, at 5’10” and 187 pounds, played three years for Georgia before becoming the Chiefs’ second-round draft pick. His all-purpose yardage totaled 1,426.

Patrick Mahomes, a first-team All-Pro quarterback in his second year in 2018, slipped only a bit in his third season. Though he missed two games due to injury, he still finished with 319 completions in 484 throws for 4,031 yards, 26 TDs and 5 interceptions. He ran more sparingly than in his previous year, but still averaged 5.5 yards on his 43 carries.

Mahomes established many school records, and received several national awards when he played for Texas Tech from 2014 through 2016. He also is tied for the NCAA single-game yards passing yardage record of 734, done against Oklahoma in 2016. Mahomes, at the tender age of 24, is an acknowledged NFL superstar.

The 49ers quarterback, Jimmy Garoppolo, has been in the NFL years longer than has Mahomes, though his game experience is considerably less. Selected by the Patriots in the second round of the 2014 draft, Garoppolo was Tom Brady’s understudy for his first four years as a pro.

Like Mahomes, he received several collegiate awards, the difference being he played for Eastern Illinois in the Ohio Valley Conference – a lower-level Division 1 school.

Mahomes, in just three years, has already passed for 9,412 yards and 76 touchdowns. Jimmy G, in six years in the league, has passed for 6,946 yards and 44 touchdowns. Prior to 2019, Garoppolo had only started ten games in the NFL.

While Mahomes can take over a game, and often passes for prodigious yardage, Garoppolo has played second-fiddle at San Francisco to his team’s rushers and run-oriented attack.

It’s the run attack versus the pass attack on Sunday!

Previous Article
Packers News: Alvis Whitted Fired As WR Coach, Jerry Gray New DB Coach
Next Article
After All the Partying, the Hangover Is Setting In