Is It Finally Time to Replace Aaron Rodgers?

There, I’ve done it – the unspoken thought has been uttered.

The game plans for Aaron Rodgers used to be winners. They were fresh and creative. They had some zing, some zip – they brought a smile to our faces. Lately though, all the innovation is gone – it’s become painful to watch Rodgers perform – he’s just going through the motions at this point. I wouldn’t be surprised if Aaron were soon to be replaced – from all appearances, a trade for the Chiefs’ Patrick Mahomes might be in the works.

I’m serious. Rodgers’ team simply isn’t giving him the support he needs. After so many years, the performance of the Packers’ quarterback has gone stale. It’s time for a change. 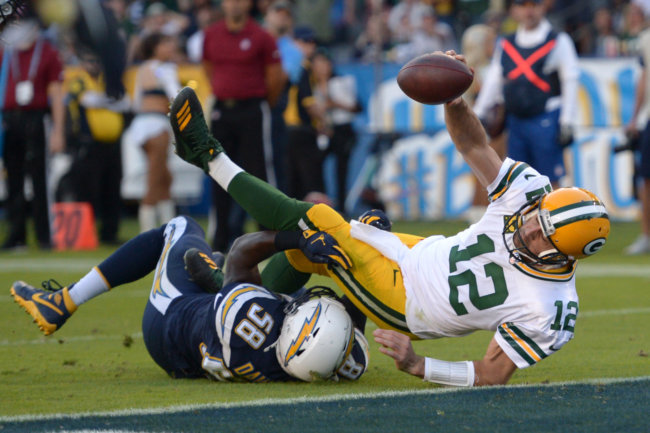 From my perspective living out here in the lesser Seattle Metro Area (about 50 miles to the north), I’ve witnessed such things happening. Marshawn Lynch used to be at the center of things, the big man on campus. But now linebacker Bobby Wagner has replaced him. Hey, change happens. Adapt and move on.

I’m talking of course about those State Farm TV commercials. They’re wimpy – about what you’d expect from an insurance company. It’s time for State Farm to get more aggressive – to put some punch back into their product.

For close to ten years now, I’ve been bombarded, night and day, with Beacon Plumbing commercials. Here’s a sample:

Much better, don’t you think?

Bobby has been the spokesman for Beacon for a couple of years now. For years before that though, the star of the show was none other than Beast Mode himself. Take a look:

For the past two weeks, Beacon has switched back to running the Marshawn ads. With a Packers win on Sunday, I’m guessing they’ll take the ads off the air, at least until the 2020 preseason gets underway.

And how is Beacon paying for them? Assuming there even is such a thing as Beacon Plumbing, could it all be a way for those microsofties, Bill Gates and the Paul G. Allen Family Foundation, to secretly launder money into the pockets of Seattle players? I’d say it calls for a congressional investigation.