by Jason Parker
in News and Rumors
12

Finally, another playoff game at home in Green Bay — which is the most exciting time to be a Packer fan. The weather in Green Bay in January can push even the most organized teams to their limits. While cold and win is expected, the chance of snow has recently dipped a bit in forecasts.

I believe the more reliable sources are calling from 0″ to 2″ of snow on Sunday in Green Bay, Wisconsin.

Here is the coverage from the National Weather Service: 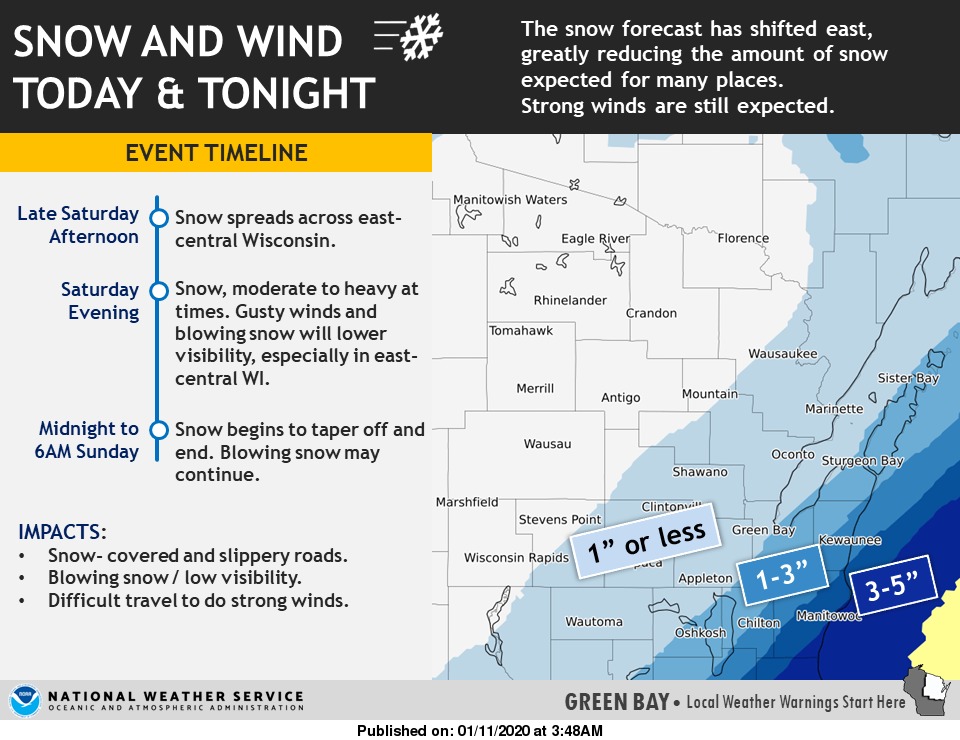 Might just be enough snowfall for the impressive Lambeau Field social media photos, but it’s doubtful at this point that precipitation will play a strong role in the outcome of the game.

Seattle Seahawks coach Pete Carroll recently downplayed the possibility of weather being a detrimental factor to their success in this quote by USA Today:

It looks like it’s going to be about 10 degrees colder than it was the other night, so, big deal. That’s nothing. It was comfortable the other night. That was fine. It didn’t have any factor at all. If it’s in the twenties or whatever, 29 or 28, where it’s supposed to be, that’s no big deal. But, I’m not going to overlook the factor that the fellas might be thinking. We’ve already started to deal with that. You have to be very disciplined about that as well.

The recent Packers/Seahawks matchups have resulted in the home team claiming victory. Meanwhile, Lambeau Field in January is the very definition of home field advantage in the National Football League. While QB Aaron Rodgers performs well in this environment, and I’m not the first to say this, but the larger factor tomorrow is going to be RB Aaron Jones and how effectively he can penetrate the Seahawks defense.

Is It Finally Time to Replace Aaron Rodgers?