Been a bit lazy about posting this week. One thing I have to be honest about: I am very anxious for this Monday Night Football game against the Vikings. This battle royale at the House That Hormel Chili Built is going to be one of the most important games for the Packers in several years.

Divisional matchups are by far the hardest to predict in the National Football League (see also: Week 9 – Falcons vs Saints). Most predictions I have come across tend to favor the Vikings for a win given their home field advantage and a general lack of momentum on behalf of the Packers’ offense in recent weeks. 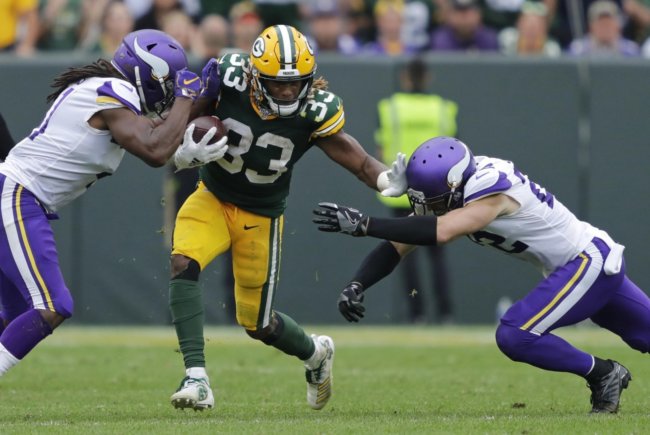 Although Packers did defeat the Vikings in week 2 at Lambeau, the Vikings are a much improved team since then. Kirk Cousins seems to have finally gotten his shit together and is a much better QB than he was in week 2. In fact, that game against the Packers in week 2 was pretty much his worst all season.

Of course, Cousins is notorious for having never won a game on Monday Night Football in his career, but that will only motivate him further. Getting snubbed as a Pro Bowl selection over Aaron Rodgers is probably also likely to motivate him a bit.

As for winning/losing streaks, here’s another angle: Rodgers has never won a game at U.S. Bank Stadium and the Vikings have yet to lose a game there this season.

One Thing Working in Our Favor

The absence of Vikings RB Dalvin Cook on the field Monday night will be a huge boon for the Packers’ chances. The Vikings decided to run him all season like a stolen mule and that has now caught up with them. Cook put up 154-yards against the Packers at Lambeau Field across 20 carries — one of his best games of the season. Lucky for us, he’ll be watching this one on the sideline.

Odds Against the Packers

According to Odds Shark, the Vikings are a 5.5 point favorite over the Packers. They predict the score to be 31-13 with a Vikings win. Keep in mind that the news of Dalvin Cook’s absence in the game is a recent development.

The reality of this Monday night game is that there is extremely little room for mistakes for the Packers. The type of inconsistent play from uglier wins this season will possibly lead the Packers to being a wild card team. Rob wrote earlier that one key to winning in Minnesota will be on the back of Aaron Jones.