Well, the Green Bay Packers handily defeated the New York Giants during a road game. It’s hard to get too excited given the fact that this game was theirs to lose. While they didn’t quite wash away the stink from last week’s loss to the 49ers, they managed to make a respectable showing considering the circumstances. Packer fans were in abundance in the crowd as chants of “Go Pack Go” could be heard throughout the game. This was Green Bay’s chance to release some aggression and that’s what they did.

Defensively, no sacks this game but the the Packers did claim 3 interceptions — again, it’s the Giants and they’re up against rookie QB Daniel Jones. After the Giants’ loss to the Patriots, this was Jones’ second-worst game this season as far as his QB rating — he was 35.2 against the Patriots on the road and 49.4 yesterday at home against the Packers. The three interceptions were by: S Darnell Savage, CB Tramon Williams, and CB Kevin King.

Offensively, I gotta be honest, I expected a bit more from QB Aaron Rodgers in this game. He went 21 for 33 with 4 TDs and 0 INTs for 243 yards. Not too shabby, unless, of course, you’re playing one of the worst teams in the league.

RB Jamaal Williams showed his bulldozing abilities while RB Aaron Jones did not have that great of a game with 18-yards between 11 carries. In fact, Rodgers claimed more rushing yards with 24 across 3 attempts. Jones is still the man, but he just hasn’t stood out much the two previous weeks. 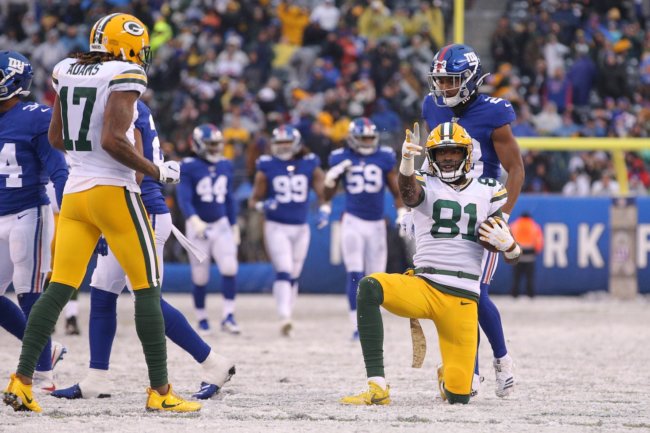 As for receivers, WR Davante Adams was back at the top of his game with 6 receptions for 64-yards and 2 TDs. Adams potentially had a 3rd TD, but defensive interference kept that from happening. WR Allen Lazard only managed 3 receptions but was able to haul in 103 yards and a TD. Lazard’s stock continues to rise.

I want to make something clear about my admiration for Lazard as a Packers receiver: it’s not that I think he is so great of a player(he needs to show consistency over 2+ years and then I’ll be impressed) — it’s the obvious fact that Rodgers likes and trusts him. A good QB/WR relationship and trust bond is great for any team, but I’d argue it’s extra important for someone with a personality like Rodgers.

As I was saying previously about Marquez Valdes-Scantling, that relationship just isn’t there between him and Rodgers. You can be the greatest WR known to mankind, but if you and Rodgers do not connect mentally and on a personal level, you are better off playing for a different team while you are in your prime. That’s the kind of QB Rodgers is. It’s not that Lazard is so great — it’s that he fits in well with the offense. Ultimately, that’s what matters.

Yeah, Lazard brought his A-game against one of the worst teams in the NFL. But the reality is that all the Packers receivers were playing the same team because that’s how it works. Who stood out? WR Allen Lazard and WR Davante Adams. Rodgers did target MVS in the end zone during the 2nd quarter but the coverage on him was too tight to make anything happen. He was targeted twice while WR Geronimo Allison was targeted 3 times, Lazard 3 times, and Adams 10 times. The other three made it happen. 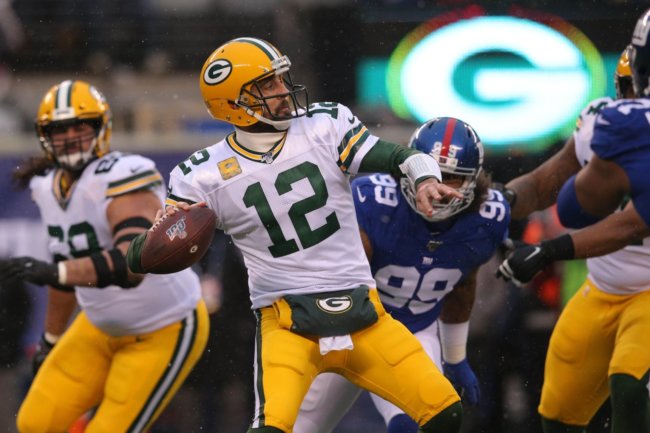 As Packer fans, our attention now focuses on the Monday Night Football game between the Minnesota Vikings and the Seattle Seahawks. Needless to say, we are all Seahawks fans tonight. Here are some Vikings memes to aid your trash talking on social media. Also, here are the betting lines for that game from Sportsline: