The Green Bay Packers will travel to California to play the Los Angeles Chargers at Dignity Health Sports Park(to be replaced next year by the SoFi Stadium which they will share with the Rams). While this certainly isn’t a must-win game, it does appear to be a should-win game. But any given Sunday yadda yadda yadda…

For those wondering: Will Davante Adams play against the Chargers? The answer is: yes, it’s very likely at this point. I doubt he’ll be used heavily so use caution when starting him in your fantasy league. Officially, he is still listed as questionable. Just having Adams on the field will keep the Chargers’ defense on edge.

Despite missing all of October, Adams is still 2nd on the team for number of receptions. He is currently behind RB Aaron Jones who, along with RB Jamaal Williams, have done a fantastic job as reliable receiver targets for Aaron Rodgers in the absence of Adams.

While the Chargers have a mostly anemic offense this season, their defense is respectable with a current ranking of 10th in the league for opponent points allowed.

This is sort of a home away from home game for Green Bay for two reasons:

1) Most people in LAX do not give a shit about the Chargers, nor should they

The Chargers will be without DT Cortez Broughton. Also, DT Brandon Mebane, DT Justin Jones, and S Roderic Teamer are listed as doubtful.

This week the Packers moved TE Jace Sternberger off the IR to the 53-man roster. Meanwhile, TE Robert Tonyan is listed as questionable. Both are behind Jimmy Graham and Marcedes Lewis on the depth chart so this shouldn’t be much of a factor. 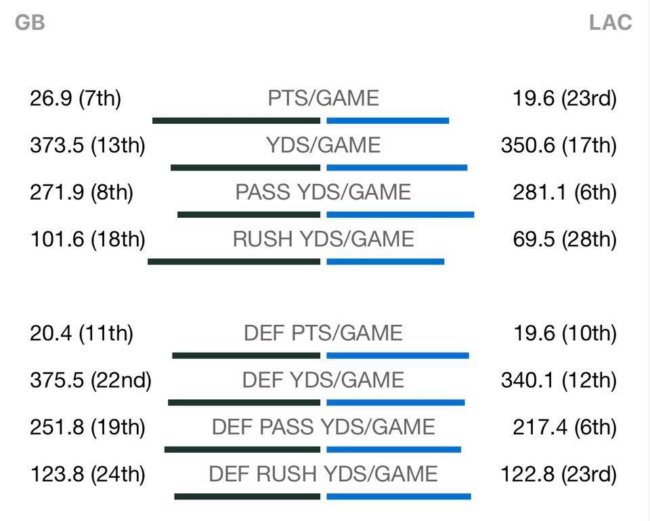 We stole this from 1265 Report 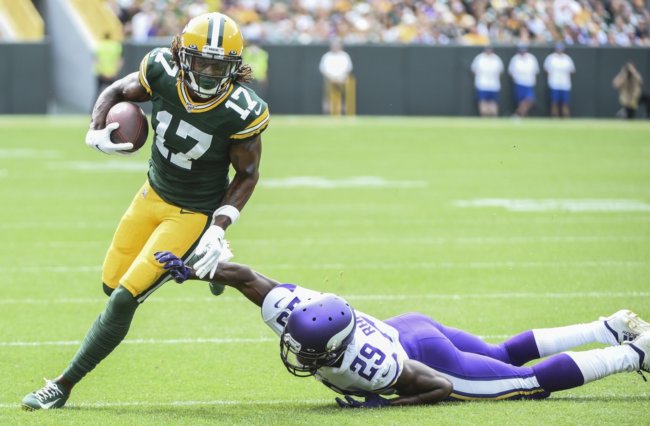