This is the time of the season most Packer fans get excited about: Green Bay is in the homestretch to the playoffs and Lambeau Field is covered in snow because it’s now cold as fuck in Wisconsin. Home games in November/December (and hopefully January) are a special kind of football. It’s also extra fun when they’re playing a team like the Panthers that are based in the much warmer southern United States.

What could possibly fuck this up? Joe Buck and Troy Aikman on commentary, that’s what. Be sure to check out the radio broadcast of the game[WTMJ (620 AM)] so you can put those clowns on mute.

As mentioned already, it’s going to cold but snow is not likely to happen in Green Bay on Sunday except for some flurries. We’ll see.

The Packers will not have another home game until December 8th when the Washington Redskins come to visit.

The Packers are 9-6 overall against Carolina, with wins in six of the last 10 (including playoffs).

The Packers are fairly healthy at the moment with, as of right now, only TE Robert Tonyan listed as doubtful and CB Jaire Alexander and S Adrian Amos both listed as questionable.

The Packers are heavily favored to win by so-called experts: https://pantherswire.usatoday.com/2019/11/09/panthers-packers-week-10-expert-picks/

BetMGM has Carolina as a five-point underdog for this matchup

In the previous 15 years, the Panthers have only played in seven games with a temperature of 35 degrees or lower with a record in those games of 2-5

Here are some interesting rankings for the Packers’ backs that reflect how often they have been targeted as receivers so far this season: 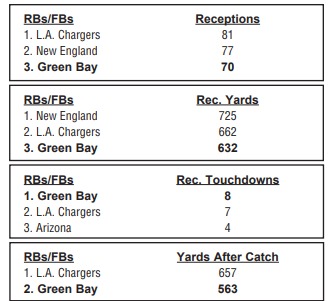 Here is a clip from earlier in the week when Head Coach Matt LaFleur spoke with the press about strategy against the Panthers: 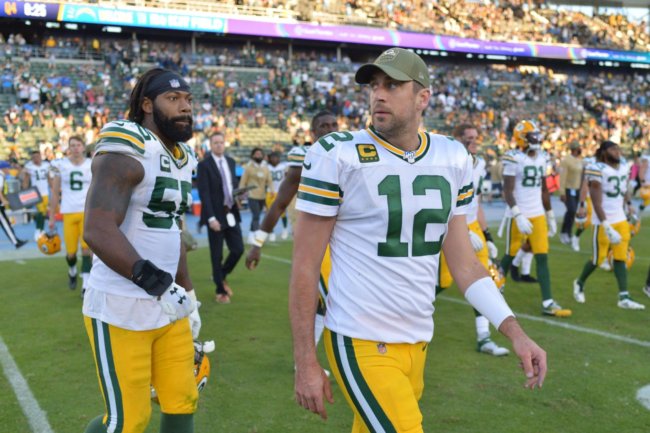