The Packers will now go into their bye week at 8-2 and on top of the NFC North division. Certainly not a bad place to be right now. While the buzz over their defense has mostly died down, their offense continues to impress while remaining relatively healthy as they look towards the playoffs.

WR Davante Adams was finally back at the top of his game. The second half started with a sack on Rodgers and a penalty on OT David Bakhtiari that set the Packers up for a depressing 2nd and 26 but Rodger’s favorite receiver Adams was there to save the day(who, as Troy Aikmen enjoyed pointing out, was open the previous play but it would have been brought back anyway because of the Bakhtiari penalty). 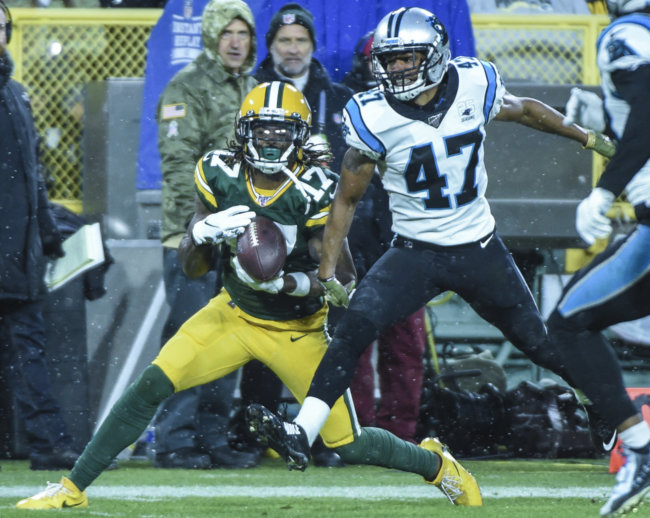 WR Allen Lazard was robbed of two decent first-down catches because of officials. The first one did look like the ball might have hit the ground but the defensive pass interference call against him in the second quarter was a joke. This led to a punt but a fumble by Kyle Allen led to a fumble recovery by Montravius Adams so the Packers were able to continue their drive almost right away.

Also gotta mention that TE Jimmy Graham at least earned his salary for this game with a very important reception in the second quarter during a drive that eventually led to Graham getting a would-be TD reception but it was called back due to him not bringing both feet inbound. The drive ended up going scoreless as LaFleur decided to go for it with 2 seconds left in the first half. What’s interesting about that 89-yard 13-play drive prior to the final play was that #93 Gerald McCoy was called for a late hit on Rodgers at the beginning of the drive but he was able to redeem himself by stuffing the final run attempt by RB Jamaal Williams.

Surprising no one, RB Aaron Jones was the big star of the game with 3 TDs which places him and Panthers RB Christian McCaffrey tied at the top of the league with 14 TDs for the season each. RB Jamaal Williams was not able to make it into the end zone this game but he had 63 yards with a long of 16-yards. 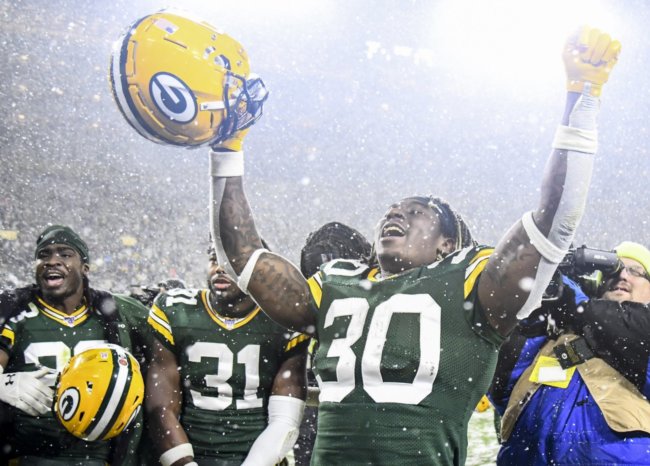 Defensively, Preston Smith had two sacks in the game with a total of 10 for the season which places him tied at 3rd in the league. Veteran CB Tramon Williams claimed the only interception of the game with a pick in the 3rd quarter in the end zone after it was tipped by S Adrian Amos. Earlier in that same drive, S Ibraheim Campbell forced a fumble but it was recovered by the Panthers.

CB Kevin King blew his coverage on Panthers WR DJ Moore in the first quarter during the second drive by the Panthers which led to a big gain.

S Darnell Savage missed a golden opportunity for a sack on Panthers QB Kyle Allen with a safety blitz that had him primed for contact but the tackle was missed and it led to a first-down run by Allen. In the next play, Allen then shook off another sack attempt by Za’Darius Smith.

It’s also worth mentioning that the Packers were called for 10 penalties while the Panthers only had 5.

The Vikings, carried by RB Dalvin Cook, squeaked by the Cowboys while the Detroit Lions, without QB Matt Stafford who has fractured bones in his back, fell to the Chicago Bears. The Packers are overall pretty healthy right now but this bye week is still much needed as they will return in Week 12 to play the 49ers in San Francisco.