by Jason Parker
in News and Rumors
33

Not only is it game day, it is Lambeau Field game day as Old Man Winter is just around the corner with temperatures dropping in Green Bay. As I mentioned yesterday, snow is not likely except for some flurries later in the game. Either way, the Carolina Panthers are in for a treat as the temperature is expected to be well below 35 degrees before the end of the game. The next game at Lambeau will be almost a month away from now because of next week’s bye-week and a couple of away games for the rest of November so savor the flavor for now.

Following last week’s embarrassing loss to the Chargers, I hope to see QB Aaron Rodgers continuing to target WR Davante Adams but also incorporating his backs Aaron Jones and Jamaal Williams as well as the younger receivers like Allen Lazard who had stepped up in the absence of Adams. While there were obviously a lot of other factors at play, the return last week of Adams seemed to thwart the offensive momentum we were seeing before that game that had Rodgers targeting many different players leaving defenses guessing.

In case you were not aware, Cam Newton and his fashion prowess will not be with us this evening as he has been injured for a while and was also recently placed on the IR on November 5th:

From @NFLGameDay: #Panthers QB Cam Newton is now considering surgery following being placed on IR, with the goal of being healthy by March… when his future will be decided. pic.twitter.com/P3iVbughE9

It’s also looking pretty doubtful that he’ll be getting a lucrative extension from the Panthers.

In his place we’ll see 23 year old Kyle Allen who, despite a terrible performance against the 49ers on October 27th, has held his own and performed decently in place of Newton since September. Allen has a QB rating of 87.8 this season but this was marred a bit by his weak performance against San Francisco in which he threw 3 interceptions.

Rob Born recently wrote an interesting piece comparing Packers RB Aaron Jones and Panthers RB Christian McCaffrey — be sure to check it out if you have not read it yet. 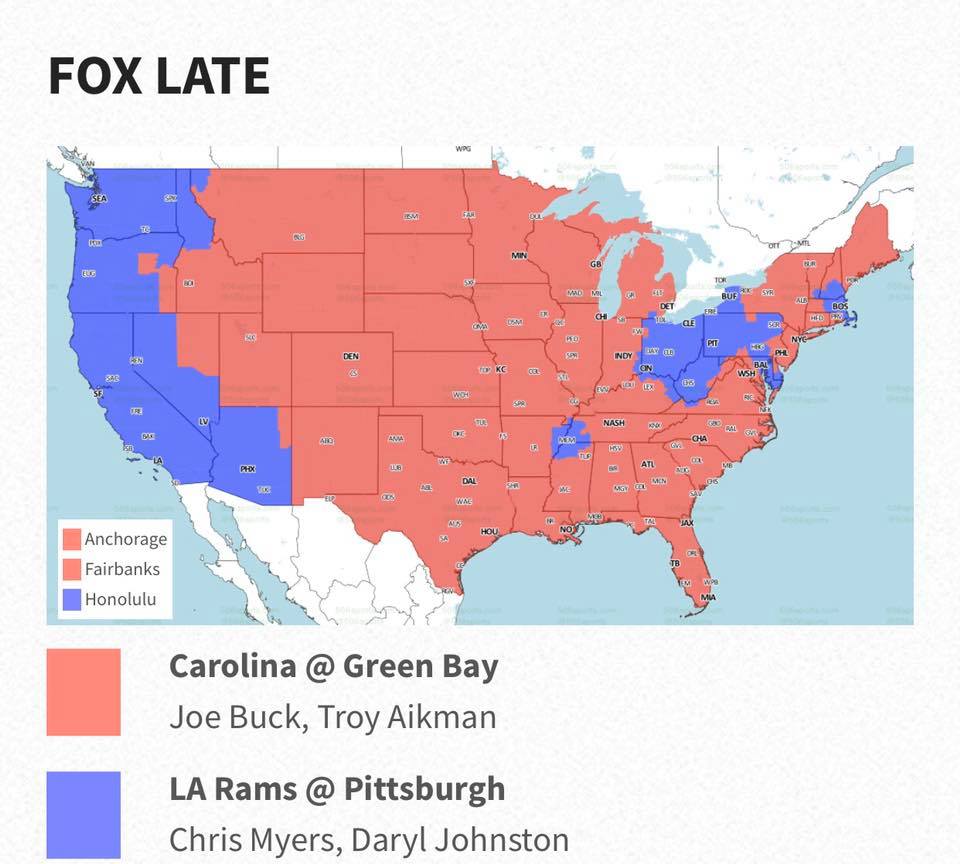