After an extremely busy off-season of roster moves and also following a disappointing 2018 season, the 2019 Green Bay Packers roster has been completed this weekend. The 2019 season is now upon us with the Packers facing the Bears on Thursday night in Chicago. 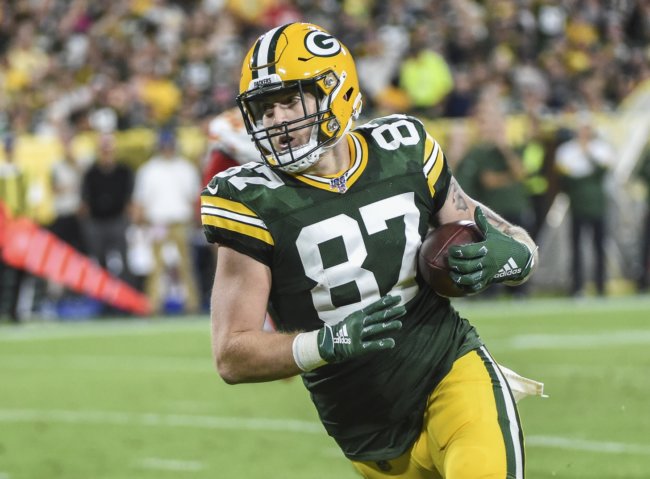 Gonna get this out of the way first: DeShone Kizer was given the boot and Tim Boyle will be backing up QB Aaron Rodgers this season. Boyle was just looking better and better as time went on. Kizer seems to lack the quickness and reaction time in the pocket that is desperately needed in this league.

Mason Crosby will return for his 13th season with the Packers. Sam Ficken wasn’t able to impress anyone well enough to show Crosby the door just yet. While only 34, Crosby does look like he has already chased a few kids off his damn lawn. Some financial details:

More on Packers K Mason Crosby retaining his job: Was told there was no conversation about restructuring his contract, meaning he did not have to take a pay cut. He's entering the final year of his deal, which includes a $3.2 million base and up to… https://t.co/nzQ98BH47U

As far as wide receivers, the Packers stuck with Adams, Allison, Valdes-Scantling, Kumerow, Davis, and Shepherd. Geronimo Allison was one of the “maybes” in a crowded group of wide receivers prior to the recent roster cuts. J’Mon Moore was wisely shown D’Door as his lack of consistency made him stand out as the one of the worst of the group during the preseason.

Jake Kumerow will get to prove his worth another season. He stood out during preseason and just seems to have the overall right attitude and hustle for the job — not to mention he seems to have worked well with Rodgers in the past. CB Jaire Alexander recently referred to Kumerow as a “beast”. Just what we need.

Allen Lazard didn’t make the cut for the primary roster, but we may not have seen the last of him. Trevor Davis and Darrius Shepherd both made the roster against tough odds. Shepherd’s return abilities will be much appreciated this season. Equanimeous St. Brown was placed on the injured reserve following an ankle injury.

Fan favorite Danny Vitale will be given fullback duties this season. Promoted to the active roster this past December, Vitale has not seen much action yet but appears to be ripe with potential. Rob Born recently wrote about his massive size and pointed out that his inclusion in this season’s roster was a sure thing.

Another year in Green and Yellow 🏈 🧀 pic.twitter.com/9jZHHSyA4j

Another surprise for some was that ILB Curtis Bolton did not make the team and has been waived. Bolton is an undrafted rookie from Oklahoma that made a good impression during practice and the preseason.

Curtis Bolton went from exciting young player with a chance to start, to off the team in a matter of two weeks. Injuries derailed his Oklahoma career and they’re already setting back his NFL dream. That just sucks. Not his fault. Body betraying him. Kid works his butt off.

As of right now, barring any upcoming moves, this is the roster that will face the Chicago Bears in week 1 at Soldier Field with a first-year coach. It’s going to be wild, uphill ride this season.

Previous Article
2019 NFC North Forecasts: Packers on the Bubble to Make the Playoffs
Next Article
Will the Run Game Be the Key to Packers-Bears Confrontation?