Well, I’ll be damned. The Packers with freshman coach Matt LaFleur have marched into Soldier Field and left with a fat W as Bears fans were booing and crying along the way.

The Bears defense didn’t do so bad themselves and deserve some recognition. The Packers’ first drive of the game was looking really bad as the Bears defense pushed them back to their 15-yard line at 4th and 20(which isn’t so bad once you see a 3rd and 40). There’s also something strangely satisfying about watching someone like Jimmy Graham try to block someone like Khalil Mack.

This is the first time under Aaron Rodgers that the Packers have negative yards gained (minus-12) through the first three drives in a game, according to ESPN Stats & Info. https://t.co/i2dSfyULqc

Their defense held the Packers to only 47 rushing yards with Aaron Jones averaging 3-yards per carry. Of course, the Bears only managed 46 rushing yards themselves. Someone mentioned here recently in the comments that it is going to be vital to sell the run for play action to even be taken seriously. I’d say that Packers came up short of that requirement last night. The longest run of the night at 10 yards was by Rodgers.

Rodgers was sacked 5 times for a total loss of 37 yards. Packers punter, JK Scott, recorded 9 punts in the game and it should also be mentioned that the Packers did not manage a single first down in the 1st quarter and produced an embarrassing -12 yards(that’s right, negative twelve). Rodgers seemed acutely aware of this and started the 2nd quarter with a 47-yard pass to WR Marquez Valdes-Scantling (MVS). I imagine the sad remains of Rodgers’ once glorious mustache has become sentient and was giving him shit about the first quarter.

Jimmy Graham was out to prove himself still worthy this season of the big bucks and did a good job of it. There was one deep pass he missed an opportunity on, but overall, we saw how much more utilized he will be by the offense this season.

Trubisky played like some shitsky thanks to Blake Martinez and the rest of the Packers defense. While his numbers look decent, he didn’t deliver when it actually mattered. He also managed two delay-of-game penalties in a single drive in the 3rd quarter. Way to go, guy. Maybe someone like Rodgers can sit out the preseason, but Trubisky might want to take more than just a few snaps next preseason. 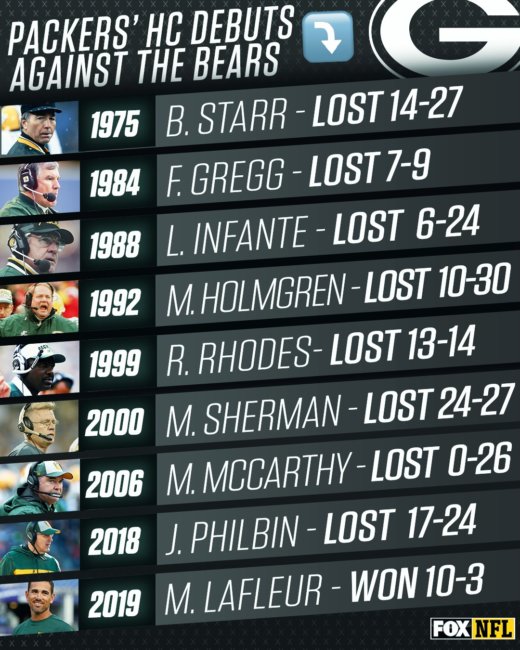 Packers defense won the day, and as of right now, they’re living up to hype built up around it during the off-season. Clay Matthews and Nick Perry will be missed in spirit, but the Packers D kept calm and carried on without them under Pettine’s leadership. It was a smart move for LaFleur to keep Pettine around and for the front office to focus on his players and that showed in this very first game of the season. 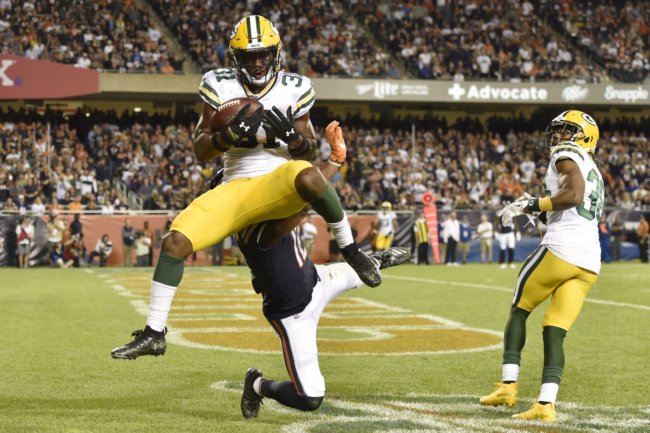 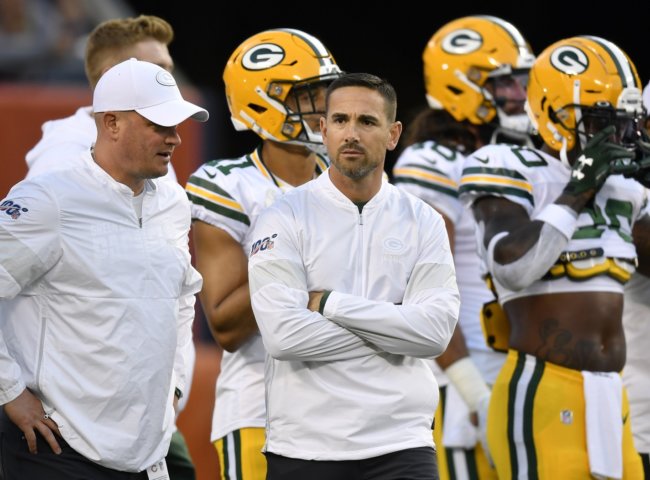 Whatever happens, we saw a 3rd and 40 tonight. That really happened.

Last night has to be disparaging for Bears fans, as being unable to stop the Packers at home with the odds stacked in their favor has to be a punch in the gut. Chicago will play Green Bay at Lambeau again on December 15th.

Previous Article
It’s time to Give a Grade to Brian Gutekunst
Next Article
Packers, and Especially Their GM, Had a Satisfying Thursday Night