A Preview to the 2019 Season for the Green Bay Packers

by Andrew Rockman
in Articles & Analysis
23

Without doubt, one of the best men amongst the ranks for the Green Bay Packers is Aaron Rodgers. His stats speak for themselves, he has thrown over 4400 yards and his TD/INT ratio is a breathtaking 25/2. What is more? Rodgers was a regular through the season and was included in the starting line – up for all 16 regular season games.

Despite having someone like Rodgers, it was bitterly disappointing that the Green Bay Packers could only manage six wins and came nowhere close to qualifying for the playoffs.

A day that Green Bay Packers fans will want wiped clear from their memories is when the weakened Cardinals came to town and were able to get the better of the Packers without even much of a fight. Going into the game, The Packers were strong favorites, but they managed to botch it spectacularly. 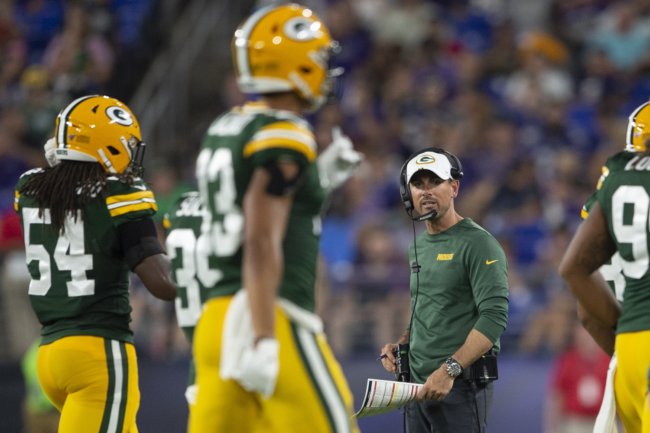 What can we expect from the Packers in the upcoming season?

There are some positives going into the new season as far the Green Bay Packers are concerned. They have strengthened their squad and in particular, their defense is looking really good, at least on paper at this point. New additions include Preston Smith and Za’Darius Smith who are speedy edge rushers, and Adrian Amos a safety from Chicago.

In the draft, the packers were able to procure Rashan Gary. The new additions should give Green Bay a much better chance. Who knows? Some fans even think the Packers’ squad is good enough to qualify for the road to Super Bowl LIV.

So far, the packers have depended heavily on Aaron Rodgers, and for good reason – Rodgers can make throws which a lot of other professional quarterbacks can only dream of, he is also a great leader that is able to handle pressure with nerves of steel. However, a football team is not just about one player; it is not a one man army. Hopefully, Green Bay Packers’ new additions can contribute and work with Rodgers to really take the team to new heights this upcoming season.

What will be the biggest challenge for the Packers?

We saw it far too often last season, the Green Bay Packers’ offensive line left their star quarterback exposed with virtually zero protection. Despite being one of the most dynamic and agile quarterbacks in the league, Rodgers was the 5th most sacked in the league last season, he was sacked 49 times.

With Billy Turner coming in from Denver and Elgton Jenkins being drafted into the squad, the Green Bay Packers have halfheartedly dealt with this issue, but will that be enough?

The upcoming season brings with it a plethora of NFL betting opportunities and here some of the current odds that might interest punters.

With the pre-season drawing to an end and the regular season just days away, it is time to find some betting value. The New England Patriots of course are strong favorites to win the Super Bowl with odds of 6-1. Other top contenders include Kansas City Chiefs, also at 6-1 and Los Angeles Rams and New Orleans Saints, both at 10-1. Green Bay Packers odds are 14-1 to win Super Bowl LIV.