It’s good to be back, now that the long-awaited training camp has commenced.

Even from my vantage point 1,922 miles west of Lambeau Field (by car), the team’s new emphasis on athleticism and fitness is obvious to me. The McCarthy-Thompson laissez faire days are over. The LaFleur-Gutekunst days have arrived. The new Packers expect their players to be as fit and athletic as possible. Mike Daniels didn’t pay heed to the message.

Back on May 5, here’s what I had to say as an aside concerning the Packers’ veteran defensive lineman:

“Speaking of Daniels, he packs 310 pounds onto a six-foot frame. Too much of that weight is not muscle. . .That hasn’t cut it, though, in the NFL for a couple of decades. My opinion is that Daniels would be more effective if he dropped about 20 pounds, thereby gaining some quickness and agility. . .. I’ll be watching to see if LaFleur puts Mike on the scales daily until he drops well below 300 pounds.”

I got no feedback on that critique at the time, but the Packers’ surprise decision to release Daniels would seem to have a lot to do with Daniels’ physique. In fact, the timing of the release makes me wonder if the Packers did indeed have a talk with Daniels about the weight they wanted him to be at when he reported to camp. The release was first reported on July 24 – the day Packers players reported for training camp. 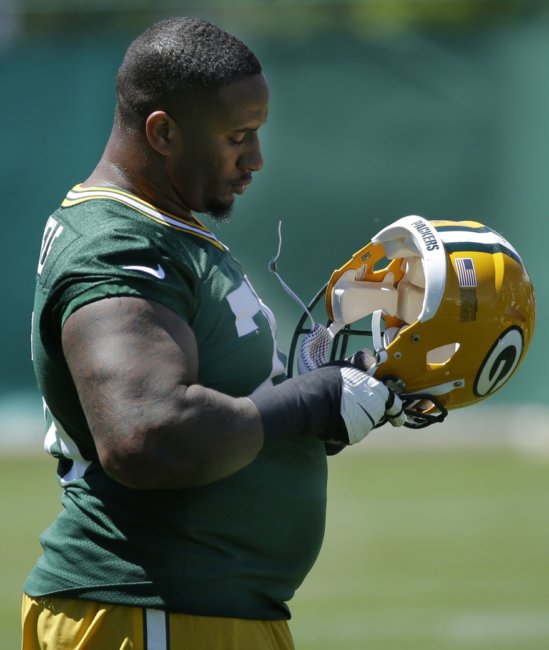 Don’t expect to see much discussion of Daniels’ weight in the press. Fat shaming is as big a taboo in the NFL as it is at a beauty pageant. Coach McCarthy denied Eddie Lacy’s weight problem for three years. My new Sports Illustrated is a celebration of cover girl Serena Williams and her beefy body.

While Serena has proven the exception to the rule, by excelling at tennis despite a non-ideal physique, Daniels’ stats suggest the opposite. Though he was limited to just 10 games with a foot injury in 2018, his total for the year was 26 tackles, two sacks, five tackles for loss, eight quarterback hits and 14 quarterback pressures. By the way, most of the very overweight people I’ve known have been highly susceptible to foot injuries.

Daniels had a year left on the four-year, $41 million extension he signed in December 2015. Two days after his release, he signed a one-year, $9.1 million contract with the Detroit Lions – so we should be seeing a motivated Daniels at Lambeau on October 14 and in Detroit for the final regular-season matchup on December 29.

While I too have admired Daniels for his great effort, any athlete making $9 or $10 million per year owes it to his employer, and his teammates, to maintain a high level of fitness.

Daniels didn’t display such commitment or discipline. I hope other players take heed to what the Packers’ new front office has signaled: effort on game day is great, but if you want to play for this team you need to practice dedication and professionalism all year long.

I’d say that moving on from the 30-year-old Daniels was a smart decision by the Packers.