By the end of last year’s season, any optimism towards the Packers’ near-future could easily be dismissed as being naive. However, due to several promising moves by the front office during this offseason including an overall respectable draft performance, being optimistic about next season isn’t too crazy of a notion. In fact, many analysts among NFL sports media have begun to recognize this fact.

Pete Prisco with CBS Sports recently placed the Green Bay Packers at #2 in its list of 2019 NFL Power Rankings:

Some teams had what I considered to be great drafts, but they might not be as impactful this season as they will be in the future. That means those teams and those players could still be a year or so away.

But for the good teams, those impressive drafts can play key roles in 2019. One of those teams that had a good draft to help its roster was the Green Bay Packers. The Packers have had a great offseason all the way around – at least when it comes to adding to the roster — which is why they are in the No. 2 spot in my Power Rankings.

After loading up on defense in free agency by landing pass rushers Za’Darius Smith and Preston Smith, as well as safety Adrian Amos, the Packers came back and had a good draft. They added edge player Rashan Gary and safety Darnell Savage in the first round, while third-round tight end Jace Sternberger should help Aaron Rodgers in the middle of the field.

The Packers are much better now than a year ago – at least on paper. Oh, and they still have Aaron Rodgers. Yes, he’s learning a new offense under first-year coach Matt LaFleur, but that could be a good thing. It’s fresh. The Packers got stale on that side of the ball.

Green Bay still needs some young players to step up at receiver, but I think the talent is there. The offense will be dynamic again. And I think the improvements on defense make Green Bay the team to beat in the NFC.

Even as a Packer fan, I would say that might be a bit optimistic but I really hope that I am incorrect. Naturally, New England tops the list because of that deal Bill Belichick made with the devil that everyone knows about by now. Jokes aside, the Patriots have made some smart offseason moves of their own(as usual), but we will not dive into that here.

NFL.com analyst Adam Schein predicts that the Packers will win 11 games next season and will sit atop of the NFC North:

I love what Green Bay has done this offseason. General manager Brian Gutekunst arguably added five defensive starters in free agency (S Adrian Amos, DE Za’Darius Smith, OLB Preston Smith) and the draft (DE Rashan Gary, S Darnell Savage). Big for a unit that hasn’t cracked the top 20 in points allowed since 2015. Gutekunst also upgraded two offensive areas that needed attention: offensive line and tight end. And I love the appointment of Matt LaFleur as head coach. With a clean bill of health, Aaron Rodgers’ “I can be coached” tour is going to be real and spectacular.

ESPN’s 2019 NFL Power Rankings is little bit less hopeful than CBS Sports but also gave the Packers’ offseason moves high ratings while placing them at #12 on the list:

Where the team improved this offseason: Speed on defense. The Packers got younger and quicker at the edge position by signing Preston Smith and Za’Darius Smith in free agency, and by taking Rashan Gary at No. 12 in the draft. And then on the back end, the addition of first-round safety Darnell Savage Jr. (4.36-second 40-yard dash at the combine) and sixth-round cornerback Ka’dar Hollman (4.36 at his pro day) made them faster there, too. They might also have helped their defensive speed in the middle if seventh-round inside linebacker Ty Summers (4.51 at the combine) can make the team. — Rob Demovsky

Meet your new NFC North favorites, led by early coach of the year frontrunner Matt LaFleur. Aaron Rodgers will be rejuvenated for a big season, and all the major defensive upgrades will pay off to give coordinator Mike Pettine more of the impact he wants.

On the other hand, Tom Silverstein with Packers News does not have such a rosy outlook for next season. He argues that the new management structure is just a disaster waiting to happen(what follows is a direct quote but what precedes is my own paraphrasing):

[In regard to Thompson’s departure:] Murphy acknowledged that [Russ] Ball has a tremendous amount of responsibility, much of which he had before. But he acknowledged that before the change, Ball had to clear every decision he made with Thompson before moving forward.

Now, nearly every football decision except team personnel goes through Ball’s office, and multiple sources said he has Murphy’s ear more than anyone else, creating an uneven dynamic in what was supposed to be an equal split of authority. Gutekunst has full say over the 53-man roster, but unlike Thompson and Wolf before him, he doesn’t control the message inside and outside the building.

Ball never speaks to the media or is out front when news is announced.

Under the current structure, the club doesn’t have a strong public presence like when McCarthy, Wolf or Mike Holmgren were leading the way. LaFleur didn’t come in and say he was going to win a world championship like McCarthy did or bring a pair of Super Bowl rings with him like Holmgren did. From all indications, he doesn’t have a forceful personality.

Similar to Bleacher Report’s piece on the McCarthy/Rodgers drama, Silverstein relies on some unnamed sources so you will have to take that into account. Not naming sources to protect their identity is as old as journalism so I do not hold that against him but just something to keep in mind while reading it. 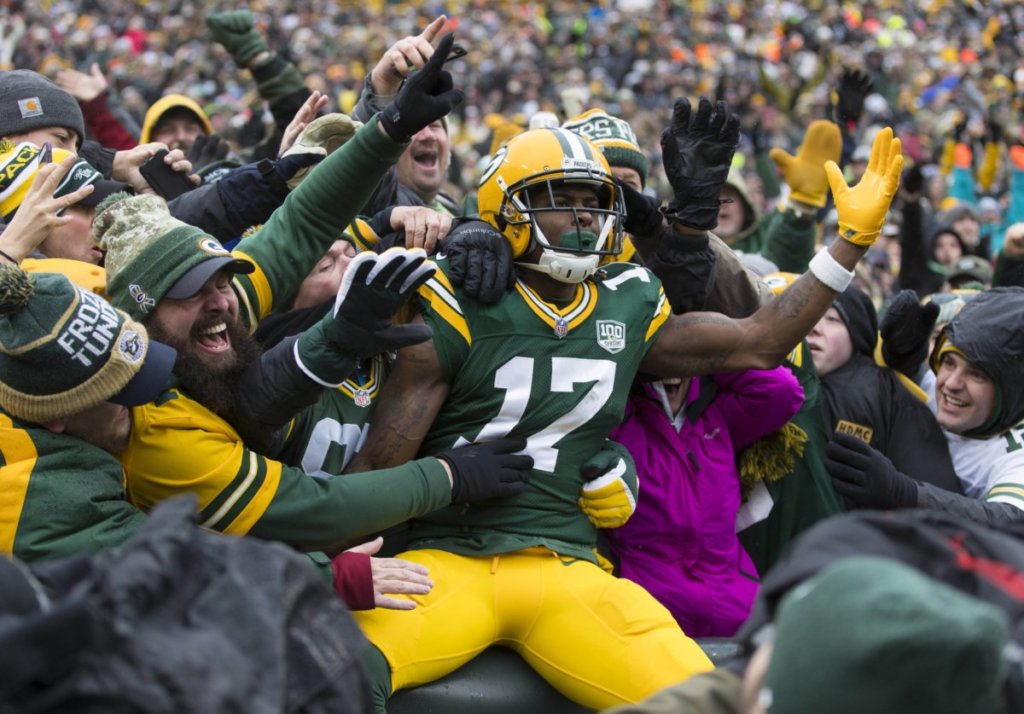 As for power rankings, we are well aware of their usefulness(read: almost not at all useful), but they are good for measuring sentiment among sports journalists and provide at least a vague idea as to where each team stands as far as their perceived potential among analysts. As for the Packers, I very highly doubt we will be sitting out the playoffs next year. Beyond that, no one can accurately say.