NFL.com analyst, Bucky Brooks, placed the Packers #21 pick, Safety Darnell Savage, at #9 with a ranking based on each team’s needs and what was available at the time. You can see the full list here: http://www.nfl.com/news/story/0ap3000001028979/article/2019-nfl-draft-ten-best-fits-between-team-and-draft-pick

The analyst went on to say the following about Savage:

Packers defensive coordinator Mike Pettine has an intriguing chess piece at his disposal with Savage. The Maryland standout is a dynamic safety with the capacity to align at free safety, strong safety or nickel corner in a base or nickel defense.

ESPN.com notes how risky of a pick Rashan Gary was in their coverage of the Packers’ 2019 draft:

This is a risky pick for two reasons: injury history and a lack of production. Gary played through a shoulder injury that was reported as a torn labrum, although Gary denied that Thursday, and he had just 3.5 sacks in nine games last season for the Wolverines. In short, he was an injured underachiever.

Andy Benoit with SI.com assigned the following grades to each pick:

Overall, I think Savage is my favorite pick from the draft for the team and seems to be popular with other fans as well. The dude is fast and has an impressive vertical – but most important of all, he will fit in well and should start contributing to the team this coming season more so than some other picks. Mike Pettine seems to be happy with both of the 1st round picks so I can only trust his judgement at this point. Real Talk: We have ourselves a potentially Top 10 Defense for next year and that is something to get excited about.

Manny Wilkins will sign as an UDFA with the Green Bay Packers! 🔱x🧀 pic.twitter.com/2TdP9ZuhLK

Here is a complete list of Packers UDFA moves:

While Clay Matthews’ departure was not a shock to most that follow the team, there still are a lot of fans with an emotional attachment to the guy. Kind of a needlessly distracting move on the part of the Packers. While the number certainly doesn’t belong to Matthews, it just came off as a poor move. Too soon? Let us know in the comments below.

Clay Matthews had an amusing response to the issue himself:

Good to see him keep a sense of humor about the decision. Again, it’s not his property, but the move looked a bit tacky, IMO.

Here is a complete list of numbers being assigned to the new drafts:

Jersey #️⃣ for the 2019 #PackersDraft class

The Packers have waived G Nico Siragusa, per source. He was signed off of the Ravens practice squad in December of 2018. 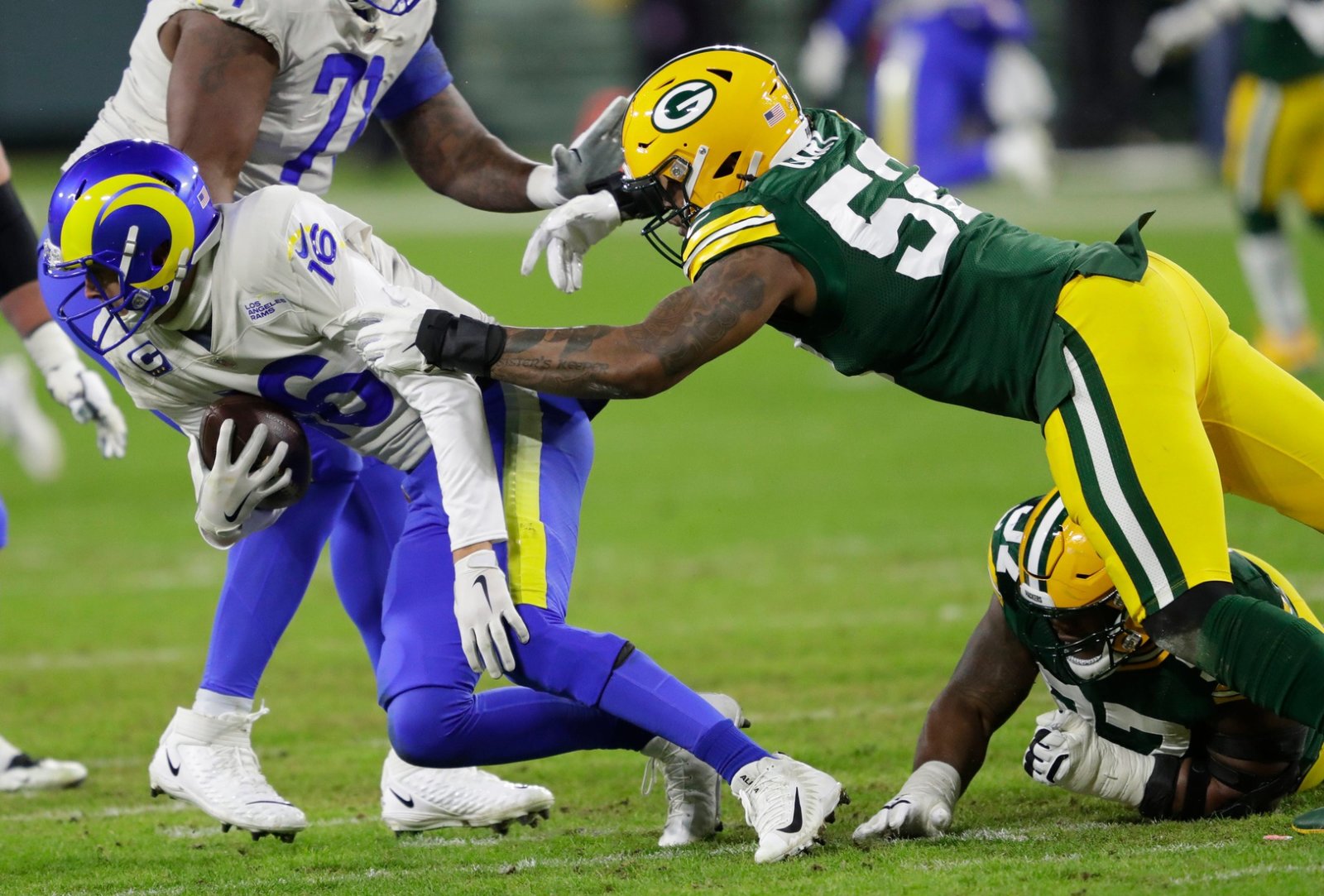