Can Davante Adams Still Improve, or Have We Seen His Best?

by Rob Born
in Articles & Analysis
13

The obvious question is: what must Aaron Rodgers be thinking following the Pack’s 2019 draft actions? I’m pondering a less obvious one: what must Davante Adams be thinking?

I can’t readily think of a receiver, or any other player for that matter, who gets more production out of his physical abilities. He does it by determination, attention to detail, and pure effort.

The recent draft confirms that Davante is again going to have to carry a heavy weight in 2019. The team has no proven or even experienced wideouts to share the load. It got me to wondering about the supporting casts of the other great wide receivers around the league.

Looking at 2018, I’ve listed the top 10 receivers below, based on their passing yardage, and below their names the second- and third- best wide receivers – and for good measure I’ve include RBs and TEs if they are among the top three pass catchers.

Julio Jones, the league’s top receiver, has plenty of quality support from his other WRs, though I’m sure he still gets lots of double coverage.

The Bucs’ Mike Evans also has lots of help: two WR teammates who each had over 800 yards of receptions.

The Chiefs’ Tyreek Hill has the most productive tight end in the league out there with him.

The Steelers had a dynamic twosome in JuJu and Antonio, who accounted for 2,723 yards between them.

The Saints’ Michael Thomas doesn’t get much help from the other wideouts, though RB Alvin Kamara is the league’s most productive pass-catching RB.

The 49ers must have the league’s weakest receiving corps, and their 4-12 record reflects it.

JuJu Smith-Schuster is a phenomenon – he eclipsed Antonio Brown in his second year, and he was just 21 for most of the season. Plus, he came out of Cal Poly – yeah, San Luis Obispo. Maybe this is what put Antonio Brown and his big ego in such a funk. Will a second-round WR pick in 2019, among all those the Packers passed on, be the next JuJu?

Davante Adams does not get the lowest support from his other wideouts, but he’s close to it. Because Valdes-Scantling lost playing time to Equanimeous St. Brown the stats are a bit deceiving. Had either started the entire year, either might have finished with between 700 and 800 yards – perfectly fine for a rookie.

Brian Gutekunst invested heavily in receivers, at least in terms of quantity, in his first year as Packers’ GM, by drafting three WRs in the middle to late rounds. He must be pleased with their development, because he just bypassed several opportunities to draft much more acclaimed college receivers in the draft just concluded in Nashville.

There’s also the “Geronimo” factor. Though he went undrafted, he was off to a great start in his third year with the team: 19 catches for 289 yards, for a 15.2 yards per catch average and for two touchdowns – in just the first four games. If he had kept up at that rate, he would have finished with 1,156 yards on the year. Unfortunately, injuries struck him down.

For the Packers to have a strong passing game in 2019, one or several things need to happen:

I’m inclined to think that 2 and 3 are achievable. I’m guessing that Adams will have another fine year – the guy is fundamentally flawless. However, I don’t see him topping 1,200 yards this time around – due to how intensely he’ll be targeted by defenses.

That will be enough, however, if 2 or 3 comes to pass. I’d be pleased if Geronimo can accumulate 800 yards on the year – his surprising ability to have lots of long catch-and-run completions makes that a reasonable forecast. Geronimo has almost made me a believer.

There are some other scenarios out there by which Green Bay can have a fine year. I’ll get into them in my next post. 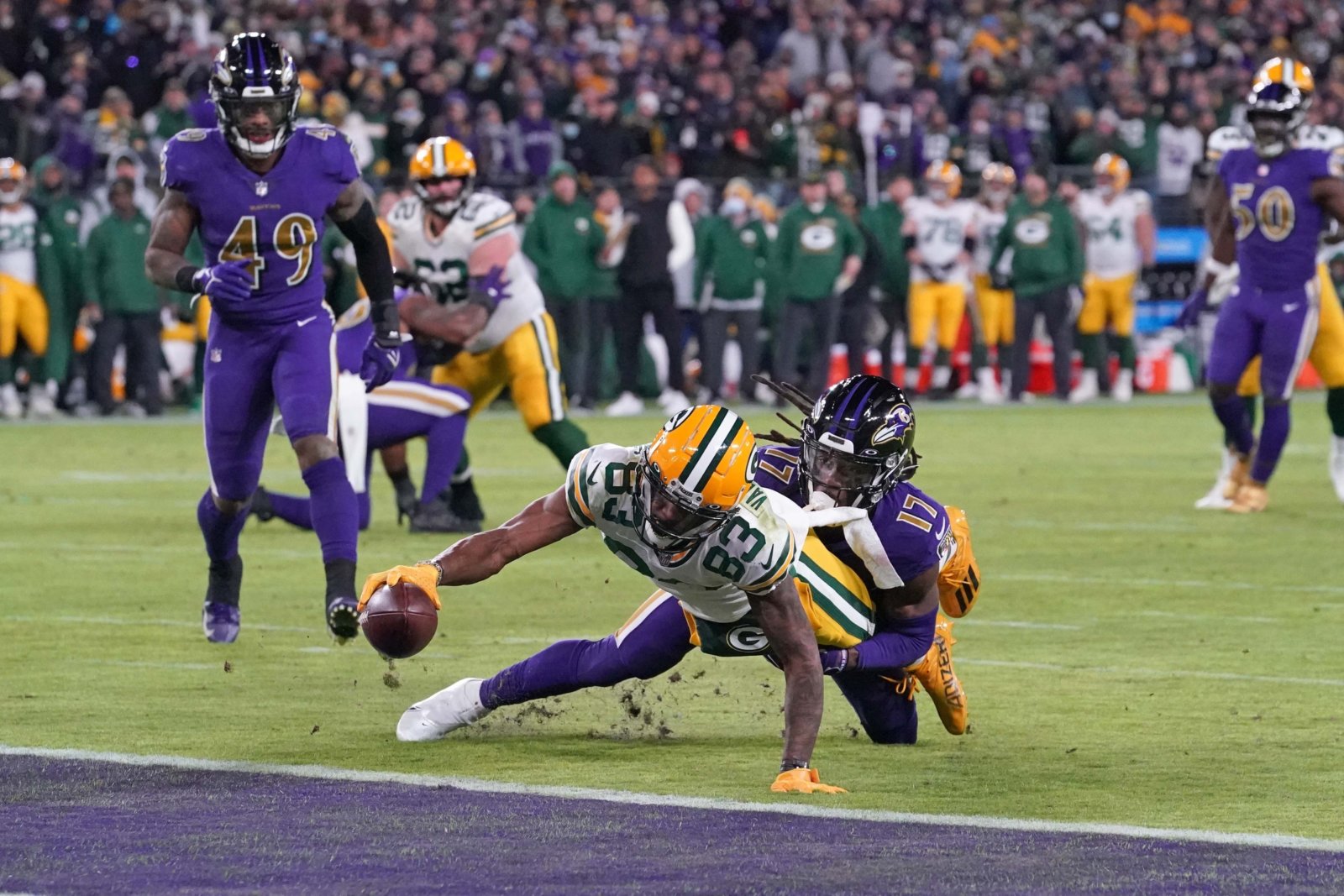