Last year around this time, I ventured this assessment:

The Packers are not positioning themselves for a deep run in the playoffs. They’ve instead launched an effort to rebuild the team for a run in 2019. The turnover in players, coaches, and front office personnel has been massive. Face it, you can’t realistically give up all that continuity, and deal with so much change, without a considerable adjustment period.

The Pack’s 6-9-1 record last season suggests I was on to something. The above words seem to apply equally to this season. So, will the team’s rebuilding plans extend through a second season? The corollary question is: will the fans tolerate a third straight year of missed playoffs, and a second straight year with a losing record – as Aaron Rodgers’ window slowly (rapidly?) closes?

We’ll have a pretty good idea of what the Packers’ management plans are in a matter of weeks, and maybe even by March 15 – by which time several of the team’s veterans might have been released or already have signed up elsewhere..

The clearest evidence of a rebuilding strategy would be ridding the roster of highly paid but fading veterans. On the other hand, if those monetary savings are poured right back into free agent signings, that might or might not indicate a rebuilding effort. If a bunch of veterans, who are still in their prime, join the team, that would suggest Green Bay wants to contend in 2019. However, if the incoming free agents are players who are still young and developing, that would signify the team is aiming at contending in 2020, or later, but not in the upcoming season.

Some doubters look at the current roster and think the Packers should concede they can’t be a contender in 2019, so they ought to discard their aging veterans and load up on promising young players by all means possible: free agency, trades, and the draft.

Here are some of the players (and their cap numbers for 2019) in the crosshairs should Green Bay commit to phase two of a rebuild:

Players Under Contract and their Cap Hits

Other Players on the Cusp

Most “experts” seem to agree that Matthews, Cobb, and Perry, whose ages at the start of the season will be 33, 29, and 29, are dead ducks. The rumors continue to be that Jimmy Graham will be retained at least for the second year of his 3-year deal.

There hasn’t been as much talk about releasing additional guys who are under contract, but don’t be surprised to see a few others gone in a matter of weeks. 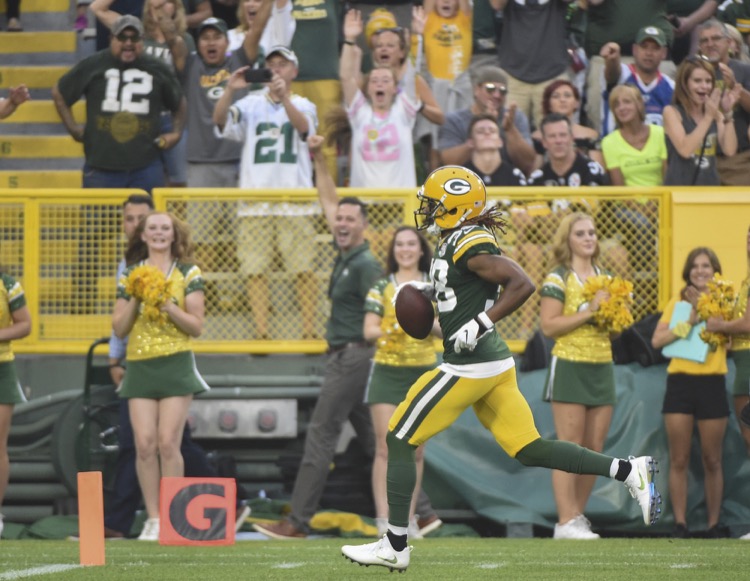 Tramon Williams, who’s both old and has a fairly substantial cap hit, is a likely suspect. On the other hand he took over 99.5% of the defensive snaps last year (at two positions) – where would we have been without him?

Also on the cusp might be Mike Daniels. He’s got quadruple issues: almost 30, a cap hit over $10 million, stats are down, and missed games are up (8 in the last two years).

Though Mason Crosby isn’t old for a kicker and doesn’t have a real high cap hit, he also hasn’t been performing as reliably as when he was younger.

A fourth veteran in some jeopardy is Bryan Bulaga. He’s almost 30, has a considerable cap hit of over $8 million, and has completely missed four, zero, eleven, and two games from 2015-18. There’s also talk that the zone blocking scheme that coach La Fleur plans to use requires speedy linemen, which Bryan isn’t.

Last season I concluded it was a rebuilding season when both Jordy Nelson and Morgan Burnett were let go in March. We should again know, by the end of this month, if the team’s front office has determined that the rebuild effort is a multi-year project. Oh, and I see that last year at this time many were opining that the Pack was “reloading,” not rebuilding. I’m not hearing much of that wishful thinking this time around.