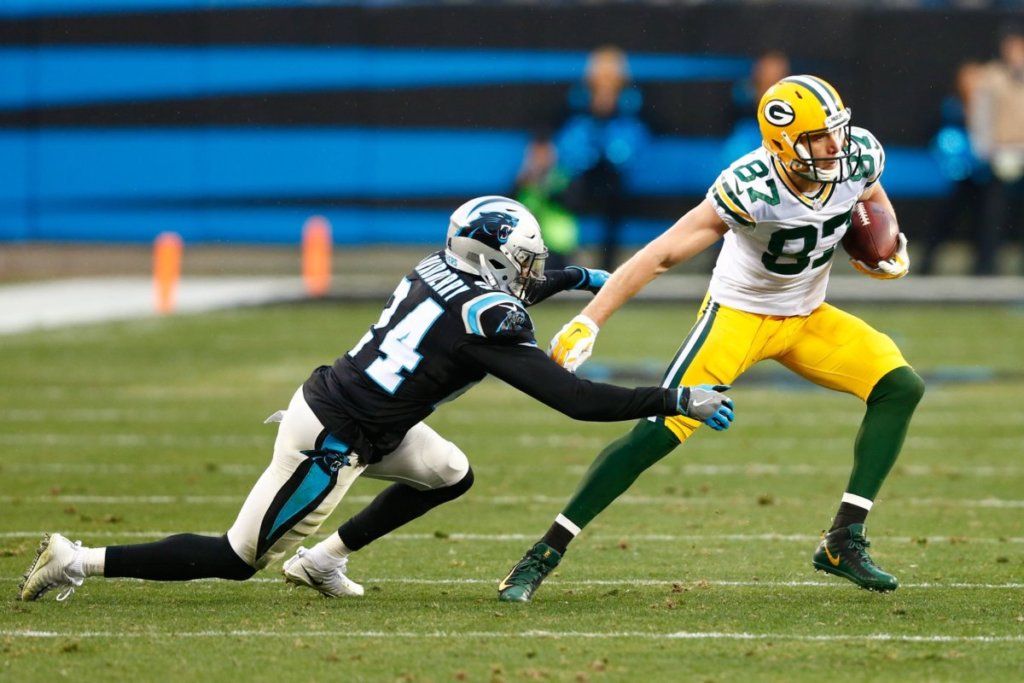 “Toto, I have a feeling we’re not in Kansas anymore.”
– Judy Garland – Wizard of Oz

Jordy Nelson is as good a man – and player – as we fans are ever going to witness coming out of the Lambeau Field tunnel, resplendent in the green and gold.

This man of men developed his character and honed his skills growing up in the Midwest wheat fields. Jordy was born in Manhattan – Kansas, not New York. He didn’t even have to leave town for college – he was a star at Kansas State.

More precisely, Jordy grew up in Riley, Kansas, 20 miles east of the big metropolis. The population was around 800 when Jordy was growing up – it’s now pushing 1,000. He was raised on the Nelson farm, which was established by his great-great-grandfather, who immigrated there from Sweden. Jordy some time ago purchased land back home, as his well-laid plans were to return to full-time wheat-farming when his football days were over. He helps his brother on his farm during his off-seasons.

Of course he was a storied high school athlete, excelling at football (quarterback), basketball, and track. Jordy has worked for all he’s gotten. He was both a redshirt and a walk-on at Kansas State, and didn’t break out until his senior year of 2007, when he suddenly became a first-team All-Big 12 and a consensus All-American.

He was drafted by Green Bay with the 36th overall pick. Someone in Titletown must have envisioned the quiet Midwesterner as having similar potential to the quarterback they drafted 24th overall in 2005.

Jordy must have felt like he was in an alien world when he encountered all the self-absorbed, self-seeking, and self-promoting personalities that predominate in the modern NFL. Green Bay was likely the best of all NFL cities for him to land at.

It took three years for Jordy to crack the starting lineup – and even in 2010, he only had four starts during the regular season. He still was a backup as the 2010 playoffs got underway, but he was given the start in the second post-season game – in which he caught eight of eight throws for 79 yards and a touchdown. In the next game he caught four of five for 67 yards.

Then came the Super Bowl, played against the Steelers in Cowboys Stadium. Jordy caught nine passes for 140 yards and a touchdown. The other wideouts, Jennings, Driver, and James Jones, combined for 142 yards. Aaron Rodgers had a fine game (111.1 passer rating) and was named MVP. I’d say though, that Jordy made the difference in the 6-point victory. Had it not been for Jordy. . .no ring? 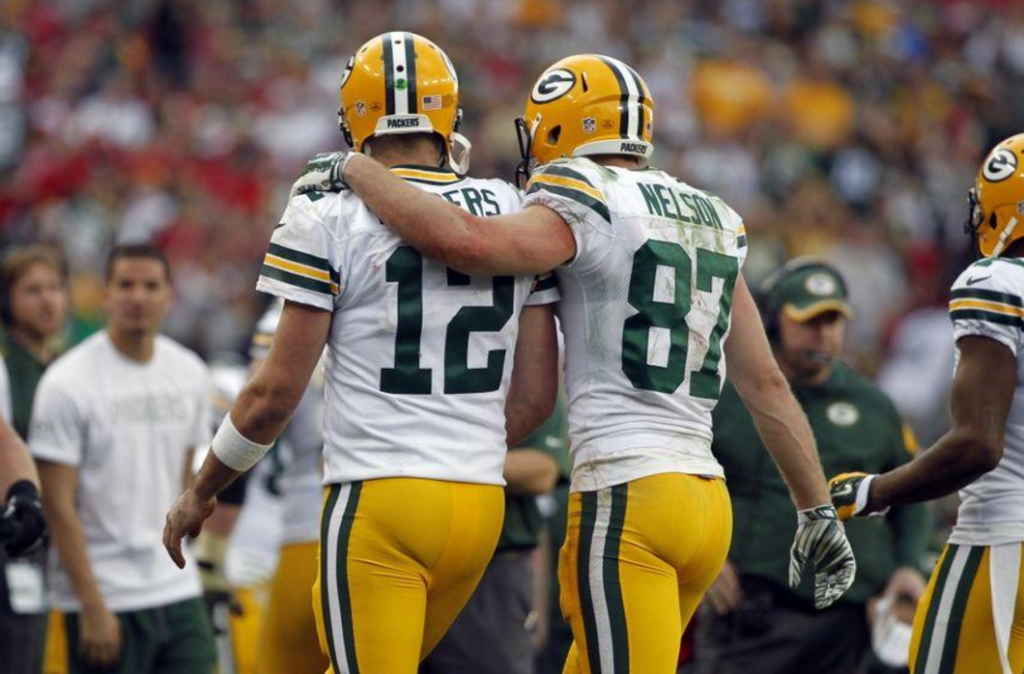 Some will say: Jordy is a nice guy, but not a top-tier receiver. Presumably this group includes those who pick the All-Pro and Pro Bowl players.

As smart fans know, however, these voters occasionally pass over non-glitzy, non-showboat players, and they almost always rely on those at the top of the main statistical charts, which tend on the offense to be the guys who got the most carries, caught the most passes, or threw the most balls.

Jordy suffered in this regard, in part because he had to share receptions with a bunch of talented teammates (Jennings, Driver, Cobb, James Jones). Still, I can say conclusively that Jordy was the most productive and efficient receiver in the NFL during his prime years – and by a wide margin.

In fact I did say that, back on August 23, 2016. Duo Is One for the Ages, 8/23/16 To briefly summarize, in 2014 a Washington Post feature called “Fancy Stats” did a three-year study (2011-13), which compared the passer ratings of the top NFL quarterback-receiver duos, based on the passer ratings when a specific QB threw to a specific receiver.

Way out ahead was Aaron to Jordy, with a passer rating of 143.9. Not only that, this study didn’t include Jordy’s monumental 2014 season: 98 catches, 1,519 yards, 13 touchdowns, and a 15.5 yards per catch average. This statistic is a great way to assess the true value of a receiver.

Digging a bit deeper, consider: In the six years from 2012-17, Demaryius Thomas was targeted by Manning anywhere from 140 to 184 times per year. In Jordy’s entire career he was only targeted more than 127 times twice, and never more than 152 times. Who got the honors? Thomas has been named Second-team All-Pro twice, and selected to the Pro Bowl five times. Jordy’s lone honor was being named to the Pro Bowl in 2014.

It’s not just nostalgia that should cause every Packer fan to salute Jordy Nelson as he readies his quest to be the best goldarn wheat farmer in Riley County. He should go down as one of the Packers all-time greats.

Some of us got to know Emily Nelson a little on “The Better Half” TV show – what a perfect match they make.