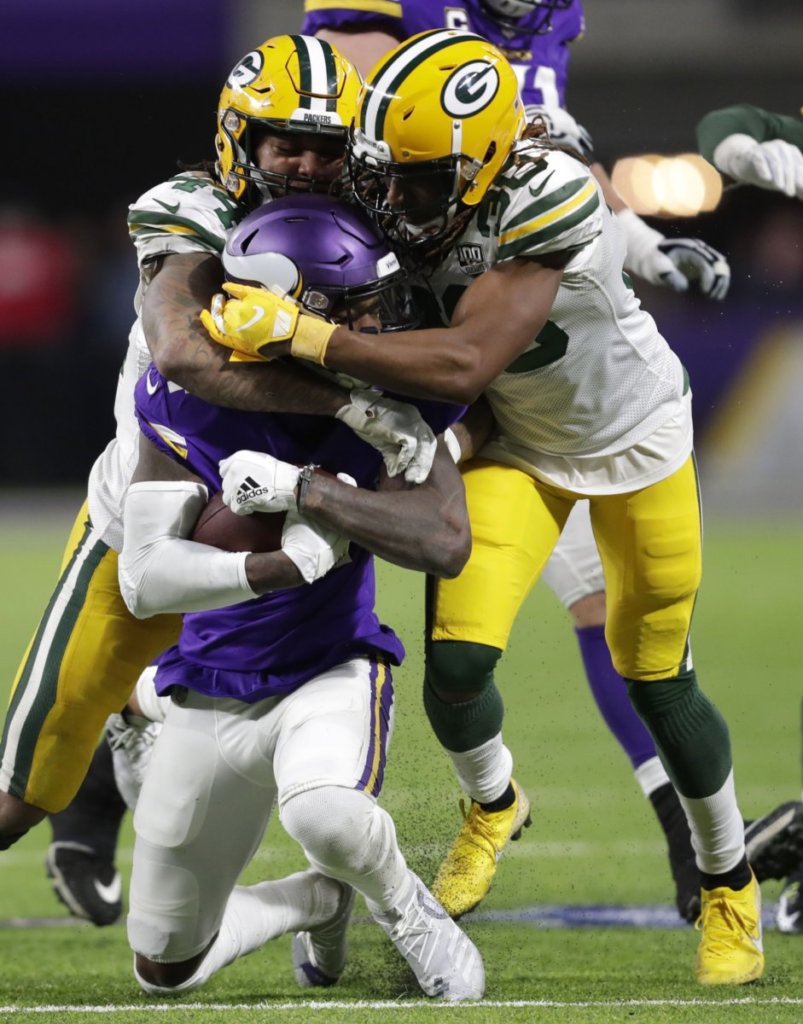 The Packers have waived LB Antonio Morrison, per source. He was acquired in a trade from the Colts last offseason.

A pick up from late last season, Morrison was due a hefty raise so the Pack dropped him prior to free agency.

While it was wishful thinking for most, it’s official that Antonio Brown will not be stirring up shit in the Packers’ locker room next season.

While the Antonio Brown situation rolls on, the Packers won't jump in now and were not involved before. They never had any conversations with the Steelers about the receiver, according to league sources with knowledge of the Packers' actions. https://t.co/Kg5nLNjI8p

It was tough to find teams that were in on Antonio Brown, one of those teams though…the Packers. Green Bay was interested and looking to make moves per sources.

Rapaport also reports that the Packers were never interested:

Some wondered about the #Packers. They were never in it. Many teams are out. Where, exactly, does this go? https://t.co/UmBS4eoQ3N

As I have said before, I think when it comes down to it bringing in someone like Brown while also experiencing an administrative transition is asking for trouble. At this point it also seems like the Bills trade has also fallen through. He should be prepared to make less money for the remainder of his career as his desirability is quite low. He is like a really hot single mom with 3 red headed kids. It’s going to be tough from now on.

John Kuhn getting emotional talking about Aaron Rodgers: “I will never forget the card games, the game day walks down the tunnel and the feeling of playing in a game alongside you. I truly believe we’d win every game with you as our quarterback.” #Packers

You can also watch Kuhn’s retirement speech at Lambeau with this link:

Randall Cobb, now a free agent, was shown some interest last year from the Patriots:

Packers are supposedly interested in Kansas City Chiefs OLB Dee Ford. Watch the video of Ian Rapoport discussing this here. NFL.com points out some of the hurdles involved in such a trade:

Whether a trade for Ford can be executed remains to be seen. Trading franchise-tagged players goes against the spirit of the tag and could result in a player grievance over a team’s unwillingness to participate in a good-fath effort to negotiate a new deal if the traded player so chooses.

We are weak in the edge rusher department so we will see how it develops.

Previous Article
Packers Should Target Mid-range Free Agents
Next Article
Do the Packers Dare to Undergo a Second Rebuilding Year?