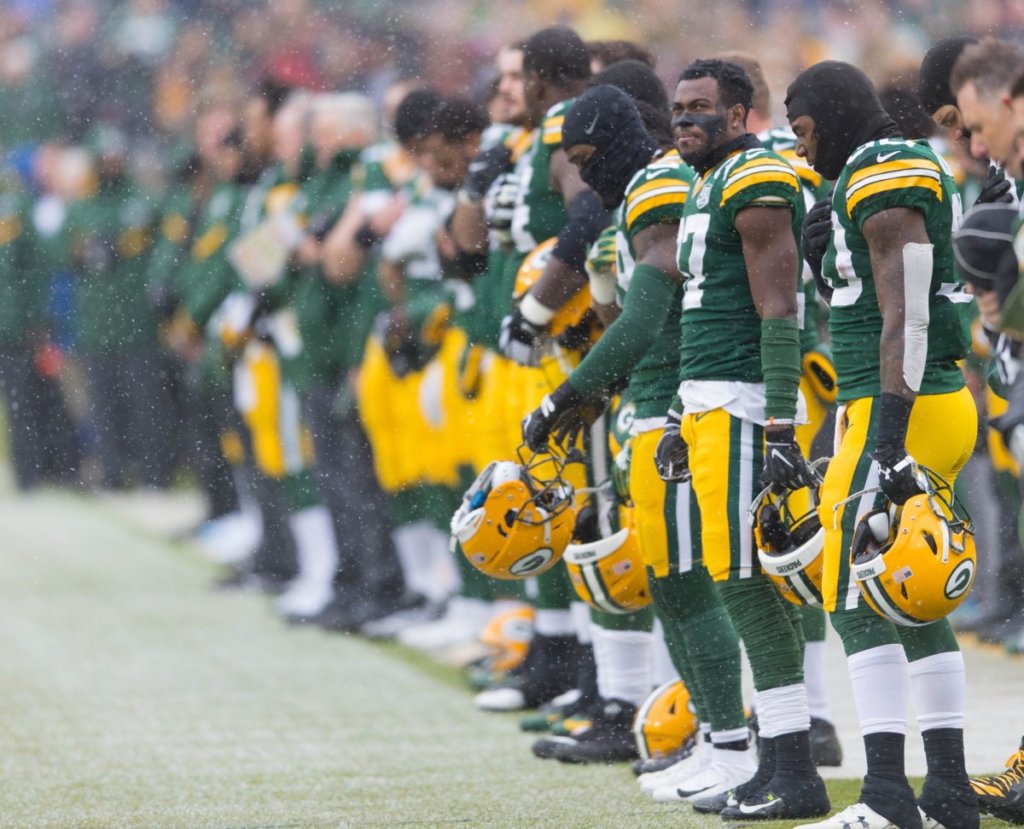 Brian Gutekunst (and his recruiting team) has got a more difficult challenge at free agency time than do most other GMs. Why? Because Green Bay is not a very attractive venue – right now – for NFL players.

The negatives are fairly obvious. It has a cold climate, and an outdoor stadium. It lacks the attractions – social, cultural, etc. – that most large metropolitan areas offer. It’s a long way from home for many players from the East, West, or South. It’s a bit foreign for Blacks, who make up maybe three-fourths of the NFL player population.

Especially for highly-paid players, it’s also financially undesirable. Bloomberg ran a comparison in 2017 between the Raiders’ Derek Carr and the Colts’ Andrew Luck. Carr had an annual salary of $25 million, and Luck’s was $400,000 less. These two are in high income brackets, so they are subject to the federal tax of 39.6%. Carr plays in California, which has a 13.3 state income tax. Luck plays in Indiana, whose state tax rate is only 3.23 percent. I believe anyone earning more than $244,750 in Wisconsin in 2017 was subject to a 7.65% state tax rate.

Carr’s theoretical state income tax assessment was $3.33 million. Luck’s was just under $800,000. Carr’s net salary, as charted by Bloomberg, came to $10.9 million. Luck’s worked out to $13.2 million. I assume this doesn’t take into account strategies by which rich people can get some tax exemptions, and I think Bloomberg was basing things on being a single filer.

There have been two pretty obvious advantages for players considering signing up with the Packers. One, they have the best fan base in the league – loyal and adoring (generally). The other positive is probably the decisive one for many free agents.

For about the last eight years, free agents considering Green Bay could feel confident that they would be going to the playoffs and getting a decent shot at playing in, and maybe winning, the Super Bowl game. I doubt that Gutey can make an effective sales pitch on this basis in March of 2019.

The conventional wisdom used to be that as long as Aaron Rodgers is playing, the Packers will be a contender for the Lombardi Trophy. Last season proved that’s no longer the case. While almost no one is ready to predict team records for 2019 at this early stage, I did find one guy who’s predicting “Vegas win totals” for all 32 teams. He has the Packers at 8.5 wins, which would almost certainly result in a third straight Packers’ season without a post-season.

While the shakeup in the front office and the coaching staff almost has to be viewed as a positive, from a free agent player’s point of view, Green Bay is at an unknown point in its history. Matt LaFleur and his staff might be about to restore the team to its past glory, or they might be continuing on the downhill slide of the last half-dozen years.

No one can say with any level of certainty whether this team is going to be highly successful in the next couple of years. Some free agents might want to sign on with a more stable and predictable operation.

It’s incumbent that the new coaches and front office guys work wonders, and do it quickly. In Green Bay more than almost any other NFL city, winning begets winning. And vice versa.

The Packers’ actions on Tuesday were like those self-guided missiles we used to watch on TV land on Afghani jihadists. I strongly suspect that Brian Gutekunst and his fellow tacticians planned all four free agent signings as part of one integrated plan, and that they indicated to the four players that Green Bay has an aggressive new leadership group – one which is going to instantly reverse the direction the team has been going in for the last half-decade at least.

When the facts someday emerge about the blitzkrieg that Gutekunst just commanded, I’ll bet we’ll see an artful job of salesmanship – one that was as much about a return to greatness as it was about dollars.

To complete the turnaround, now all the Packers have to do, this season, is take the Pack deep into the postseason. Maybe the best thing about the concept of the team’s free agent plan was it’s not a one-year all-or-nothing push. These four young acquisitions should each play at a high level at least through 2022, when all four contracts finally expire. The Packers blueprint has elements of both a short-term and long-term strategy.

Did You Get Sprayed by the Splash Brian Gutekunst Made