I grew up playing that great board game, “Risk”. It’s that innocent child’s game whereby you and the neighbor kid, or your insufferable sisters, try to gain world domination by conquering countries and continents, one by one. The game lived up to its name, as it taught you the stakes that were involved when making decisions that could be a success or a disaster. Is the game still out there? Does anyone still play board games?

Brian Gutekunst, Russ Ball, and others in the Packers front office perhaps grew up playing the game too. If they did, they must know that the four deals they made on March 12 were truly high-risk transactions.

How much money they doled out for four contracts that last for four years each is risky in itself, but the timing of these payments is what really makes it a bold gamble. This is as far afield from the Ted Thompson days as you can get.

First off, the Packers enticed the four players with huge signing bonuses: Za’Darius Smith got $20M, Preston Smith $16M, Amos $11M, and Turner $9M. That serves as a virtual guarantee that none will be released in the first year or two, no matter how poorly they might play.

What this means as a practical matter is that the Packers dare not release any of the four at least for the first three years. If Za’Darius were to be let go after the 2021 season, only then would such a decision be financially feasible: the team would be assessed only $5 million in dead cap money, and would have paid out a total of $50.25M for the first three years of service.

The team’s GM was relatively forthcoming when asked on Thursday about the free agent deals. At first he generalized “I feel good about the (financial) effects in years to come.” When asked more pointedly, he responded, “We didn’t really jeopardize anything in the future.” That is probably true – if these guys prove their worth with the team.

When one media guy (who is this guy, who asks the most questions?) began with “You didn’t get any great players. . .”, Gute immediately, but calmly, intervened with “I disagree with your comment.” He assured the room: “It’s about wins and losses, and I think these guys will help us win.”

Gutekunst went on during the 14-minute affair to say or imply that: an edge rusher was the team’s top priority in free agency, and they also needed help at safety; locker room chemistry is very important, as it will also be when assessing draft prospects; health history is another piece of the puzzle; signing these free agents gives the team freedom to move around more in the draft; “there are still (FA) guys out there we’re peekin’ at”; and “Green Bay is in a win-now mode all the time.” 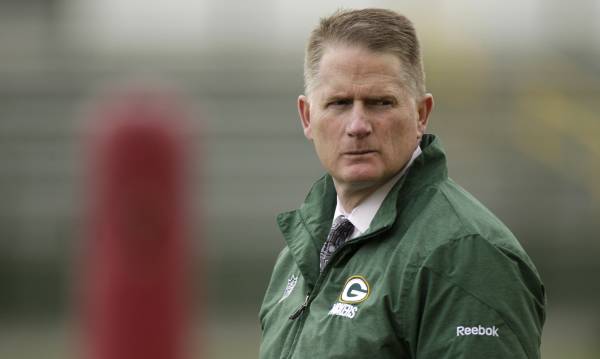 His new title is Executive Vice President/ Director of Football Operations, but Russ Ball has for years been, and remains, the Packers’ chief contract negotiator and financial guru. I doubt the Packers would go so far out on a limb as they have without trusting in Ball’s expertise and judgment. Ball surely was the key person in getting these deals finalized.

Gutekunst acknowledged to the press on Thursday that Ball “did a great job in the negotiating phase.” While many have criticized the unusual sharing-of-powers arrangement the team has in the Murphy-Gutekunst-Ball triumvirate, everything appears hunky-dory and running smoothly at this juncture.

The die is cast. As the GM acknowledged, the Packers have made risks that reflect a win-now commitment. It’s an exciting time, but also an apprehensive one for legions of Packer fans.

News: Clay Matthews leaves for the Rams and Randall Cobb to the Cowboys

News: Clay Matthews leaves for the Rams and Randall Cobb to the Cowboys