by Rob Born
in Articles & Analysis
3

As I write on Saturday, free agent signings are still coming in, but they are already down to a dribble. I’ve focused only on substantial contracts, generally those averaging $4 million per year or more. Some of the contract details mentioned below have been reported, but are not confirmed or official.

The Packers, in Day Two of free agency negotiations, made four significant additions to the roster: OLB’s Za’Darius Smith and Preston Smith, S Adrian Amos, and G Billy Turner. Brian Gutekunst and his group went with quality over quantity – and he’s received nearly universal approval for his efforts.

Divisional rival Detroit also corralled four big names – though they spent less than the Packers in doing so: DL Trey Flowers signed a five-year deal, but it cost them $90 million.; CB Justin Coleman, four years at $36M; TE Jesse James, four years $25M; and Danny Amendola, one year for from $4.5M to possibly $5.75M with incentives.

The Vikings were pretty quiet in the first days of free agency. Linebacker Anthony Barr, initially said he was joining the Jets, then changed his mind and signed a 5-year deal with his same team for at least $67.5M. DT Shamar Stephen signed a 3-year deal for $12.45M. But Minnesota lost DT Sheldon Richardson, after one year there; the Browns paid $36 million for his services for three years.

The 12-4 Chicago Bears were very tentative, staying away from big deals and long-term commitments. They signed WR Cordarrelle Patterson to a 2-year $10M deal, though Patterson has never done much other than as a special teams return man. CB Buster Skrine, a 29-year-old journeyman most recently with the Jets, signed up for $16M over three years. RB Mike Davis, previously a backup for the 49ers and Seahawks, signed a 2-year deal worth from $6M to $7M.

Finally, Chicago signed ex-Packer Ha Ha Clinton-dix for $3.5M for one year. The details of the Clinton-Dix acquisition show just how far Ha Ha’s reputation has fallen. In addition to losing Amos, the Bears lost another valuable member of their secondary: Bryce Callahan signed on with the Broncos for $21M over three years.

Other NFC teams that would likely be considered in competition with the Packers for playoff spots would surely be the Rams (13-3 in 2018) and the Saints (13-3). Teams with the best records after these two, and the 12-4 Bears, are the Seahawks and the Cowboys (both 10-6).

The Rams signed 12-year vet S Eric Weddle to a 2-year deal for $12.5M. DT Ndamukong Suh is still unsigned, but is unlikely to return to Los Angeles.

The Saints kept Teddy Bridgewater as its backup for Drew Brees, for around $12.5M – but for only one year. DT Malcom Brown signed for three years and $15M. They also acquired RB Latavius Murray, at a modest $14.4M over four years. However, they lost RB Mark Ingram, who joined the Ravens, reportedly at $15M for three years.

The Seahawks lost super safety Earl Thomas to the Ravens (four years, $55M). Additionally, they lost talented CB Justin Coleman to Detroit. However, they retained linebacker K.J. Wright at a cost of $15.5M for two years, and they franchise-tagged their 25-year-old DE, Frank Clark.

The Cowboys lost a pretty valuable guy, WR Cole Beasley, who Buffalo nabbed for four years for $29M. They have not acquired any notable free agent so far this season, though they franchise-tagged DE Demarcus Lawrence at $19.5M. 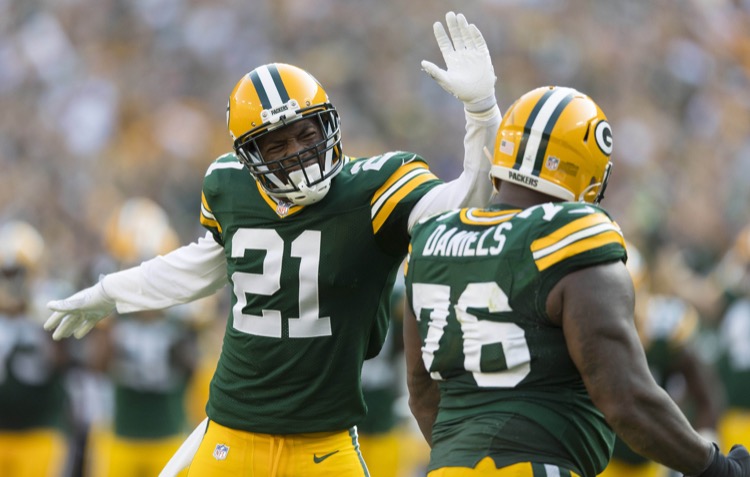 There are still many free agents available who could help clubs trying to position themselves to be playoff contenders. Also, this summary doesn’t include trades, and I’m sure I missed a significant deal or two. Preliminarily, however, there appear to be some fairly clear winners and losers in the FA sweepstakes.

The Packers appear to have upgraded their defense, and increased their playoff chances, by leaps and bounds.

Detroit has been similarly active to Green Bay, though Green Bay’s foursome are generally more talented than are Detroit’s mid-level newcomers.

Clinton-Dix as a replacement for Adrian Amos seems like a drastic downgrade for the Bears.

The Saints haven’t brought in any new exciting players. Mark Ingram will be missed, though after two straight 1,000-yard seasons, his rush production fell to 645 yards – missing the first four games last year due to being suspended for four games due to PED usage didn’t help.

The Rams and the Cowboys have been pretty passive. They lost some good players, and have few gains to offset them.

Other than the Packers, the teams making big FA deals have been mostly teams near the bottom of the 2018 standings, such as the Jets, Raiders, Broncos, and Bills.