by Rob Born
in News and Rumors
8 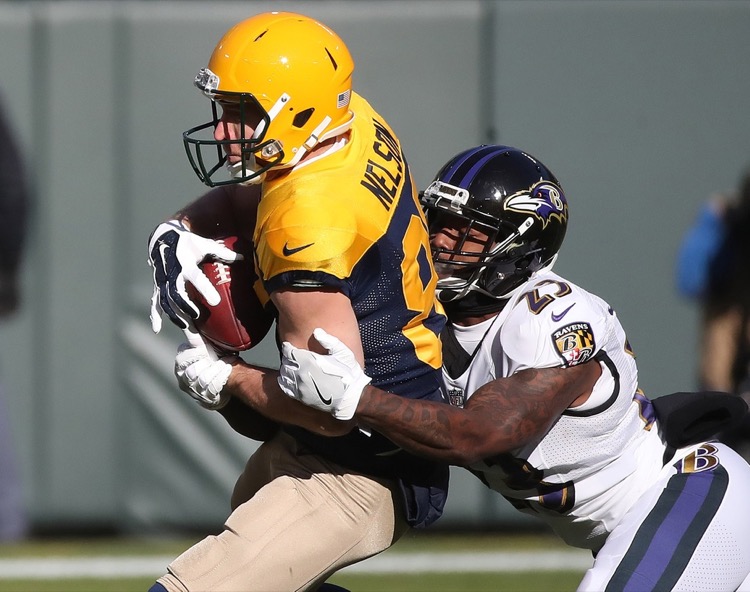 As I write early on Wednesday afternoon, some names familiar to Packers fans are nervously waiting for the phone to ring.

At quarterback, the scuttlebutt is that the Cardinals are offering Brett Hundley a 1-year deal in the $2-3 million range.

At wide receiver, Randall Cobb remains unsigned. While Jordy Nelson is under contract, indications are that the Raiders plan to release him.

At tight end, Jared Cook is considered the best tight end still available. Also still out there are Lance Kendricks and Marcedes Lewis. Richard Rogers is tenuously attached to the Eagles, but he’s coming off of injured reserve.

On the offensive line, T.J. Lang, Ulrick John, and Marshall Newhouse are all looking for a team.

At defensive tackle, a couple of the guys still available are Ricky Jean-Francois and Mike Pennel.

I’m not seeing any free agent linebackers with Packers ties, other than the above edge rushers.

At cornerback, the guy that Packer fans are most interested in is Bashaud Breeland. Davon House and Sam Shields are also still available.

At safety, Chris Banjo just got a 3-year extension with the Saints. Ha Ha Clinton-Dix, a starter for the Redskins the second half of 2018, should also draw some attention.