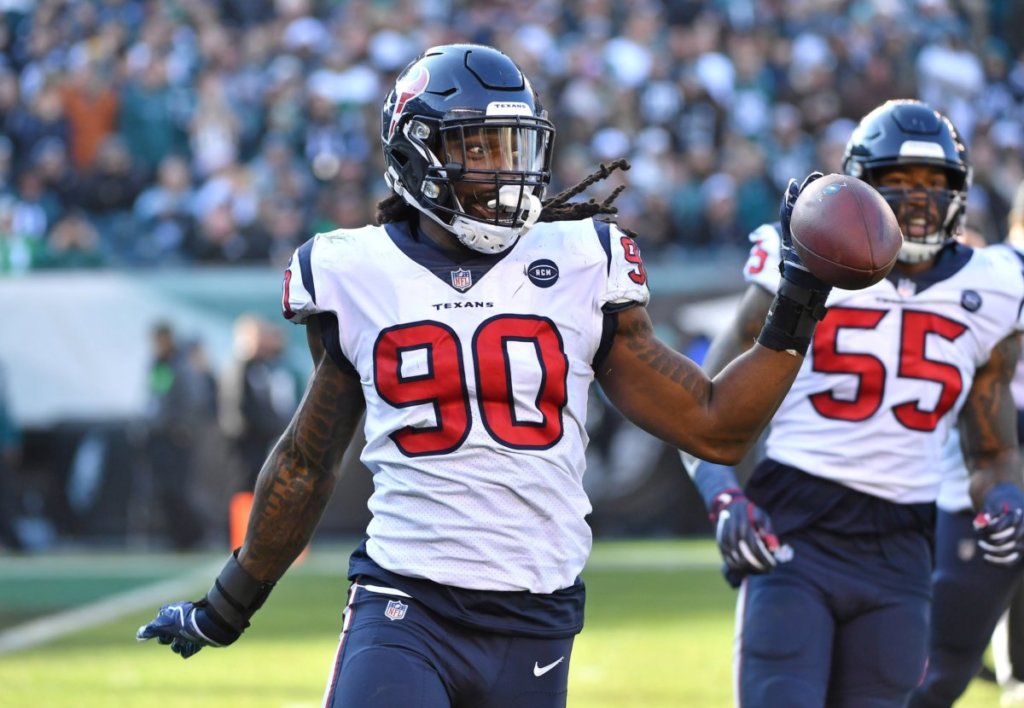 “At Least He Didn’t Make BAD Free Agent Deals”. That might someday be the epitaph on Ted Thompson’s tombstone.

Ted’s replacement, GM Brian Gutekunst, is champing at the bit to lay out gobs of money when the free agent market opens on March 13 (negotiations can begin on March 11). Green Bay is projected to have upwards of $30 million available in cap space available when Gute starts wheeling and dealing.

In an interview with Ian Rapoport at the NFL Combine, Gutekunst spoke expansively:

Depending on how much confidence you have in the Packers reconstituted front office, Gute’s comments might make you wildly excited or leave you paralyzed with fear.

In his first year at the helm, Gutekunst made two major free agent deals: he got tight end Jimmy Graham for three years for $30 million, and he signed up defensive end Muhammad Wilkerson for one year for $5 million.

The Graham deal made him the highest paid tight end in the league. In the early part of the season, he was hindered by a knee injury, and he played the final six games despite having shattered his thumb against the Seahawks. Even when healthy, however, Graham was not providing a solid return on the team’s investment in him.

Wilkerson lasted fewer than three weeks, when an ankle injury against the Redskins required surgery and ended his season.

Gutekunst recently commented that he’s had to convince player agents that Green Bay will now be a serious contender in the free agency market.

Gutekunst also demonstrated he was willing to go after high end players besides Jimmy Graham. He was one of the suitors for OLB Kahlil Macks’s services, and he actually made an offer of $56 million for four years for cornerback Kyle Fuller. In each instance, however, the Bears scuttled Gute’s attempts.

Laugh for the Day

This is from Joe Kipp of NFL Spin Zone:

Free Safety Ha Ha Clinton-Dix, Washington Redskins: That’s right, after trading him away in the middle of last season for a 2019 fourth-rounder, the Packers may have the opportunity to bring back Clinton-Dix this offseason. That said, the former first-round pick has had an up-and-down career and may not be worth bringing back at any price point.

Previous Article
Odds, Ends, and Updates
Next Article
Three Studs Who Got Away from Packers on Draft Days