Three Studs Who Got Away from Packers on Draft Days 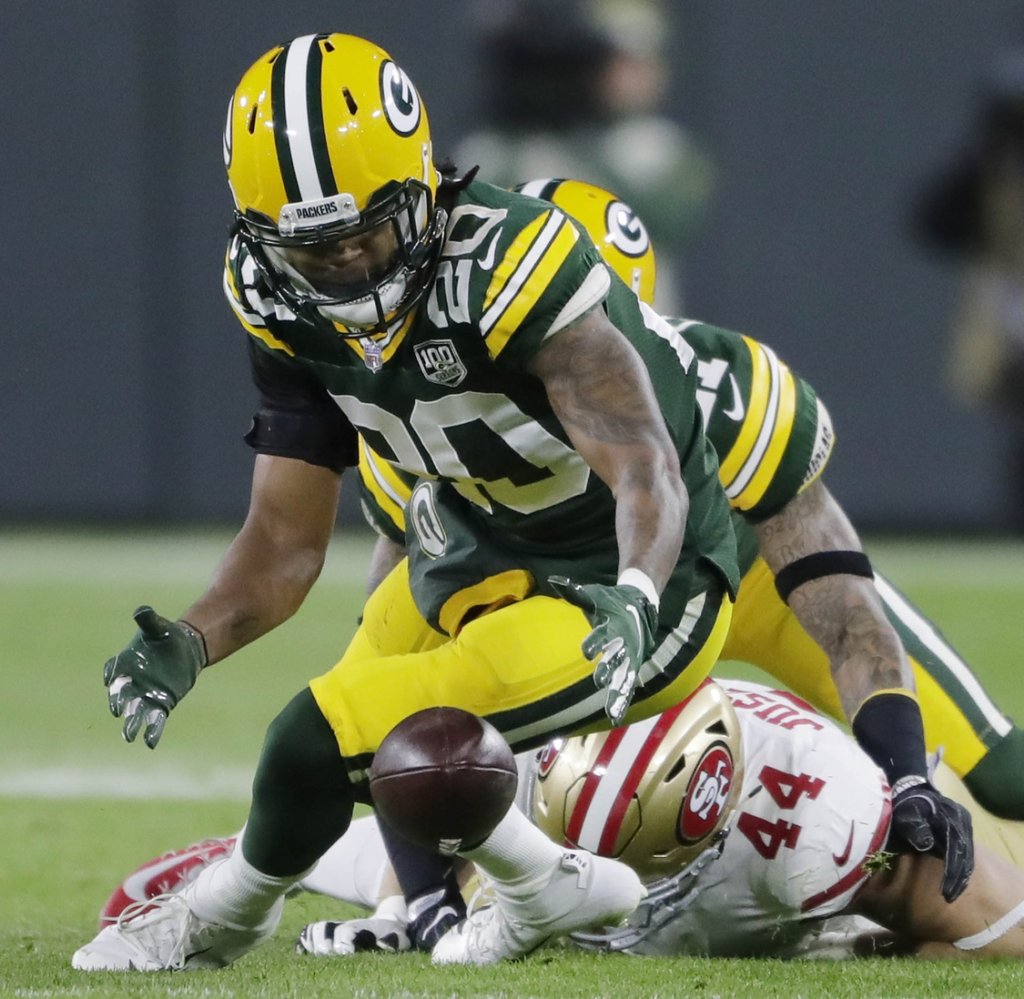 It’s easy to go back after a year or two and find someone available at the time a team drafts someone else – and that someone has since turned into an NFL star. That’s Monday morning quarterbacking. What I’ve tried to do here is look at a player who was passed over though he answered the Packers needs, and who in two out of the examples was clearly the more obvious choice.

Instead of making the smart and obvious choice, however, the Packers took a risk by going with a less heralded or accomplished college player – and that hasn’t turned out very well.

In 2016, as now, the Packers had a need for a pass-rushing linebacker. With the 88th overall pick in Round 3, the Packers elected to go with a relatively unknown linebacker out of Utah State. Kyler Fackrell has become a useful player in his third year – but the team passed over a safer, no-brainer choice in opting for Fackrell.

The Packers could hardly have failed to know all about Schobert. He was born in Waukesha, and went to the University of Wisconsin.

Schobert was a first-team All-American, and also a first team All-Big Ten. He received the Jimmy Demetral Team MVP award at the team’s season-ending honors banquet. He was named a semifinalist for the Bednarik (college’s best defensive player) and Lombardi (best college football player, any position, based on performance, leadership, character, and resiliency) Awards. To top it off, during the senior bowl, Schobert recovered a fumble and returned it 73 yards.

By comparison, Fackrell played for the Utah State Aggies. Wikipedia lists his honors as being named to several all-conference teams (Mountain West) and named a fourth-team All-American by someone named Phil Steele. Fackrell is also two years older than Schobert. Who you gonna choose?

Schobert was used sparingly by the Cleveland Browns as a rookie, but then he broke out in his second season. He wound up tied for first in the NFL in tackles (144) in 2017. After just his second year, Schobert was selected to play in the Pro Bowl.

Schobert was nearly as good in his second year, though he missed three games due to injuries. In his last two pro seasons, he’s accumulated 255 tackles, and he’s shown his versatility with 10 passes defended.

In contrast, Fackrell, in his three years, does have 15.5 sacks, but he only has 88 tackles, one fumble caused or recovered, one interception, and one pass defended.

With all respect to Fackrell, the obvious choice when the Packers were put on the clock in the third round of the 2016 draft – the sure-thing pick – was Joes Schobert.

In 2017, the Packers decided to get cute. They traded back their 29th pick to get the 33rd pick (first Round 2 pick), and in so doing they also received a fourth-round pick, who ended up being Vince Biegel. That 33rd pick was CB Kevin King – who has so far been riddled with injuries.

Had Ted Thompson not traded down, who was available at #29? None other than Mr. Everything, linebacker T.J. Watt – he of the same gene pool as J.J. Watt.

In his final year of 2016, Watt was named first-team All-Big Ten, and second-team All-American (by AP) and first team by Sports Illustrated. In addition, since Watt entered the draft instead of playing for Wisconsin as a senior, he was bound to improve considerably as a professional.

Like Joe Schobert, T.J. played high school ball in Wisconsin (Pewaukee), and then at Wisconsin-Madison – how could the Packers have overlooked him?

With the thirtieth pick, the grateful Pittsburgh Steelers scooped Watt up.

How’s Watt done? In 2017 he was named to the All-Rookie team by the football writers’ organization. In 2018 he was selected to the Pro Bowl. He’s started all but one game as a professional. He’s had 120 tackles, 22 tackles for loss, 34 QB hits, 10 passes defended, six forced fumbles, and TWENTY sacks. He’s a one-man WQB harassment squad!

What do you look for on draft day? Playmakers, according to PF. And that fits Watt to a T.

Anyone could have told you that T.J. was going to be a major NFL star. I don’t recall hordes of writers making such a prediction for Kevin King – with or without the injury history.

When Vince was selected by the Packers as the first Round 4 choice in 2017, it was neither a shock nor an obvious choice. In five years at the U of Wisconsin, Biegel’s highest accolade was being named second team All-Big Ten. Many thought Biegel might excel as an edge rusher.

What skeptics questioned most at the time about the choice was that Vince was already nursing an injury when Ted Thompson drafted him. He had what’s called a Jones fracture, which caused him to miss two games in his senior year at Wisconsin. Shortly into Packers’ training camp, the same injury necessitated surgery. Biegel did not have a smooth recovery, to the point the Packers eventually placed him on the physically unable to perform list. They took a draft-day risk and lost.

He wasn’t activated by the Packers in 2017 until November, played little, and was waived by the team just prior to the 2018 season. He was picked up by the Saints, and briefly was placed on their active roster, but only recorded four tackles with them in 2018.

When Biegel did get to play for Green Bay in late 2017, I’ve seldom seen a player more overmatched by opposing linemen. For his career to date, Biegel has 14 tackles, no QB hits, and no sacks.

Sixteen spots down the fourth-round list, the Rams selected linebacker Samson Ebukam, out of Eastern Washington. As would be expected, Ebukam was mainly a backup in his rookie year, though he still managed to have 20 tackles (two for a loss), five QB hits, two sacks, and three forced fumbles – and he started two games.

In 2018, Samson started all but two games for the Lions. He improved to having 40 tackles (six for losses), six QB hits, three sacks, and a pick-six interception.

In his three post-season games, he had two tackles, then three tackles plus a forced fumble, and finally four tackles in the Super Bowl.

I’m not saying that Ebukam was the obvious choice for a team wanting an edge rusher in Round 4 of the 2017 draft, but if you value speed, Ebukam ran the dash in 4.45 seconds versus Vince’s 4.67 – that’s an enormous difference right there – and as they say speed cannot be taught.

While the future is bright for Ebukam, Biegel’s utter lack of production in two years probably means his pro career is over – without registering a single sack.