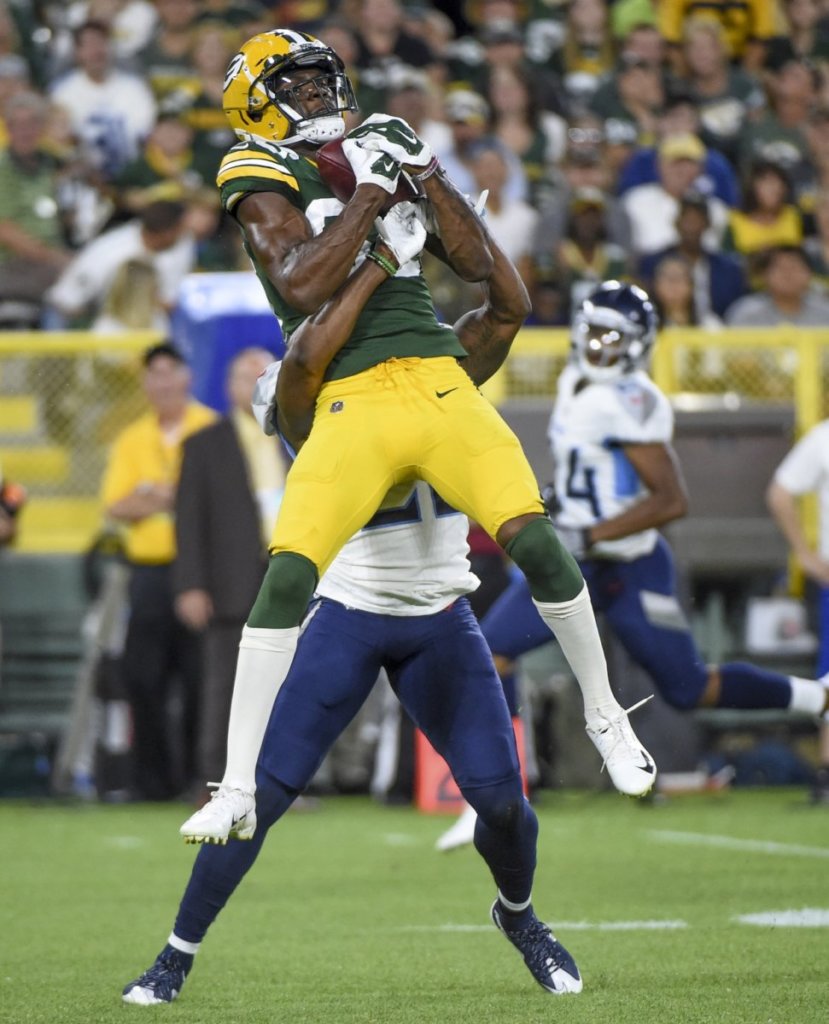 Opinions are all over the map about the Packers’ wide receiver corps. One commenter goes so far as to say it’s the team’s second deepest position. This might be true in terms of numbers, but the distribution of talent worries me.

As the title suggests, and most would agree, one top-notch receiver backed up by a group of so-so – or dare I say third-rate players – isn’t a good formula for the makings of a powerhouse pass attack. Let’s gather up some evidence. By the way, that seventh WR3 is Allen Lazard.

The Packers have been a passing-dominant team for over 25 years now. Who have been our #2 wide receivers? Below is a look at the WR2’s on ten recent Packers teams – I’ve used even years so as to not drown you in statistics. 2007 was the last of the Favre years.

WR2 Is a Bellweather

The second weakest WR2 showing (yardage-wise) was in 2006, with rookie Greg Jennings. The worst was last season, with rookie MVS.

The best year by a WR2 was that of Cobb in 2014, when he finished behind Jordy Nelson’s 1,519 yards – the infamous year of the meltdown against the Seahawks. Next best was 2004 when Driver finished behind Javon Walker’s 1,382 yards.

It seems, and quite logically, that having two talented receivers in the lineup is a great predictor of a playoff team.

And doesn’t that make sense? Defenses can double-team one wide receiver, but can’t practically double-team two.

Time will tell whether MVS ascends into the ranks of these other nine WR2’s – all of whom had fine NFL careers.

Previous Article
Matt LaFleur – There’s a Lot to Be Said About Appearances
Next Article
News: Rodgers Comments on the Matt LaFleur Hire at NFL Honors