For better or worse, Randall Cobb has been almost exclusively the team’s predominant slot receiver for the past eight seasons.

I’m not Pro Football Focus, so I can’t break down those stats according to lining up in the slot or wide, though I would say with each passing year Randall has been lining up more and more in the slot.

At any rate, Packer fans probably assume that a good slot receiver is a Cobb-type athlete: small, quick, and able to get separation across the middle and on short routes. That’s something I’ll examine in a moment.

The overwhelming sentiment is that Cobb won’t be with the team in 2019. Even if he takes a massive pay cut from his $10 million annual payouts, most feel Cobb is no longer starter quality, including as a slot man. Assuming that likelihood, do the Packers have any receivers who could prosper in the slot, and what attributes should a slot receiver have in the first place?

Pro Football Focus picked out the league’s top five slot receivers in an article run on December 8 last year. They compiled receivers’ stats to that point in the season for only when they lined up in the slot. Here you go, from #5 to #1:

There’s a lot of variance in the above five guys.

Westbrook was a fourth-round selection in the 2017 draft, the fifteenth wide receiver taken. He’s 6’ and 178#, and his Pro Day times included a 4.39 40-yard dash, but mediocre agility and jump numbers and a pathetic 8 bench presses.

Thielen, out of Minnesota State U, Mankato, has progressed in five years as a pro to being named to the Pro Bowl the last two years. He’s 6’2” and 200#, has 4.49 speed, has average agility and jump scores, went undrafted in 2013, and spent his first year as a pro on the Vikes’ practice squad.

Tyreek Hill, who stands 5’10” and weighs 185, has had three increasingly more productive years with the Chiefs – topped off by an 87-catch, 1,479 yard, and 12 TD year through the air in 2018. For extra measure, he rushed for another 151 yards, and returned 20 punts for 213 yards. Nicknamed “cheetah”, he has a 4.29 dash time and wonderful agility and jump scores. Kansas City picked off their three-time Pro Bowler in the fifth round of the draft 2016.

Smith-Schuster is a 6’2” 215-pounder out of USC. The Steelers chose him 62nd overall in the 2018 draft. He elected to do some tests at the NFL Combine and others at a Pro Day event, and recorded a 4.54 dash time, good agility times and average jump numbers. 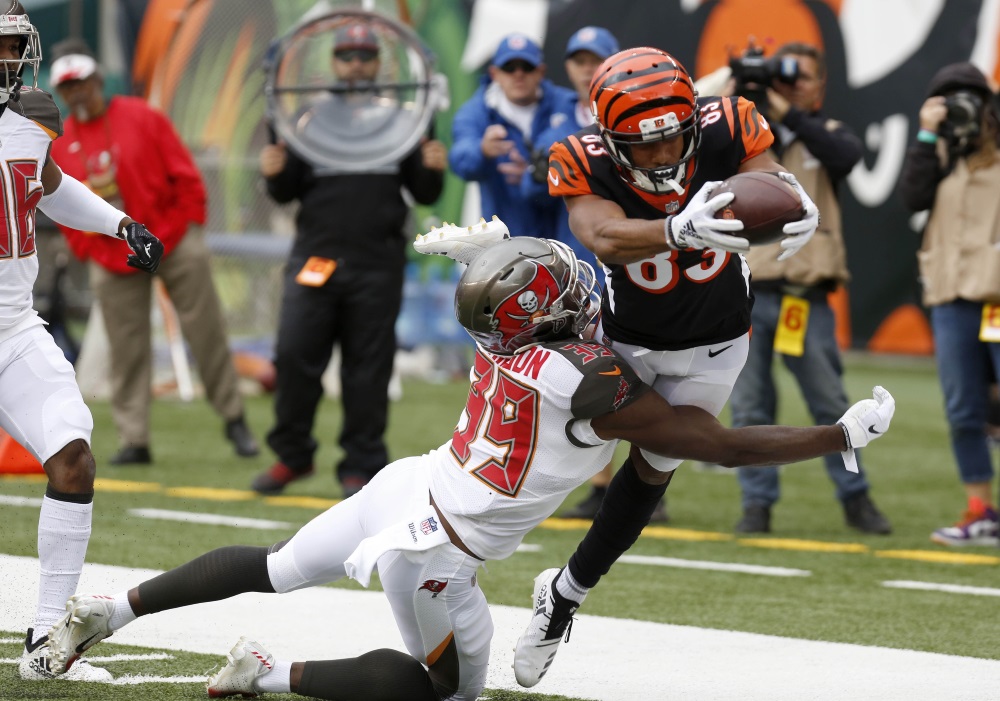 There appears to be no ideal size for a slot receiver. Westbrook and Hill are lightweights. Three of the above five stand 6’2” tall.

Perhaps surprisingly, only speed-demon Hill and Westbrook are impressively fast. Hill is the only one whose agility test results (20-yard short shuttle and 3-cone drill) jump off the page.

While two of the five players were middle-second-round draft choices, two others were mid-rounders and Thielen went undrafted.

Interestingly, slot receiver appears to be largely a young man’s calling. Other than the 28-year-old Thielen, the other four guys cited by PFF are all 25 years old or younger. Cobb was terrific – when he was in his early- to mid- twenties. There’s always the exception, too: Julian Edelman, at age 32, just put on a slot receiver clinic at the Super Bowl.

The one thing the great slot guys seem to have in common is lightning-quick cutting ability – and I’ll concede that the eye test is better at identifying this than are those agility drill test scores. 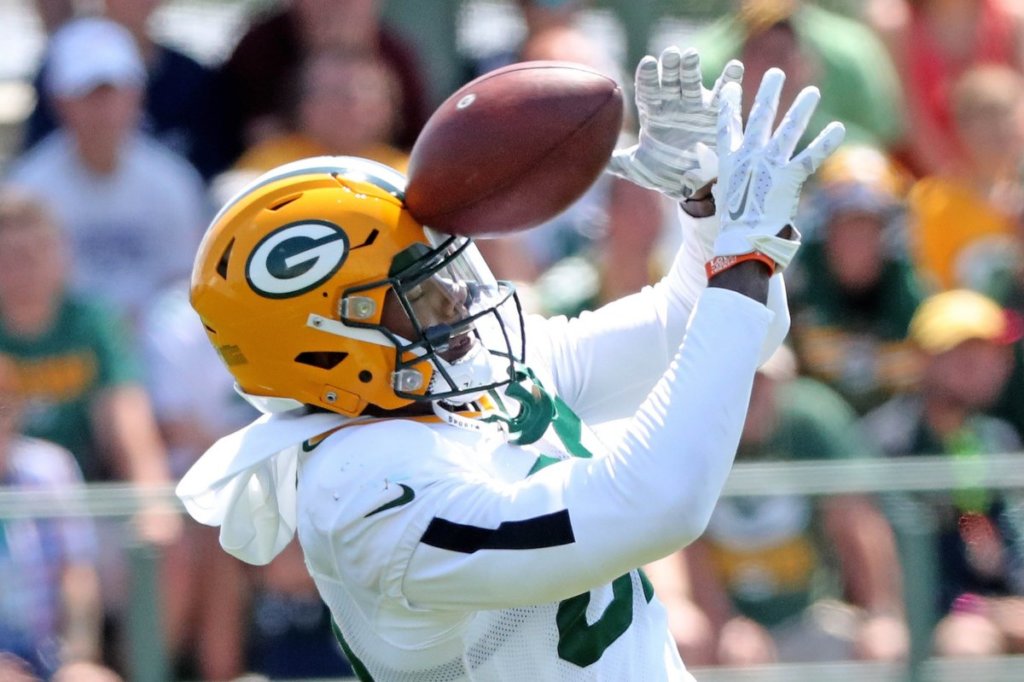 Assuming Randall Cobb (by the way, he’s short at 5’10” but perhaps too stocky at 192 pounds or so) is not re-signed, we have, coming into their second year, J’Mon Moore, Marquez Valdes-Scantling, Equanimeous St. Brown, and Jake Kumerow. We also have Geronimo Allison and Davante Adams.

My initial reaction is that Valdes-Scantling and St. Brown are just too tall to have the maneuverability called for in a highly effective slot receiver. And I’ve said over and over that Allison isn’t a shifty guy.

J’Mon Moore, at 6’3” and 205 pounds, is pretty comparable in size to Thielen, Smith-Schuster, and Boyd – but he seems to need a lot more grooming if he is too someday be of value to the team.

Kumerow? He’s 6’4” and 209 pounds, and he ran a 4.54 Pro Day dash. Though his agility and jump scores are average at best, he has shown quickness and shiftiness in both the preseason and regular season. Anything is possible?

Davante Adams, the bearer of lightning-quick moves, is darn-near ideal for the slot. When he has lined up there, good things have usually happened. Trouble is, he already has a position as wide receiver. Maybe in his latter years of play, Davante will be moved in, but for now it’s pretty certain he’ll only man the slot on occasion.

Green Bay has a serious gap to fill at slot receiver. Because the need is immediate, a free agency pickup seems like the best option, whereas it takes time for a draft choice to excel – unless you are Tyreek or maybe Juju.

Let’s see now, who’s about 5’8” and 180 pounds, who’s got first-class change of direction ability, who has seven years of proven experience, and who’s missed but one game in the last five years – and is available? Better get Cole Beasley on the phone!

Previous Article
Belichick Is a Great Manager As Well As Coach
Next Article
Your 2019 Packers: Freed from McCarthy’s Shackles!