by Ed Rooney
in Articles & Analysis
12 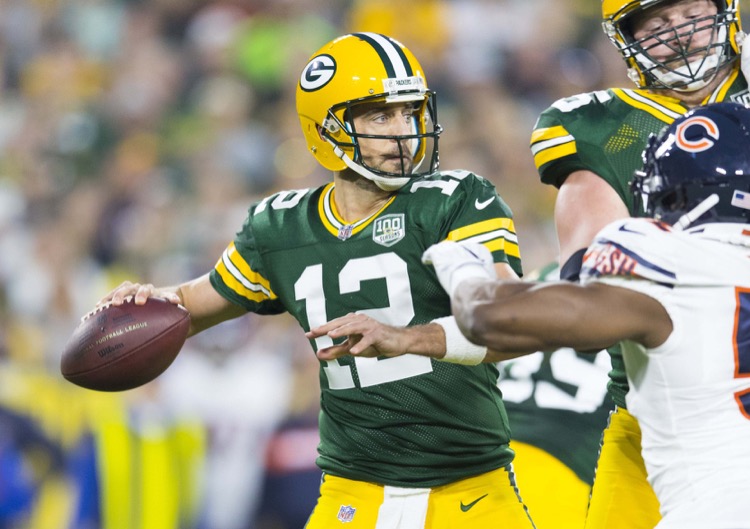 Now that it’s all over and behind us, the 2018 season is one that won’t linger long in the minds of Green Bay Packers fans. It was a time of low achievement, constant behind-the-scenes turmoil, and the potential end of Mike McCarthy’s coaching career (although the man himself says he still has more to do in the football world). While it’s sad to see a man who gave so much of his life to the Packers and brought us a Super Bowl kicked out of the door, virtually the entire fanbase can agree that his time had come, and changes had to be made for the team to move forward.

Those changes need to come in more places than just the coaching department, though. Another season finishing so far off the mark would make history for all the wrong reasons, and for the Packers to make strides back towards where we belong, the team has to take a pro-active and radical approach to the opportunities that come along with free agency. March 2019 is going to be one of the most critical months in our recent history.

Room On The Menu

The good news is that we don’t have an issue with cap room. Based on the accuracy of the figures available to Over The Cap, there’s already over $36m available to renovate the playing squad. That figure may even be increased if, as per rumors, Nick Perry is at the end of his Packers journey. Stories about the potential release of Perry have dogged the player for the entire season, but it’s never seemed a more likely prospect than it is right now; especially because we’re going to be competing in a buyer’s market. Going back to the Over The Cap website, it appears that the Colts have more than $100m in idle funds waiting to be spent. There are going to be bidding wars that we won’t be able to win. We don’t only have to work fast to get the right players in; we have to work smart.

The usual rules apply. We can target the areas most in need of attention as soon as the market opens on March 13. Then we head into the official draft with ten total selections, two of which we can take in the first round. So what should we hope for, and what do we really need?

Fix the tight end for the long term

For the past three seasons in a row, the Packers have brought in a tight end during free agency. It looks like we’re going to have to do it again this year. Neither Marcedes Lewis nor Lance Kendricks are likely to have long term futures with the Packers, and they’ve never been entirely convincing in their roles. Jimmy Graham didn’t live up to his billing in his debut season, and short of a dramatic improvement in form, he shouldn’t be looked at as the man for the next few seasons either. We’ll surely still have Robert Tonyan, but he can’t be relied upon to do all the work on his own.

We’re paying the price for short-sighted recruitment policy in this position. For too many consecutive seasons, we’ve taken a roulette approach to bringing a tight end in and hoped their number would come up. If we’re going to gamble, we’d rather take an online slot approach instead; spin the reels and make the deal for sure, but aim to have players line up in a way that results in winnings being paid out. A slot game rewards you for skilled play. A roulette machine does not. We’d rather make a cautious bet that could pay dividends than lump everything we have on red or black. Lewis and Kendricks were ‘all or nothing’ bets, and it looks like we came up short.

We’d ideally like to see this addressed on the first night of the draft, and our star pick would be a return to Lambeau Field for Jared Cook, who we’ve missed ever since he walked out of the door. He’s likely to attract a high price given his form for the Raiders last year, but we’re allowed to dream.

Bring in Earl Thomas. If Earl Thomas becomes available, we have the cap room, and we have the need. He’s got the experience and the pedigree to solve a positional problem that we’ve been struggling with for a long time. We won’t be the only team interested in him if he does appear on the market, but we should go all out to make him feel wanted and needed at the Packers.

We need a reliable safety more than we need anything else right now. We’ve seen and discarded Randall, Clinton-Dix, and Burnett and left ourselves without a well-established safety at all, and Thomas is a man who could not only outperform all three of them, but bring a healthy morale boost and the surety of his experience to the locker room.

You’ll see many experts say that the Packers need a new edge rusher more than they need anything else, but we’re inclined to disagree. We’ve been overlooking the offensive line for too long now, and some new blood is required to freshen things up.

It’s not that we’re terrible in this department; most teams would love to have David Bakhtiari to call upon, and Linsley would be a coveted pick for the majority of NFL teams if he became available, but it’s been a while since we focused on the offensive line during free agency or draft and last year we looked a little stale.

Matt LaFleur once worked with Rodger Saffold at the Rams, during his time as offensive coordinator. It’s possible that the Rams will look to re-sign him, but it’s not out of the question that he’ll become available. Factor Saffold in with the options we already have, including (fingers crossed) an injury-free Bryan Beluga, and you’re talking about an offensive line that has the potential to carry a team to major honors.

That’s all we think needs to happen. Three areas of need that could be addressed quickly and effectively, along with a coach bringing a new philosophy to a team that looked fractured and lost at times in 2018. Agree? Disagree? Spotted a potential free agent that could make 2019 a great year to be a Packer? Let us know in the comments!