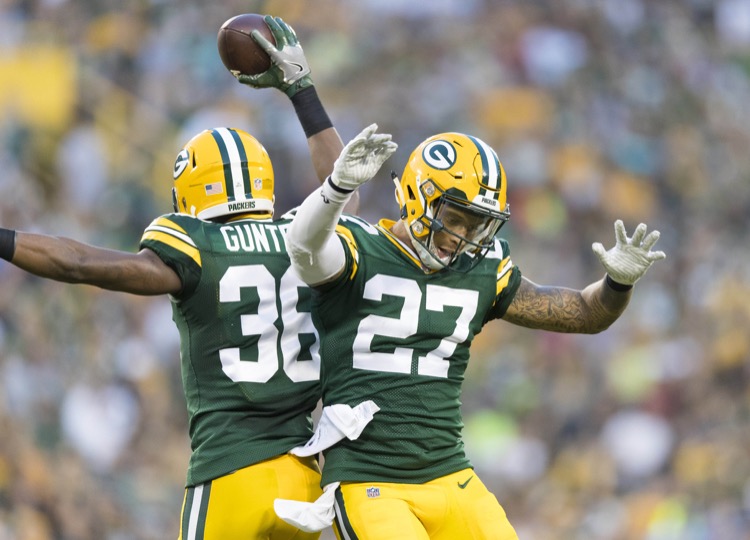 All the teams are located in the south half of the country, except the Salt Lake team. All the home cities house at least one other pro sports team; only two of the cities, however, are home to an NFL team: Atlanta and San Diego.

Several of the head coaches are well known. Former Bears’ great Mike Singletary heads up the Express. San Diego’s Mike Martz was the head coach of the St. Louis Rams from 2000 through 2005.

Orlando’s Steve Spurrier is the legendary college coach, primarily with Florida from 1990-2001. He was also the Heisman-winning quarterback for the Gators in 1966. He’s been in this situation before, as he coached the upstart Tampa Bay Bandits in the defunct USFL (1983-85), and he also briefly coached the NFL’s Redskins (2002-03).

Kevin Koyle has a long association as an assistant coach for the Cincinnati Bengals, as well as a slew of college teams. The Stallions’ Dennis Erickson has coached for at least a dozen college or NFL teams. Birmingham’s Tim Lewis has been an assistant coach with a half-dozen NFL units. Rick Neuheisel has coached with three top-notch college programs: UCLA. Colorado, and Washington. The Commanders’ Mike Riley has a long college coaching resume, and he was once head coach of the San Diego Chargers (1999-2001).

The league launched its inaugural, 10-week season on February 9. A primary goal of the founders of the league is to provide entertaining games for television viewers. The early reviews have been positive, and the TV ratings for last weekend were surprisingly good.

Each of about 210 players signed a three-year contract worth $250,000 (with a $70,000 salary in 2019), and with some additional performance-based and fan interaction incentives. Sorry, I don’t know if players can be released from those contracts if an NFL team wants to sign them, or if they have signed up simply to earn something rather than nothing out of their football skills.

Over 20 league players have had some affiliation with the Packers, though for many the connection was minimal, such as briefly being on the practice squad. There are, however, a few names that fans probably remember.

Cornerback LaDarious Gunter got almost all of his playing time with Green Bay in 2016, when he started 15 regular season games, and registered 54 tackles, 12 passes defended, and two forced fumbles. In the wild card game of the 2016 post season, Gunter held the Giants’ Odell Beckham Jr. to four catches and 28 yards. In the Pack’s conference championship game loss, however, star receiver Julio Jones had nine catches for 180 yards and two touchdowns – largely when covered by Gunter. After the Pack released him one game into the 2017 season (strange in itself!), he spent the rest of that year and part of 2018 with the Panthers, but getting no playing time. 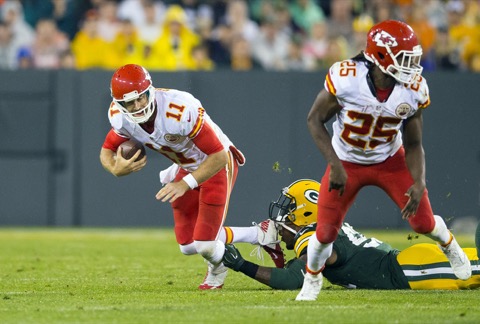 Linebacker Jayrone Elliott played in 38 games for Green Bay from 2014-16. Though he never was a starter, in that time he recorded 57 tackles, four sacks, and one interception. Just prior to the start of the 2017 season Jayrone was traded to Dallas, and he also spent time with the Saints in 2018. In neither instance, however, did he get an opportunity to play. 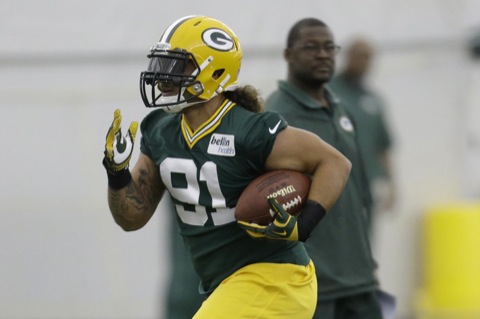 Linebacker Carl Bradford (Arizona) was a fourth-round draft pick of the Pack in 2014. Bradford was inactive all that year, then was released during the Packers’ final cuts in both 2015 and 2016. In 2017 he was waived or released by the Bills, Bears, and Bengals. His total stat line with Green Bay was four games played in, one tackle. 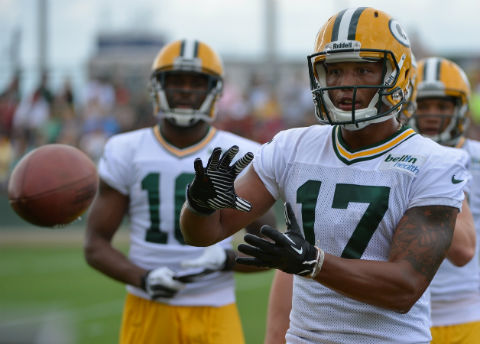 Receiver Charles Johnson (Orlando), a 7th-round pick in 2013, was picked off the Pack’s practice squad by Cleveland a month into the season, but got no action until going to the Vikings. From 2014-16, Johnson had 60 catches for 834 yards and two touchdowns. In 2017, he went nowhere with the Panthers, and the same was true in 2018 with the Jets. 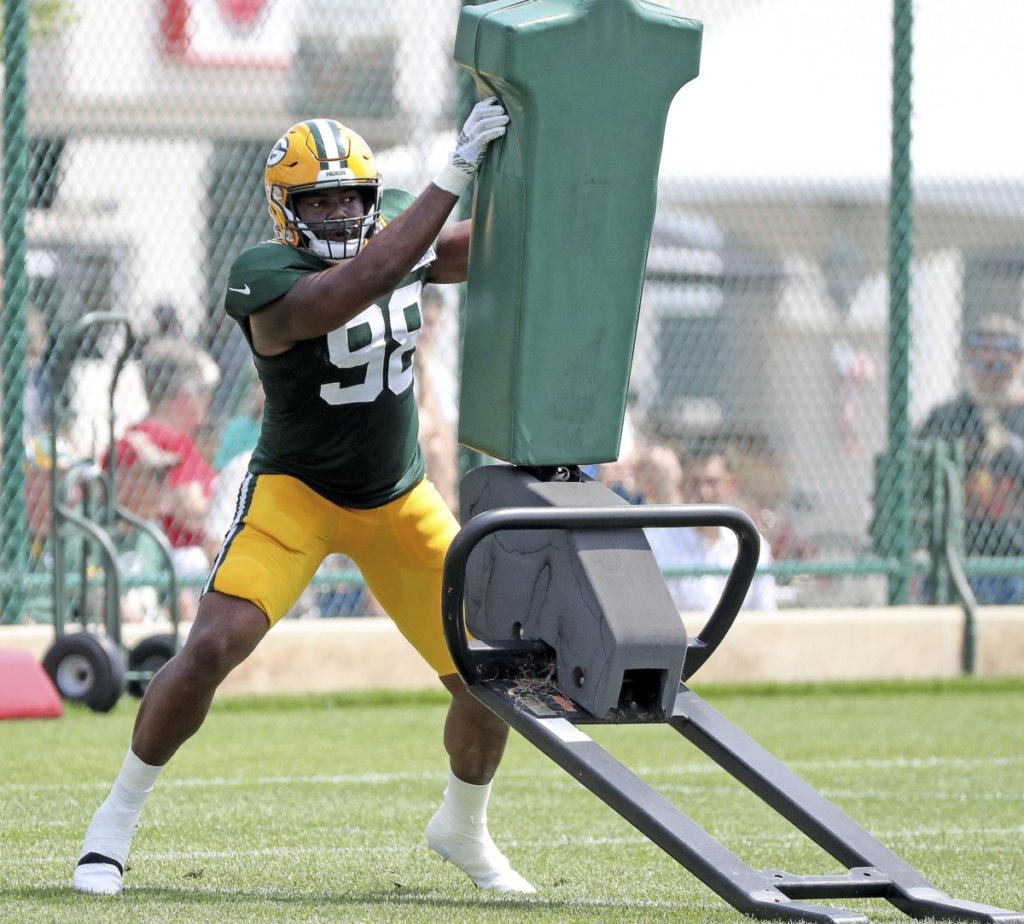 Defensive end Chris Odom, who went undrafted in 2017, played in seven games for Green Bay in 2017, and recording six tackles. He was then cut by the team after the 2018 training camp. 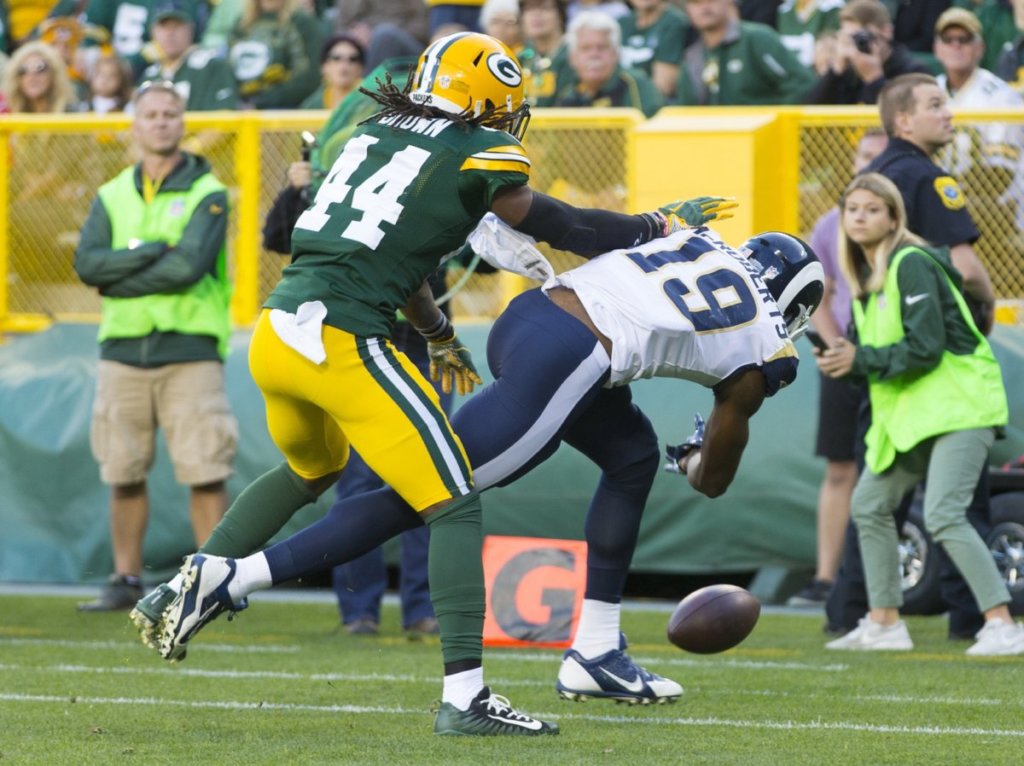 Cornerback Donatello Brown, undrafted in 2017, got on the Packers’ roster in November of that year, but without recording any statistics. He was waived by the team on September 1, 2018.

Total Packers was pretty keen on LaDarius Gunter, and was disappointed he was released, in 2017. Maybe LaDarius is too slow to single-handedly cover the speediest deep threats. Maybe he doesn’t have the talent to be a starting CB for several years. But haven’t the past two seasons shown that Gunter can shadow a receiver as well as any Packers’ CB who’s played?

At the least, and going simply by the eye test, I’d say Gunter would have been a valuable reserve – and could have made a crucial difference – on the last two Packers rosters. I hope he gets another chance in the big leagues.

Previous Article
We Now Know Why 5th Round Pick Cole Madison Was MIA
Next Article
Belichick: the NFL’s Leading Producer of Silk Purses