Matt LaFleur – There’s a Lot to Be Said About Appearances 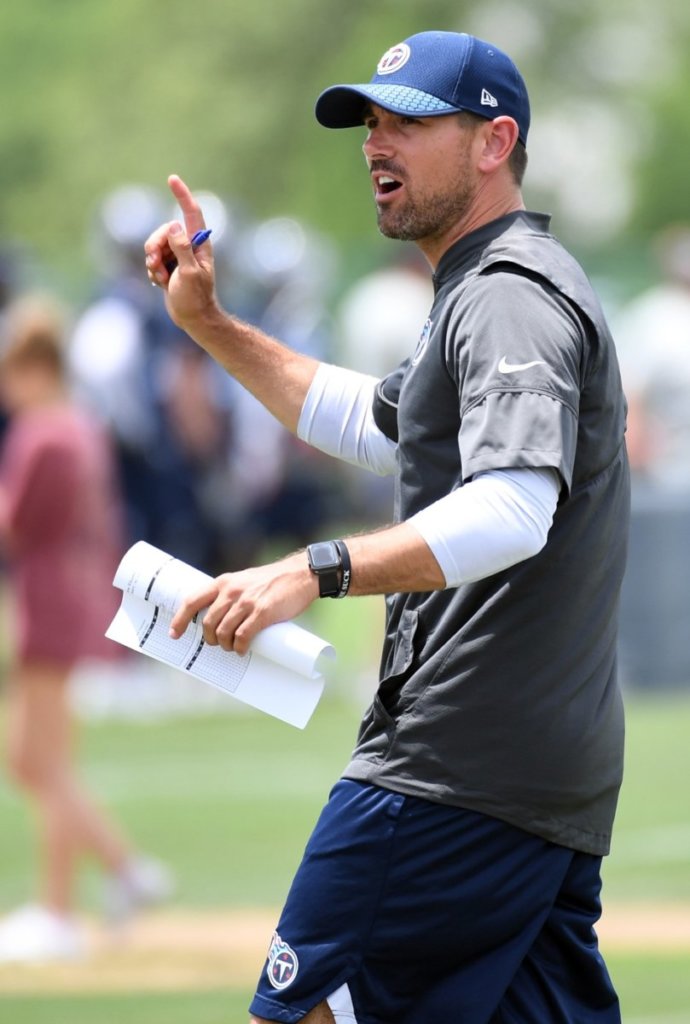 What’s the first you saw of new head coach Matt LaFleur? Probably a still photo. It revealed to me a lean, lanky, raw-boned, short-haired, no-frills youthful guy – by god, a millennial who looks like a 25-year-old marine. I liked him from the start. To me, leanness and the rest denote self-control, self-respect, good health, and high energy.

Next, you probably saw a video, perhaps of the press conference in which Mark Murphy introduced him to Packerdom. I saw a man who was plain spoken, unpretentious, non-egotistical, and even understated – comfortable in his own skin, to quote an old Elway commercial.

These are more good qualities for a coach, or anyone. Lest you think he’s a bit bland, he offers up some style and personality with that goatee – which comes and goes along with the facial hair along the jawline.

At some point in that first week of interviews, Matt answered someone’s question with “I really don’t know how to answer that.” Beats the hell out of making something up or saying something that says nothing. Maybe I’m looking for microscopic evidence, but I can’t readily recall ever watching an interviewee give such an answer. It suggests honesty to me.

As the days go on, I’m seeing a guy who’s smart but not in an intellectual way. He communicates in a straight-forward manner. He’s not defensive with the press, and not worried about making a mistake – the latter tells me he not afraid to take risks.

He’s obviously thought it all out about what he intends to do as a head coach. He’s prepared every step of the way, for ten years, for this moment.

The contrast with the outgoing coach is stark. I’m not into the sport of hitting a guy when he’s down. Let’s just acknowledge that McCarthy has become rotund over the years – with all that it implies.

Isn’t Big Mike’s physique the very opposite of what you’d want for such a high-stress, think-on-your-feet job? I’m sure some of you can come up with another NFL coach who was obese, awkward, lacking energy, or whatever, but still successful. But it would likely be the exception that proves the rule.

Davante Adams just got quoted as saying that LaFleur is a “big change-up from Mike’s style, obviously, just off age alone.” He adds that he seems “really relatable,” and then goes further:

To be able to lead men, you’ve got to be able to entertain them and capture their attention and gain their respect. He’s a guy that I see we can definitely move in that direction with.

That’s what I’ve been trying to say, only Adams says it better and more succinctly. I’ll leave it to you to do some reading between the lines of Davante’s comment.

Back to the weight thing. I recall that many grand master chess players prepare for months for major matches by maintaining a rigorous physical exercise regimen. For chess games! The brain, after all, is a muscle, and it performs best when the rest of the body is in tip-top shape and providing great circulation up into the skull. This undoubtedly aids in grand masters’ ability to concentrate, process, and scheme, without wearing down over what is around a two- to three-hour game – just like what an NFL head coach faces on game days.

In either game, you need to plan ahead, weigh many options in an instant, remain constantly alert to what the opponent is doing, and respond quickly. In other words, think fast. I’m trying to recall a time when the sphinx-like McCarthy ever made an instant reaction on the sidelines – other than raising him arms when there’s a touchdown.

My conclusion: Big Mike for years hasn’t been physically fit enough to handle the rigors of such a demanding job. It’s retirement time.

Finally, whether in warfare or the NFL, it greatly helps if you can set an example for the troops you command. Matt LaFleur is spit and polish, disciplined and organized. I suspect the players will soon find out, as did the front office guys who unanimously agreed on the hire, that he’s prepared extremely well for this assignment. Mark Murphy has implied that it was this quality that separated him from the other candidates.

Let’s hope he’ll field a team that reflects his personal qualities – which is often the case when it comes to dynamic head coaches.

I think this guy is going to be a strong, if somewhat reserved, leader, and his players are going to be inspired to follow his lead. The biggest unknown in my mind: is he not just a leader, but a motivator?

Appearances can be deceiving, but I doubt that applies to Matthew LaFleur. For effect, I normally like to stick in a person’s middle name here, but I don’t think he has one.

Like I say, he’s lean and no-frills. What you see is what you get. I’m ready to go on record: I like what we got.

Previous Article
A Tip of the Hat to Julius Peppers
Next Article
Here’s the Pack’s Problem: One WR1, zero WR2s, seven WR3’s