How will LaFleur get the most out of Rodgers? 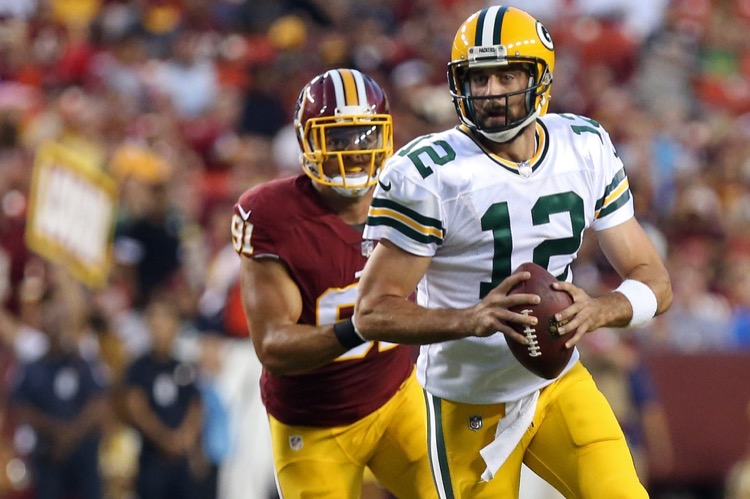 Aaron Rodgers has spent 14 seasons in the National Football League and only has one Super Bowl ring to show for it. For a man who has the best passer rating in NFL history, that is simply not enough, and it would be a huge shame for his talent to go to waste.
At 35 though, there can’t be many good years left in him, but his contract extension shows that he is committed to playing until at least his late 30s. That still allows plenty of time for him to add to add to his ring collection, but things undoubtedly have to change.
One of those big changes has happened already, with Mike McCarthy leaving and Matt LaFleur coming in, and he could be the perfect man for Rodgers to work with. Admittedly, Rodgers didn’t have the best season in 2018 but it was still a very good one when compared to other quarterbacks.

There was an inconsistency there though and that is something that LaFleur will be looking to fix. That would be helped by giving Rodgers some more weapons in offense, with the tight end position being one that needs addressing the most. More receivers might be needed too, especially if Randall Cobb is picked up by another team.

In order for LaFleur to get the most out of Rodgers, he needs to be kept on the field. He doesn’t have the most resilient of bodies and it needs to be protected. A failure to do this will result in an injury that not only puts fresh doubt on the squad but also sees the Packers’ future NFL betting odds lengthen drastically; the 49 sacks that he took in 2018 was an incredibly high tally. It’s hard for any quarterback to deliver under that much pressure, and so the offensive line clearly needs improvement.
A new offensive line coach – along with improvements with the guards and the right tackle – should see to that. Failure to address those issues will see the Packers suffer in 2019, as will LeFleur’s (for now hypothetical) failure to find a way to give Rodgers more time in the pocket.

Another area where McCarthy failed last season was in the running game, as the team ranked 21st in terms of rushing yards. Again, this is not good enough for a franchise of the Packers’ stature, especially with talented running backs in the form of Aaron Jones and Jamaal Williams. This will also be helped by an improvement in the offensive line, thereby giving the opposing defense more to think about when they are trying to get at Rodgers.
Ultimately, with LaFleur calling the shots, the Packers should be able to have a more dynamic running game which will be able to take more of the pressure off Rodgers, and allow him to be more comfortable with the ball in hand. Undeniably, Rodgers’ numbers weren’t as good as they could have been last season, but that could be as much down to the offensive line, and the coaches that he had, rather than any drop-off.
If LaFleur can fix last season’s problems, then we could see a reinvigorated and healthy Rodgers who will be able to add to his solitary ring.