Did Gutekunst Get an Under-the-radar Find in Valdes-Scantling? 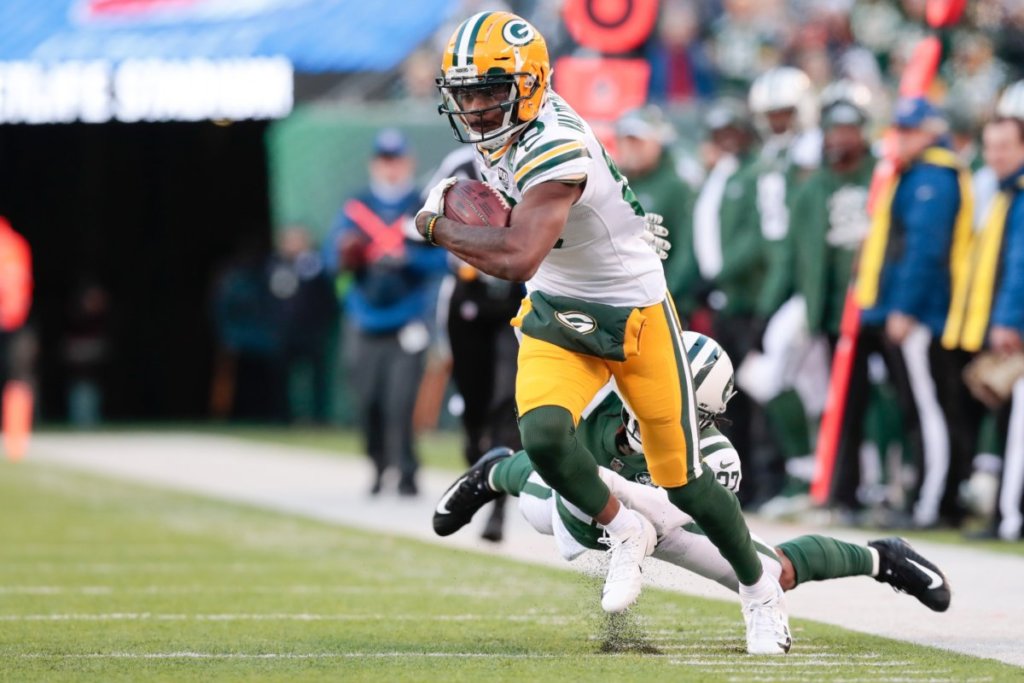 My previous premise was that the Packers need more talent in the WR2 slot if they are to return to being a playoff team. Of seven WRs on the current roster – Geronimo Allison, Marquez Valdes-Scantling (MVS), J’mon Moore, Equanimeous St. Brown, Jake Kumerow, Trevor Davis, and Allen Lazard (?!) – their draft positions respectively were: 5th round, undrafted, 4th round, 6th round, undrafted, 5th round, and undrafted.

This is a “deep position” in numbers only, not in talent or accomplishments to date. As the Music Man said, “You got trouble, my friends.”

The only two prospects that I see potentially making a big leap in a year’s time are Geronimo and MVS. Sorry, but I continue to believe Geronimo has a low ceiling. His undrafted status is one big clue, and his terrible combine scores is another. He has fine hands and a great catch radius, but, except for several “scramble” plays, he creates little separation, and that will catch up with you over time.

The Packers had to be thrilled with MVS’s rookie year. When Allison, and then Randall Cobb, went down with injuries, he rose to the occasion. In games five through nine, he had 21 catches for 361 yards, including two 100-yard games. But then in games 10-14, he had only seven catches for 61 yards. Did something cause Rodgers and/or McCarthy to lose faith in him midway through the season? I can’t remember.

He certainly proved to be a deep-ball threat – a need for this team – with five catches of 38 or more yards.

Here’s the optimistic take on MVS. He was undervalued by the league in not being taken until the 174th pick, in round five. Why? Because he didn’t have a strong collegiate career. Why? Well, he mostly sat on the bench for two years at NC State, before transferring to the University of South Florida – that meant he had to sit out the 2015 season. 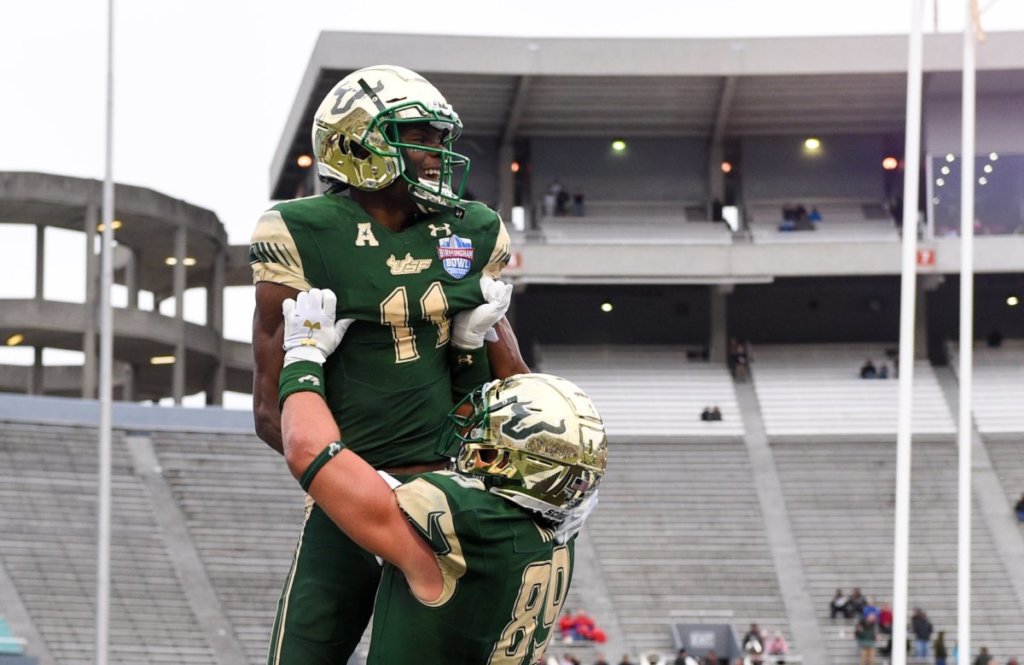 Marquez Valdes-Scantling (11) celebrates with tight end Mitchell Wilcox (89) after scoring a touch down against the Texas Tech Red Raiders during the 4th quarter in the 2017 Birmingham Bowl at Legion Field. Mandatory Credit: Adam Hagy-USA TODAY Sports

As a junior at USF, in the, he only caught 22 passes, but they went for 415 yards (18.9 ave.) and five touchdowns. He finished his college career with 53 catches for 879 yards and six TDs. USF lost only two games in each of these years, bowl games included, but they played in the mid-range American Athletic Conference.

So, MVS had only one solid season in college, and it was for a team that was just starting to gain some national prominence, and doesn’t even have its own stadium. This undoubtedly created uncertainty among scouts.

There are encouraging signs that MVS has much more talent than your typical fifth-rounder. If he has a breakout year in 2019, it would greatly enhance Green Bay’s playoff hopes.

MVS’s development and potential have to be occupying a good deal of GM Brian Gutekunst’s mind as the draft approaches. How Gute thinks he’ll perform in 2019 will affect the Packers’ draft plans. If he has confidence in the youngster, he probably won’t draft a receiver until the later rounds, or not at all. He probably does have such confidence – he’s the guy who brought him here. 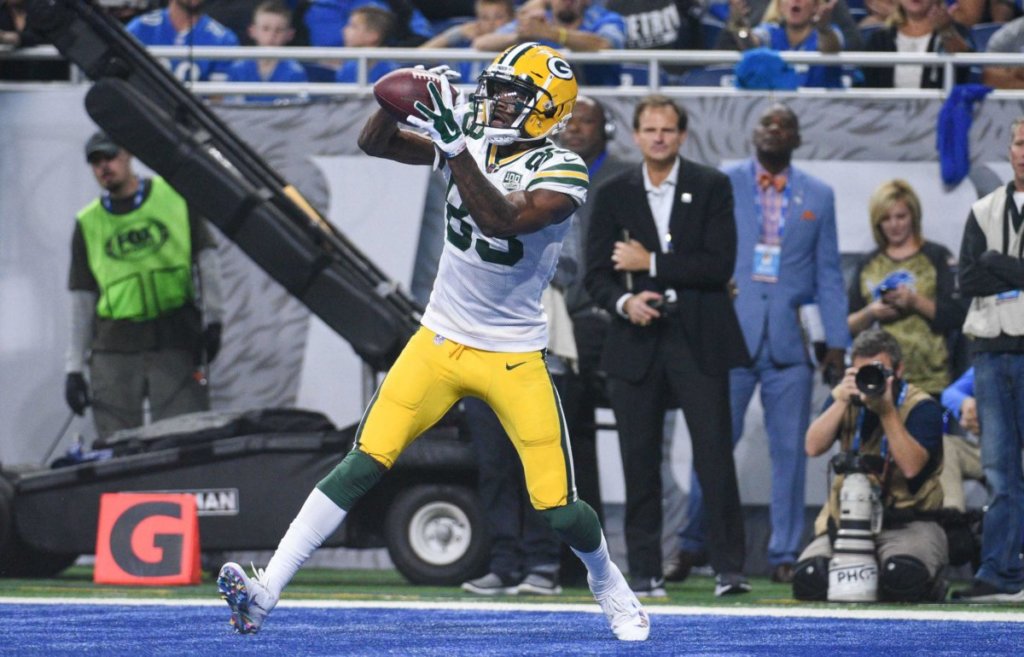 The other factor in play is free agency. I just saw someone’s list of the ten top free agent receivers heading into 2019. It didn’t look to me like there were many good fits for Green Bay. The one exception is Cole Beasley, the seven-year Dallas veteran who is viewed as a slot receiver specialist.

Interest in Beasley in turn depends on whether the Packers wish to retain free agent Randall Cobb or let him go. After being overpaid by around $25 million the last four years, he in fairness ought to offer his future services for a pittance.

Lots of pieces in play, lots of unknowns. But it sure looks to me like MVS is going to win that WR2 job, opposite Davante Adams.

I don’t feel it’s crazy to think MVS could have a 1,000 yard season in just his second year as a pro. That’s something Adams, Jordy Nelson, James Jones, Greg Jennings, Donald Driver, and Jayvon Walker never came near to achieving, though Cobb (954) and Antonio Freeman (933) came close.

The Packers have in modern times produced at least one receiver who had a grand second year, but it was 30 years ago: Sterling Sharpe had 90 catches, for 1,423 yards and 12 TDs. Of course that’s apples and oranges – he was the seventh overall draft pick in 1988.