by Jason Parker
in News and Rumors
47

Michael Cohen with The Athletic quotes sources in regard to Cole Madison’s strange lack of presence on the team in 2018 after being the fifth-round draft pick. Until now, all we knew was from a press conference in August in which Gutekunst said, ‘He’s still dealing with a personal matter’.

Sources: The tragic death of Washington State QB Tyler Hilinski is keeping Cole Madison away from the #Packers. Madison never reported to training camp last season and is struggling to process the loss of his friend.

Packers offensive lineman Cole Madison has been away from the team since the conclusion of the offseason program in June. His absence has been shrouded in mystery, and now a return to football seems uncertain.

The Athletic Wisconsin has learned that Madison’s absence can be linked to emotional distress brought on by the suicide of a close friend and former teammate. Four sources said Madison has been deeply affected by the tragic death of Washington State quarterback Tyler Hilinski, who took his own life on Jan. 16, 2018, two weeks after playing in the San Diego County Credit Union Holiday Bowl.

The whole situation raises the lingering issue of brain damage caused by excessive hits and aggressive contact that the sport is known for. The death of his friend, Washington State QB Tyler Hilinski, was due to Chronic traumatic encephalopathy (CTE). Caused by repeated head injuries, this condition is notorious for getting continuously worse with time.

This was a fate that Hilinski could not face and now Cole Madison is contemplating his own health and future. According to an interview with Hilinski’s parents on NBC News after his death, ‘The medical examiner said he had the brain of a 65-year-old, which is really hard to take’. You can learn more about Hilinski’s condition from his parents in this lengthy documentary with Sports Illustrated.

Number 138th overall pick Madison was present for off-season workout(pictured above in May 2018) but did not arrive for training camp. Of course, there is always the possibility that Madison will choose not to return. I’m sure the team will respect his decision either way. If I were a betting man, I would head to Online football betting at 888sport NJ and put money down on us not seeing him in a Packers uniform next year. 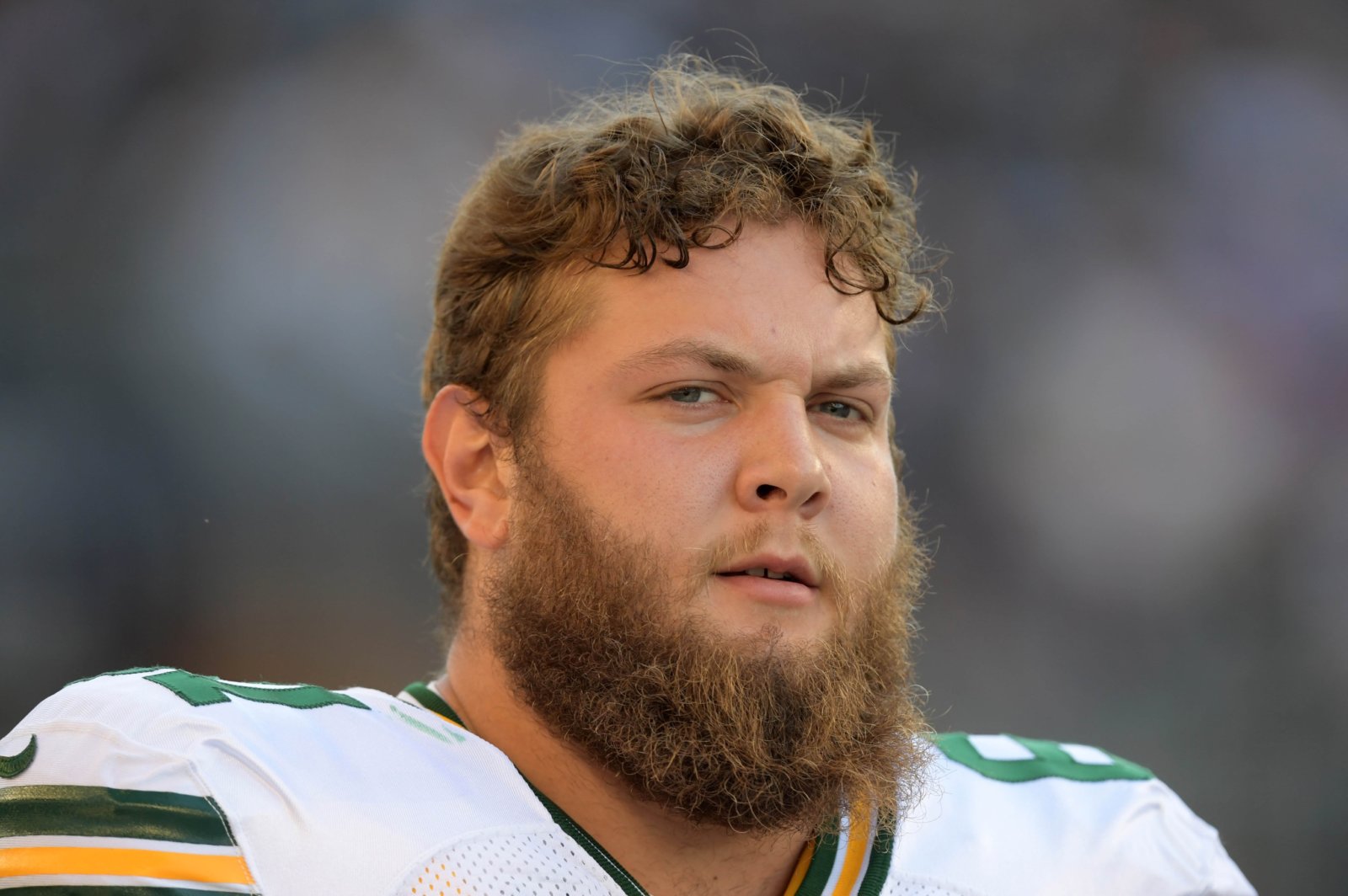 Cole Madison Discusses His Return to the Packers Active Roster