by Rob Born
in Articles & Analysis
7

When Mike McCarthy twice resorted to extensive changes in his coaching staff, it was mostly to deflect criticism of himself, not as a means of bettering the team. In almost every case, McCarthy elected to bring in coaches he was comfortable with, not those who constituted a radical change or improvement from the way the outgoing guys operated.

In contrast, Matt LaFleur’s coaching choices are being brought in to do things differently than their predecessors. It’s widely agreed that the Green Bay Packers had become stagnant, predictable and largely uninspired as the McCarthy regime wore on. With most head coaches, this is the rule, not the exception.

Below I’ve listed eleven new coaches who have been brought on board. The list includes the ages of the new men and those they are replacing. A “?” denotes one’s approximate age, as the Packers web site doesn’t give ages its capsule summaries, and Wikipedia does not yet contain a listing for some of the newer coaches.

If an incoming coach is younger than his predecessor, the difference in years is shown as a minus, and if he’s older it’s a plus number. In some cases, those replaced had slightly different titles, as Big Mike started giving a bunch of his people monikers like offensive run game coordinator and defensive pass game coordinator. LaFleur has done away with such gimmickry. One such example is Jim Hostler, a passing game coordinator who left at the end of last season. I’ve also not included the various “quality control” coaches or some other lesser assistant coaches or coordinators.

While we won’t right away be able to get a thorough assessment of LaFleur’s new staffers, it’s obvious they tend to be of the same generation as their boss: nine of the ten other newcomers are within six years of the 39-year-old head coach. The exception, Shawn Mennenga, is nine years younger.

Mike Pettine, at age 52, becomes the old man of the coaching staff. 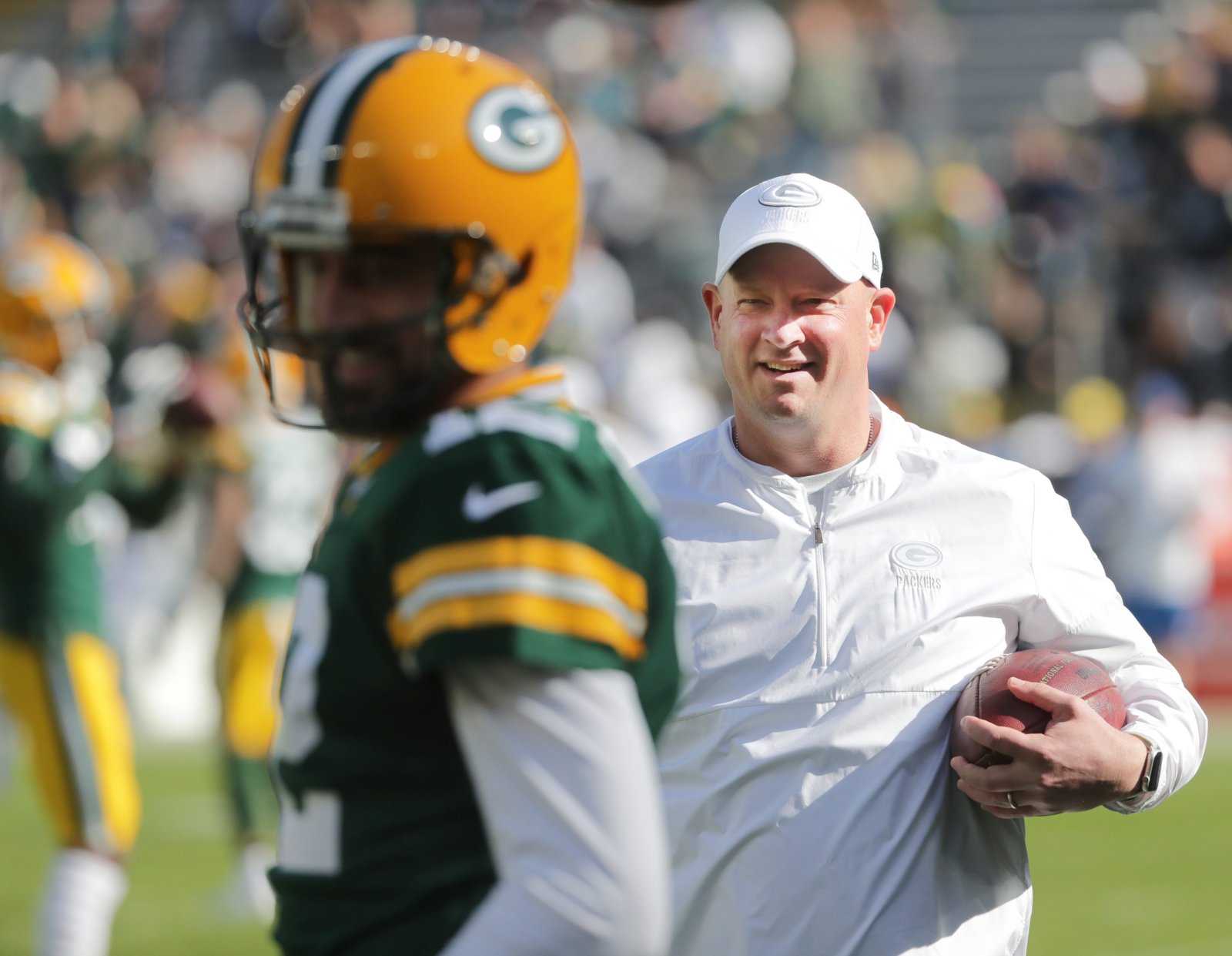