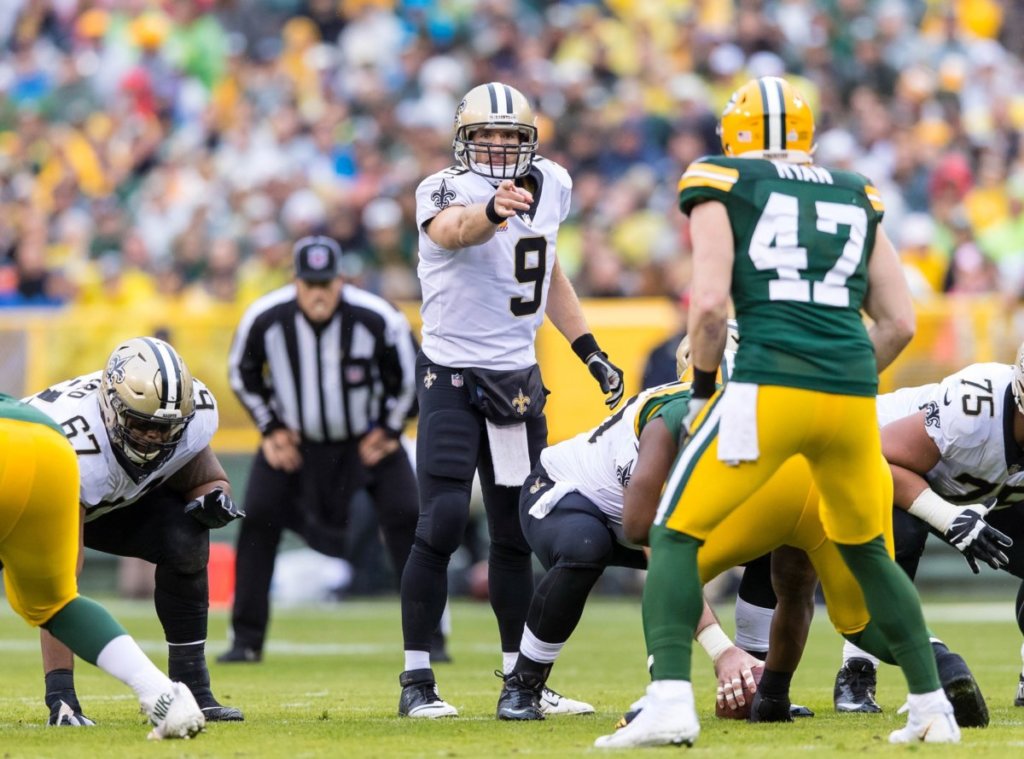 Why has Aaron Rodgers been on such a notable decline in his passing efficiency, while the Saints’ Drew Brees – five years older – keeps getting better? I think the answer lies in the two teams’ differing passing attacks. Put more succinctly, Brees is a quick-pass guy, while Rodgers likes to hold onto the ball for ages.

Though somehow less acclaimed than Marino, Manning, Brady, Rodgers, and maybe even Roethlesberger and Favre, Drew is unquestionably one of the three best NFL QBs ever. When it comes to completion percentage (pass efficiency), there’s no one even close to him.

Could it be that the Saints organization has simply given Brees paramount receiver talent? Let’s look at 2018.

Brees’s ace receiver, for all his three years in the league now, has been Michael Thomas. The Saints got the Ohio Stat Buckeye in the second round in 2016, and he had his best season last time around: 125 catches, 1,405 yards, 9 TDs. He’s great, though he’s not light years ahead of Davante Adams.

It’s when we look at the rest of Drew’s supporting cast that things get interesting. In order of next best yardage, the Saints other wide receivers were: Tre’Quan Smith (427), Ted Ginn (209), Keith Kirkwood (209), Cameron Meredith (114), and Austin Carr (97). Ever heard of them? Other than Ted Ginn, that is – a 33-year-old vet who only played in five games. 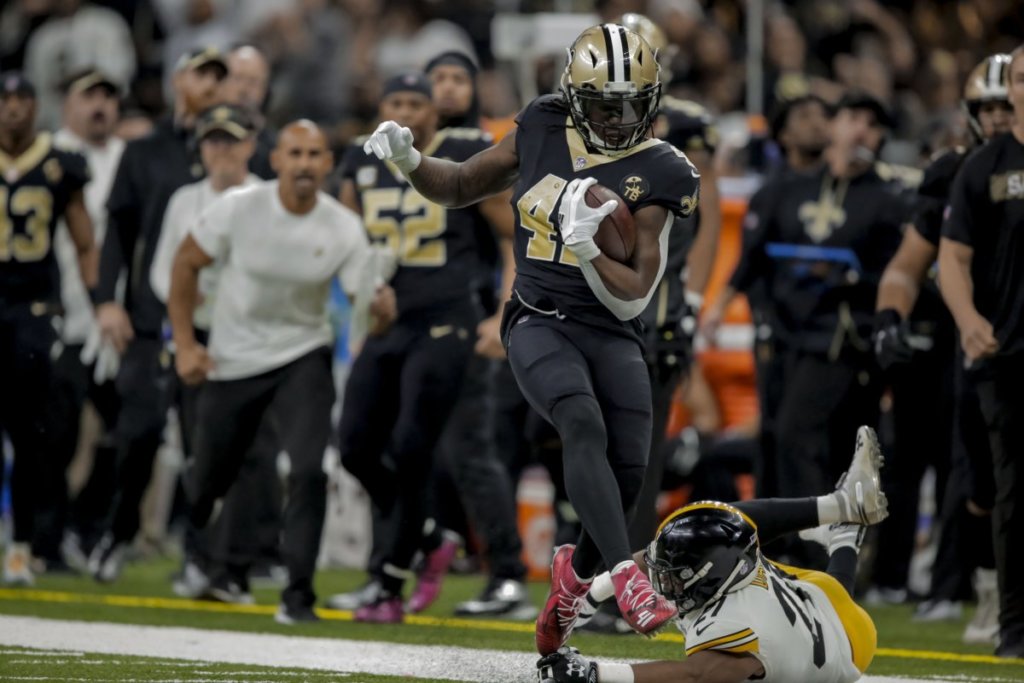 I’ve left out one other receiving threat: running back Alvin Kamara. He’s a recognizable name due to how Coach Sean Payton has used his versatility. Just a second-year man and a third-round pick, in 2018 he ran for 833 yards, caught 81 passes for 709 more, and returned punts for another 208 yards. He’s under 5’10”, and he’s not particularly strong or fast (4.53).

After watching several Kamara highlight reels, I can tell you he’s shifty – a great deal of his yardage comes after the catch. On the other hand, his typical catch either comes by way of a nice screen setup or simply drifting alone out into the flat. Easy throws, easy catches. He compares size-wise and athletically to the Pack’s Aaron Jones, though I’d give the edge to Aaron.

Whereas Jones has been targeted 53 times in two years in Green Bay, Kamara has been thrown to 205 times in his two seasons in New Orleans. Some teams fully utilize their star talents; others platoon them. Payton is acknowledged to be one of the NFL’s most resourceful coaches, and he has an AP Coach of the Year award as proof. Let’s hope Coach LaFleur follows his path.

How did Coach Payton take his geriatric QB, one star receiver, and a bunch of hand-me-downs to within one non-called penalty of the Super Bowl? A better scheme, better play book, smarter play calls – and the quick-pass game, that’s how.

NFL Next Gen Stats has released its statistics on quarterbacks for 2018, and they include “time to throw.” Fourth fastest in delivering his passes, at an average of 2.59 seconds, is Drew Brees. Other quick-release specialists include Ben Roethlesberger (2.55, 2nd) and Tom Brady (2.61, 7th). The other end of the list consists mostly of inexperienced NFL QBs: Sam Darnold (31st), Jared Goff (33rd), Deshawn Watson (36th), Lamar Jackson (38th), and Josh Allen (39th and last). Where does Rodgers sit? He averages holding the ball for 2.95 seconds – in 35th place.

Yes fans, so much is related to releasing the pass quickly: sack rates, completion percentage, throwaways, third down success – winning! As a bonus, throw in: keeping the QB healthy.

I’m hoping Matt LaFleur tears out those slow-developing and three-progression-look pass plays that have been in the Green Bay play book for years. I’d set as an attainable benchmark for 2019 that Aaron launch his passes within 2.7 seconds on average – which would put him smack in the middle of his fellow NFLpassers.