Rams’ Advance to the Super Bowl Holds Promise for Packers

TP readers have lately been doubting whether the Packers have enough player talent to be competitive in 2019. But what if the team can still win without having a roster full of stars?

In Week 9, the Saints dispatched the Rams, by a 10-point margin – but not before Goff and company netted 483 yards, 391 came through the air. Today the Saints –greatly aided by a deafening home field environment – completely derailed the LA offense until late in the first half.

But the Rams recovered and by the end of regulation they had amassed 363 yards, with passing accounting for 283 of it. The Rams had 67 more yards of offense going into overtime.

During the regular season, the Rams averaged over 420 yards of offense, so this was hardly one of the Rams’ better offensive displays. Still it was enough for LA and its mostly young skills players to prevail. 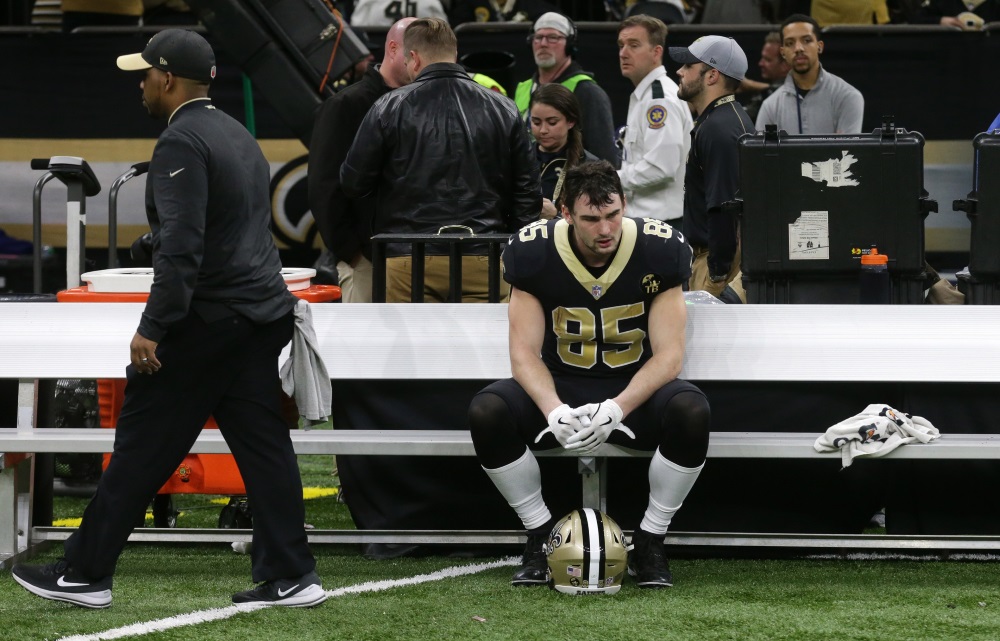 I’m going to take a look at that Rams’ pass attack personnel, and make some comparisons with the corresponding Green Bay players.

LA’s top receiver in 2018 was speedster Brandin Cooks. In the regular season, he was thrown to 117 times, had 80 catches, 1,204 yards and five touchdowns. Except that Cooks is much faster than Davante Adams, these two are roughly comparable as WR1’s.

Jared Goff’s most favored target on the year, however, was Robert Woods, who caught 86 out of 130 targets, for 1,219 yards and six TDs. Whoever heard of Woods, outside of Buffalo fans, until he joined up with Sean McVay in LA? Woods is an unexceptional athlete, 6’0”, 195 pounds, 4.51 dash time, and well below average combine numbers. In four years at Buffalo, though he was a prominent target throughout, Woods averaged just 51 catches, 613 yards, and three touchdowns. In fairness, he had several minor injuries with the Bills, and averaged playing in only about 14 games per season.

When Woods hooked up with McVay in 1017, his numbers went up: 56 catches for 781 yards, and five touchdowns – and he achieved this output in playing in only 12 games. In his second season in LA, an injury-free Woods had 86 catches 1,219 yards, and six TDs. Though it took him six years to have a 1,000 yard season, it was a remarkable year for one with little acclaim and less athleticism.

Assuming that a healthy Geronimo Allison is still the Pack’s number 2 wide receiver in 2019, might we expect a similar jump in productivity when Matt LaFleur installs the same type of offense that caused Woods to blossom?

We don’t have a lot to go on with Allison. He’s only caught 55 balls in his three pro seasons. While his yards per catch is a commendable 13.8, the numbers are skewed a bit by his 64-yard TD this season, and a 72-yard catch and run in 2017. In each case, Allison was the recipient of lax coverage. He was left unguarded in his 2017 jaunt, and benefitted from a Rodgers-caused “free play” when he got wide open last year – though he made a dazzling run after the catch in that one.

The Rams’ number three wide receiver was Cooper Kupp – who? He was drafted by the Rams in the third round out of Eastern Washington and the Big Sky Conference, barely played in 2017, and lasted just eight games this year before an ACL injury grounded him. His replacement was Josh Reynolds, another lightly-regarded 2017 mid-round draft pick. Both Cupp and Reynolds, however, were productive in this offense – they combined for 69 catches, 968 yards through the air, and 11 TDs.

Tight end Tyler Higbee was a non-factor in the offense, with only 24 receptions and 292 yards on the season.

I’m working on a theory regarding the Shanahan-McVay-LaFleur offense. I say that because it was Kyle, Sean, and Matt who, as assistant coaches to the Redskins’ Mike Shanahan from 2010 through 2013, ran and tweaked the offense that Mike invented.

My working theory is that this “new wave” offense benefits as much from mistakes made by defenders as it does from the talents of the offensive players, and particularly of its receivers. If receivers, because of play-action fakery, men-in-motion, bunching of receivers, criss-crossing routes, and so on are able to get wide open, say, one out of every four pass plays due to all the fakery and deception, then even average players can run up gaudy statistics.

The theory even suggests that you might not need a Rodgers or Brady throwing the ball in order to run this offense effectively.

So, with one top-tier receiver (Cooks), one third-year, second-tier (currently) quarterback, and an average and inexperienced supporting cast of receivers, McVay has guided his team to an offense ranked a close second to that of Kansas City. And he’s capped that off by leading them to the Super Bowl in just his second year as a head coach. The Rams had but four wins in 2016.

If the theory holds any water, maybe LaFleur’s offense will allow him to get the most out of the Pack’s receiver group – which some would call ordinary, and others well below average. Insert Rodgers, instead of Goff, into the equation, and I can’t blame any Packers fan for getting excited about the team’s offensive potential in 2019. Sure, this calls for a little leap of faith.

The biggest beneficiaries of the LaFleur hire could well come from the team’s group of three 2018 draftee receivers, or from two guys who went undrafted in 2015 or 2016: Kumerow and Allison.

I obviously think – and pray – that quality coaching is an crucial element to NFL success – another theory that has been borne out by the Final Four head coaches this year. Now we just have to find out, and we’ll know pretty soon into the season, if Matt LaFleur is indeed a quality head coach.

Previous Article
NFL Coaches: the Cream Has Risen to the Top
Next Article
News and Rumors: Packers with 30th Pick in First Round, No Abroad Game Next Season, Patrick Graham Goes to Miami