Which Side of the Ball Should the Packers Be Drafting on? 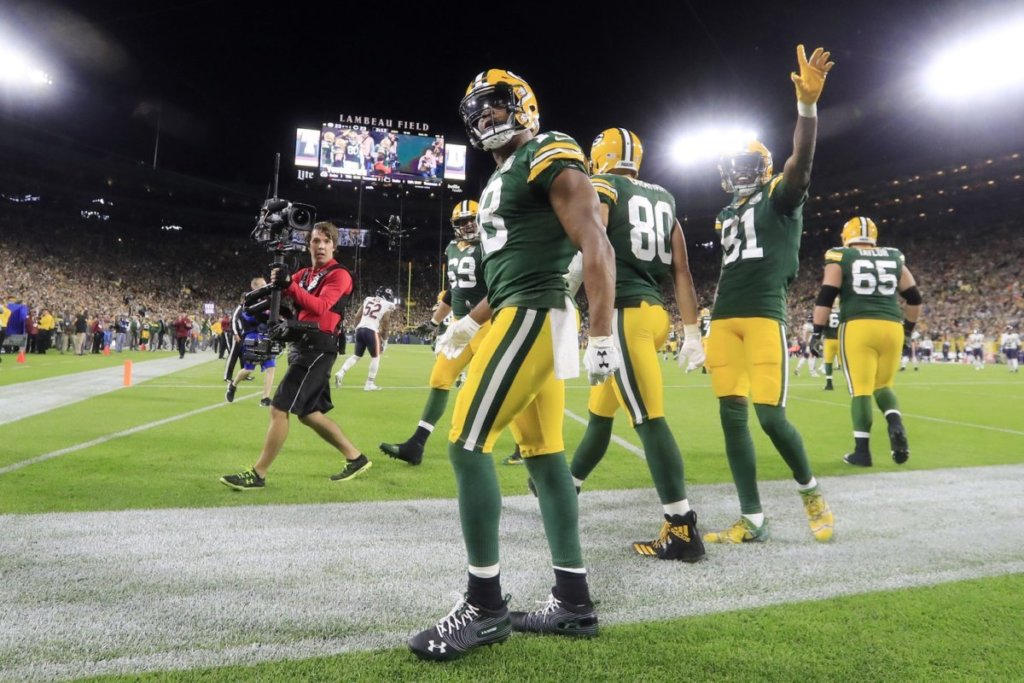 Did you read my take on how the common thread of the remaining four NFL playoff teams is they are all passing powerhouses? That’s a pretty obvious fact, but now let’s merge it with how the Packers have been allotting their top draft picks over, say, the last five years.

From 2014 forward, the Packers have chosen sixteen players in the first three rounds. They have two picks in Rounds 1, 4, and 6 of the upcoming draft.

Of the sixteen, no less than 12 have been defensive players. Making matters worse, three of the four offensive selections have been Jason Spriggs, Richard Rodgers, and Ty Montgomery.

Over the last five years, the only talent coming from the early rounds of the draft, at any offensive position, has been Davante Adams. Wow! Even in the latter rounds, about all the offense has gotten are Jamaal Williams and Aaron Jones in Rounds 4 and 5 in 2017, and Corey Linsley in Round 4 of 2014. We still don’t know how well receivers J’Mon Moore, Valdes-Scantling and St. Brown, taken in rounds four, five, and six in 2018, will turn out.

Maybe Brian Gutekunst, who’s only been the GM for a year, can reverse the trend. This time around, I’d certainly like to see at least four of the team’s first five choices be offensive (in the player position sense of the word) guys.

Given Green Bay’s record of late-round futility, I’d be okay with trading, say, a fifth, sixth, and seventh pick for one third round pick.

Also, unless Gute is able to get better value out of the latter rounds, more emphasis should be placed on filling roster holes with free agents.

Gute has given ample indications this will in fact be the case. Most FAs have a somewhat proven record of professional performance – so they are less chancy than are players coming out of college.

The Packers haven’t just failed to provide a supporting offensive cast for Aaron Rodgers – they haven’t even attempted to do so via the draft. I got all but tarred-and-feathered when I called for drafting a top=notch receiver in Round 1 two years ago. I was still for that in 2018, and, yes, I’m still for it now. We need Even if any of last year’s three drafted receivers show signs of becoming a starting-quality NFL player (or the undrafted Allison or Kumerow), a first-class pass attack calls for more talented receivers – players with higher ceilings. Greg Jennings and Randall Cobb, both second-round picks, became starting-quality players by their second year. It took longer, however, for Jordy Nelson, James Jones, and Jermichael Finley.

I should mention second-rounder Davante Adams. Though he was chosen to instantly be a starter in his rookie season, he wasn’t ready that year, or the next. I often think of how costly a mistake it was in 2014 for the Packers not to have three starter-quality receivers on an otherwise very solid team. That’s right, the team let James Jones go to the Raiders in the off-season. In my opinion, this cost the Packers a Super Bowl appearance that season.

To complement Davante, and ease his double-teaming burdens, we need to draft a receiver who can crack the starting lineup in Week 1 – not another middle-round prospect.