Mike McCarthy: That Was Then, This Is Now 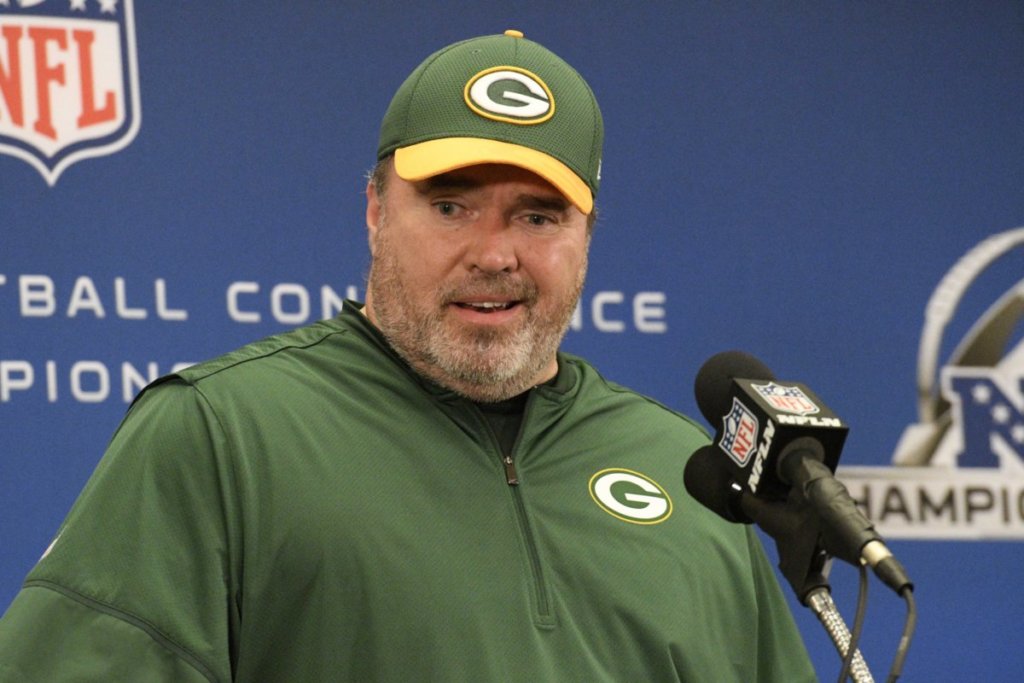 McCarthy speaks to media after the game against the Atlanta Falcons in the 2017 NFC Championship Game at the Georgia Dome. Atlanta defeated Green Bay 44-21. Mandatory Credit: Dale Zanine-USA TODAY Sports

Another Packers Blog posted something by Peter Bukowski that caught my attention. The gist of it is that despite having less success than Mike McCarthy and Aaron Rodgers, Saints counterparts Sean Payton and Drew Brees get less criticism and better treatment. The writer thinks it’s because Green Bay fans have higher expectations. I’m okay with that contention.

He then goes on to say McCarthy has “presided over more winning seasons, more division titles, playoff appearances, conference championship games, and No. 1 offenses” than Sean Payton. Still okay. But it’s his conclusion that hits a sour note: “Yet one is employed, and the other isn’t.”

While most fans applauded Big Mike’s dismissal, and certainly the bulk of TP readers, McCarthy has his share of defenders, or at least sympathizers. So, being a sensitive guy, I’ve been meaning to touch on the subject anyway.

Back on October 19, 2016, I took a fairly in-depth look at the regular season winning percentages, over time, of many of the NFL’s most successful coaches. (See here) It revealed a bell-shaped curve in almost every case: “rising winning percentages peaking at the height of their careers and then descending precipitously over the final years of coaching.”

First, I noted the five exceptions I found: John Madden, Tony Dungy, Bill Belichick, Andy Reid, and St. Vince. Interestingly, we watched two of the five still at the peak of their powers just over a week ago.

I picked out eight great NFL coaches and gave their winning percentages in their glory years and the same for their final years. Here’s an abbreviated summary:

These are some of the best modern-era NFL head coaches – and yet they all had drastic declines in their success as the years went by.

I noted even back in late 2016 that McCarthy “appears to have begun his coaching descent.”

Here’s an update to his career – on the first line, I included 2015 and 2016 in the glory years, and in the second I put them in the years of decline:

Even if someone out there can find such a guy, do you really believe McCarthy was going to be a guy who could do that?

The evidence is, dare I say, incontrovertible.

No logical, reasonable, and smart employer should make a 2019 employment decision based on what a person accomplished from five to ten years ago. Murphy shouldn’t, and didn’t make his decision based on Big Mike’s body of work. The primary question was: what were his abilities at that moment? A secondary question might be: what appeared to be his prospects heading into the near future. Talking about one’s body of work is only relevant to one’s legacy or historical context.

Only a handful of NFL coaches have been able to sustain excellence beyond a decade. It’s a high-demand high-stress and ever-changing job, and McCarthy, like most other head coaches, over time was not able to keep up with the changes and the pressures.

Here’s another simple way to look at things: there was McCarthy then and there’s McCarthy now. Two very different guys.