Jimmy Graham Will Return Next Season 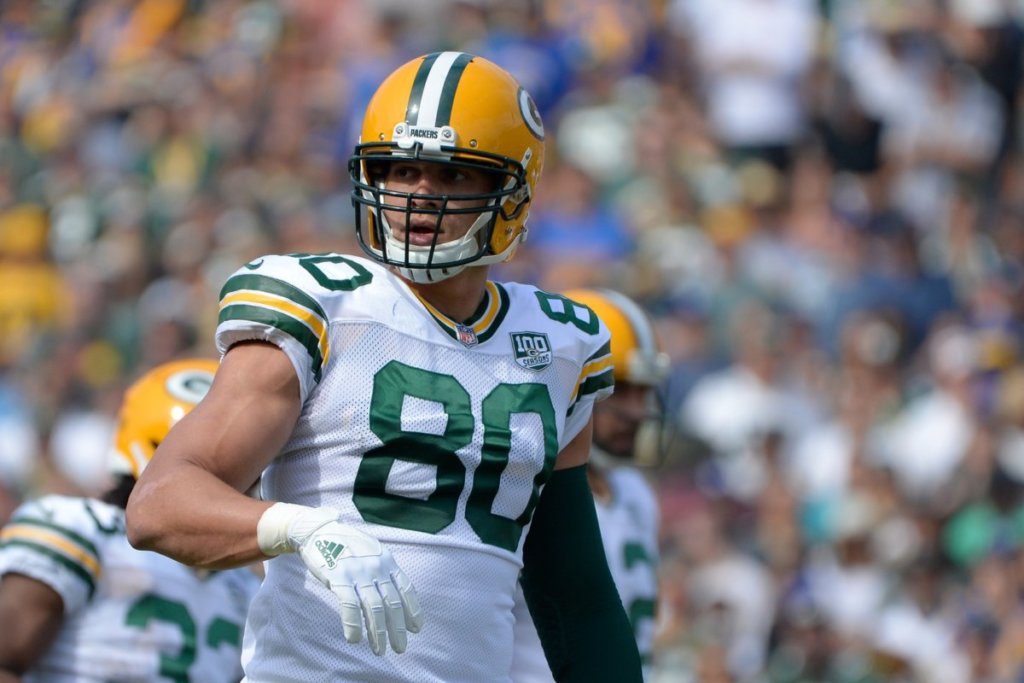 Rodgers will still have Graham as a target next year, according to Ian Rapoport:

A non-Super Bowl tidbit: When the #Packers prepare for the offseason, they do so with the belief that TE Jimmy Graham will be back for 2019, source said. He’s due a $5M roster bonus on 3/15, and the expectation now is they pay it and he returns. Another season with Aaron Rodgers.

While injuries and inconsistency have kept Jimmy Graham from being that exciting addition to the offense many hoped, he will get one more shot at being the Red Zone threat he is slated to be. It will also be interesting to see how Matt LaFleur’s new offense intends to utilize the tight end position. With 12 starts, Graham finished the 2018 season with 55 receptions for 636 receiving yards and two touchdowns.

The Packers office must really see something special left in Graham and feel he is important for the team’s reboot under Matt LaFleur. Personally, I don’t feel he is worth his cost. Graham will receive a $5 million roster bonus in March and keep his base salary of $3.45 million.

With that said, Mike McCarthy isn’t exactly keen on tight end strategy and leveraging the position so at least next season Graham can be judged more fairly – assuming he can stay healthy all season to earn his salary. Hopefully the Packers will continue to look towards the future this off-season and still make an effort to bring more TE talent to the team. It should also be noted that the wording of Rapoport’s tweet does not make it sound like it is 100% certain to happen so we’ll see.

Previous Article
Davante Adams and Aaron Jones Are Finalists in NFL.com’s TD Celebration of the Year
Next Article
Mike McCarthy: That Was Then, This Is Now