by Jason Parker
in Uncategorized
26

When we’re not doing convoluted math to predict if we have much of a chance at the playoffs(barely), or grieving over the loss of our beloved Monty, we are thinking about the upcoming game. Philbin pulled his weight last week(despite some debatable use of challenges) but there are still several injuries plaguing the team that are hard to ignore. As far as our snowball’s chance in hell playoff possibility, this is obviously a must-win game for the Packers going into Soldier Field this weekend. Not reaching the postseason since 2010, the Bears are going to be hungry for a win to protect their position as 1st in the NFC against the Vikings.

Something else worth noting from last week’s game against the Atlanta Falcons was Aaron Rodger’s seemingly improved attitude and high morale in the first game without Mike McCarthy(his closest friends call him Gravy Fart). Looking forward, Rodgers will hopefully continue to perform well under the direction of Philbin.

Here is how the two teams match up statistically(source: ESPN): 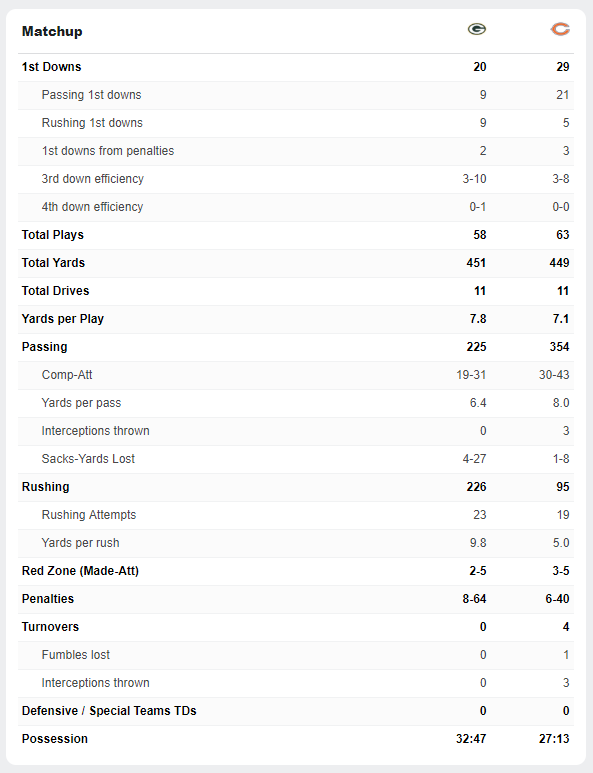