That broken nose that we assumed would ruin Clay Matthews’ perfect appearance? It doesn’t appear to have done so.

Matthews showed up for a commercial shoot (surprise!) for Wal-Mart of all companies looking just fine. Because, you know, Clay Matthews definitely shops at Wal-Mart. 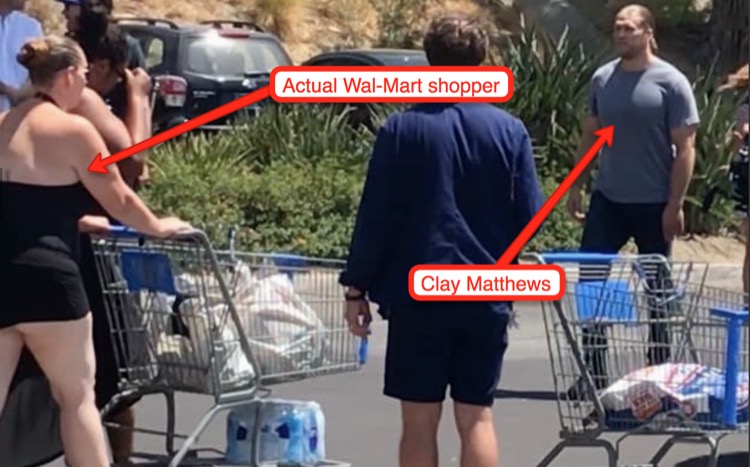 Sorry. I just don’t know how you could have expected me to help myself here.

“Hey, there’s a dress that’s too short, too tight and a butt cheek.”

“Anybody want to come for burgers at my place? I’ve got the charcoal. We’ll party!”

Anyway, yeah. Matthews had his nose broken after taking a line drive to the face during the Green Bay Packers’ charity softball game, last month. It appears that surgery went well.

Clay looks like his old self and if he’s doing more commercials, then he clearly is not a hideous monster.

Here is a question for you though. Not that I don’t think Matthews is a good football player, but has a guy who has ever produced at his level got paid more for doing commercials? I mean, you’d think he leads the league in sacks every year. He’s never had more than 13.5 in a season and has been in single digits for the past three seasons.

He is dreamy, though. I’ll give him that.