The Green Bay Packers surprised us all by picking a long-legged Alabama punter, JK Scott, in the fifth round of the draft. We’ve all watched the Packers suffer from a lack of continuity and consistency at the position. Are the Packers just trying to find a dependable and long-term punter, or do they think a star punter can have a significant influence on the outcome of games?

The average punting yardage varied considerably among NFL teams last year. The Titans’ Brett Kern almost hit the 50-yard plateau, coming in at 49.7 on his 75 punts. Eleven punters finished with an average of 46 or more yards. Twelve more averaged from 44.0 to 45.9 yards.

The Packers’ Justin Voegel ranked 20th at 44.4 yards. When the Packers acquired Scott, they released Voegel, who was immediately picked up by the ex-Packers execs residing in Cleveland.

Nine teams gave up 10 or more yards per return. The league average was 7.6.

Back to Justin Voegel, only 29 of his 71 punts were returned, and those returns averaged only 5.7 yards, tied for sixth lowest. Twenty-four of his kicks were fair-caught (tied for sixth most), and 19 were downed inside the 20-yard line. Voegel’s net punting yardage last season was 42.1 yards, which was 11th best in the NFL.

Voegel partly made up for the shortness of his kicks by having only two kicks go into the end zone for touchbacks. Only two kickers were more precise with their distance.

Scott has a terrific career college punting average of 45.6 yards. His best season, lengthwise, was as a freshman, when he averaged a nation-leading 48.0 yards – while allowing only five touchbacks. In his next three years, Alabama coaches re-tuned him to achieve the highest possible hang time – at the expense of long-yardage kicks.

In his senior year, Scott had an impressive hang time of 4.55 seconds, resulting in only 9.1 percent of his punts being returned – for fewer than 40 yards total. However, he achieved the hang time by sacrificing distance – averaging only 43.0 gross yards per kick. Alabama’s net punting yardage was 40.02, 24th best in the country.

It was undoubtedly Scott’s versatility – he’s able to kick booming punts, to loft high hang-time punts, and also precisely place punts – that prompted the Packers to use a fifth-round pick on him. He’s also has demonstrated great consistency by rarely shanking a punt during his college career.

He’s also been cited for having soft hands that prevent ball-handling miscues. If all this isn’t enough, in his senior year he handled all of Alabama’s kickoff chores too.

Bottom line: Due to his high hanging kicking style, the Packers should be able to all but eliminate returns on punts of up to 45 or more yards. If the Packers are to make full use of Scott’s big leg, however, they will have to have one or two very speedy gunners who can get downfield in time to prevent or limit returns of booming punts of 45 to 60 or more yards.

I came upon a blog that wanted to come up with a nickname when he was a 6’4” 170-pound freshman phenom at Alabama. Suggestions included: Boomer, Boom Boom, Mile High, Great Scott, Moonraker, Legosaurus, and Beam-It-Up Scotty. The entire Bama stadium would yell “Boom” when his foot contacted the ball. 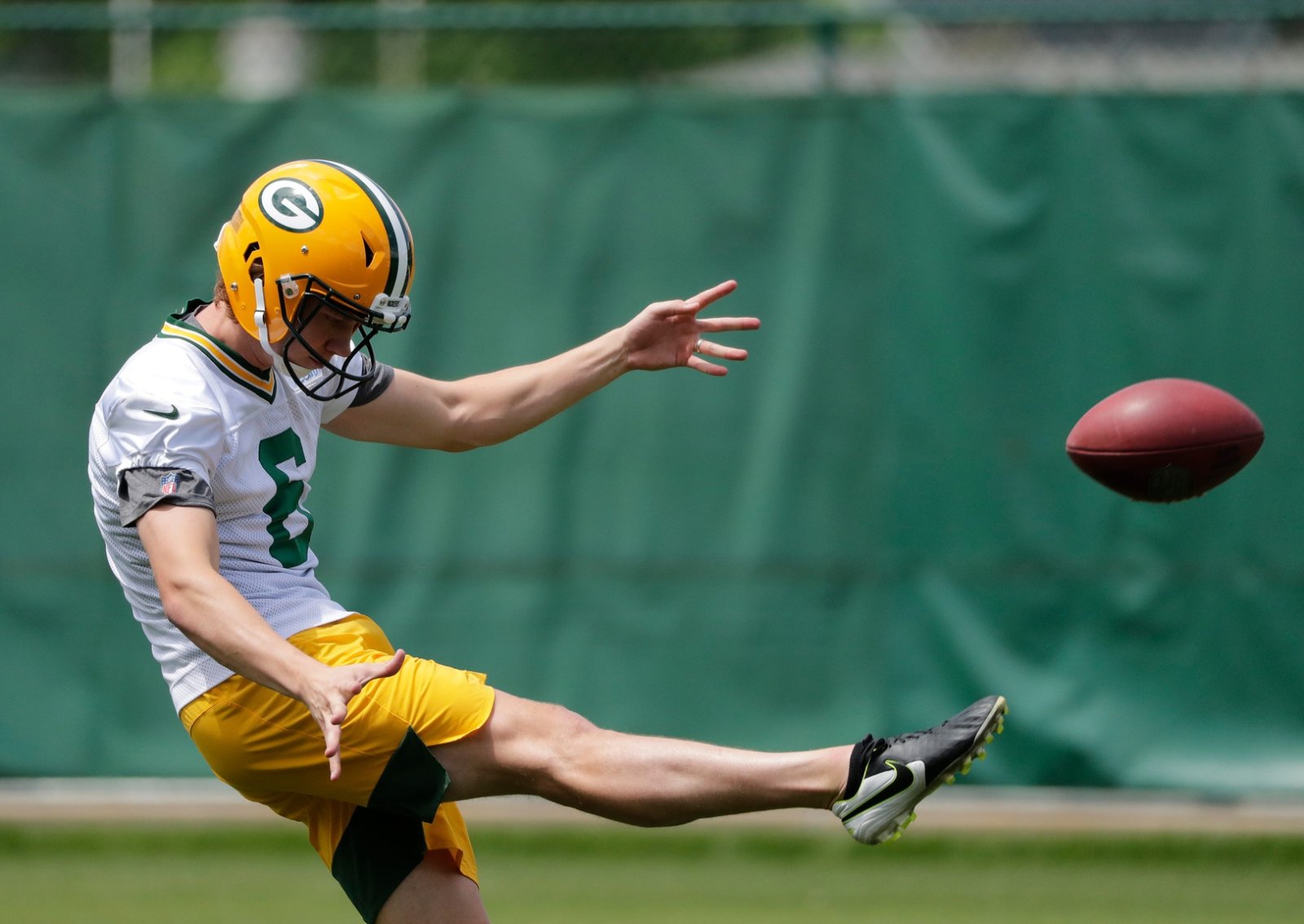 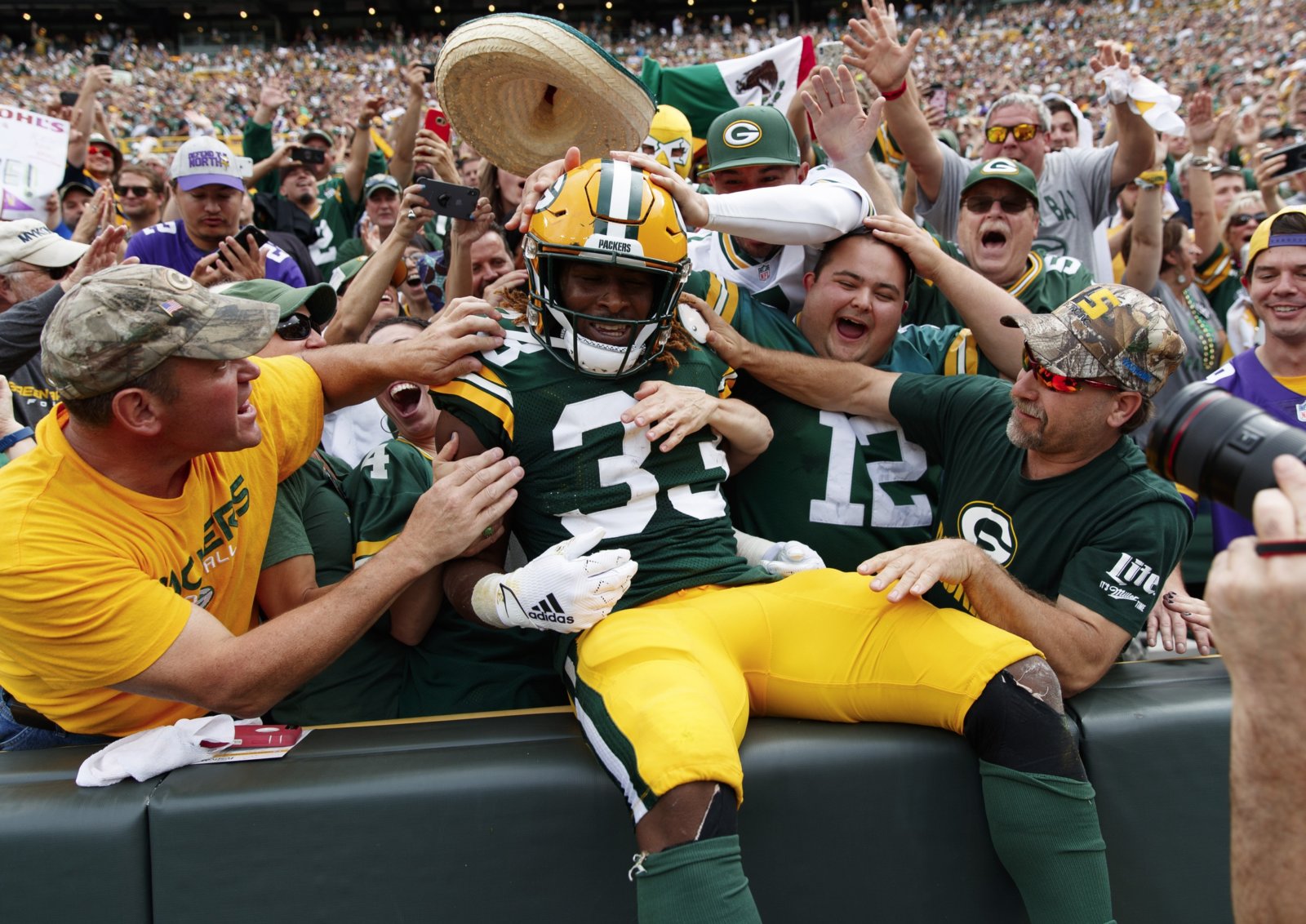