We were pretty impressed when the Minnesota Vikings unveiled their banner for their 2015 NFC North championship. We are equally impressed with this year’s unveiling.

Hey, look, the Green Bay Packers are not making the playoffs. They certainly aren’t winning the division. But maybe that should come with an asterisk next to it because Aaron Rodgers had a broken collarbone.

Those are the breaks, though. No pun intended.

But to get to the heart of the matter — the Vikings display NFC North banners in their practice facility. What do the Green Bay Packers display? 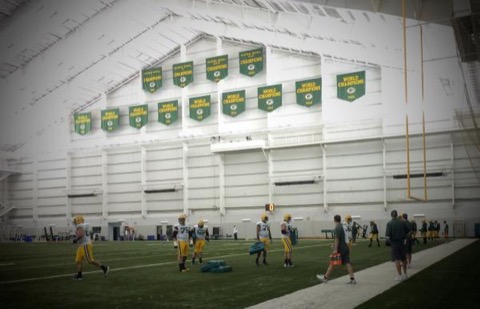 Just the 13 banners that really matter.

Rule the north all you want, shitbags. You’re not Jon Snow.