Someone Wrote a Nice Note to Anthony Barr

This isn’t the first time Barr has been accused of being cheap. Anthony Barr, in fact, has always been a cheap piece of crap. No wonder he plays for the Vikings!

One particular Packer fan decided to write Barr a note about the play. He wasn’t too pleased. 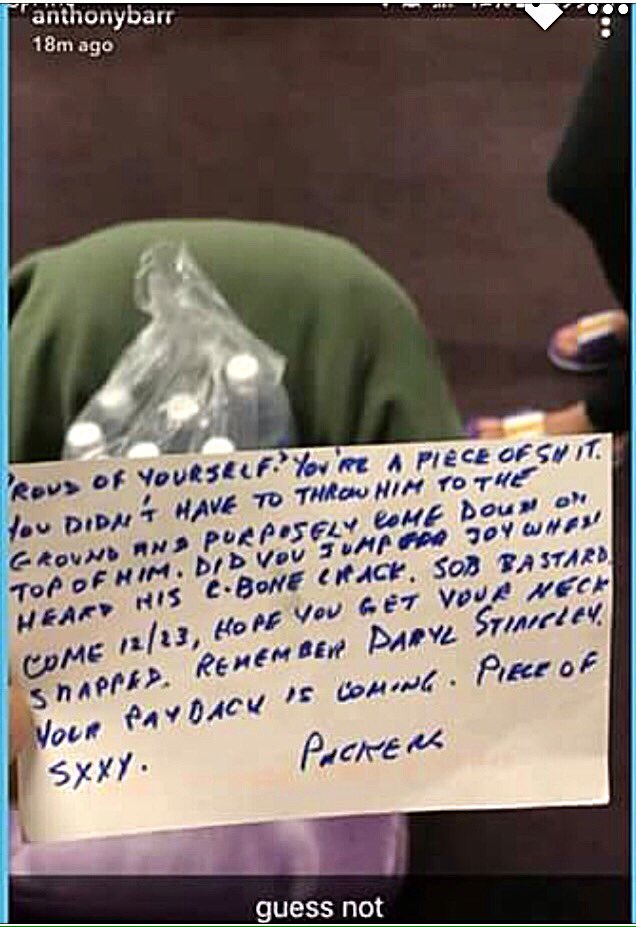 Just for the record, that is not my handwriting.

I’m not sure how Barr is going to get his neck snapped, but I would would like to see him get his payback, whatever that might be.

Previous Article
Can Packers’ Defense Stop Cam Newton… on the Ground?
Next Article
Jordy Nelson Must Be Happiest Guy on the Planet