Jordy Nelson Must Be Happiest Guy on the Planet

It’s no secret that Brett Hundley just couldn’t get in sync with Jordy Nelson while he was the Green Bay Packers’ starting quarterback.

He wasn’t really in sync with Randall Cobb either. The only guy who handled the transition from Aaron Rodgers to Brett Hundley well was Davante Adams.

Adams had nearly identical numbers playing with both quarterbacks.

Cobb had a little success with Hundley at the helm, but Jordy Nelson had next to none. That’s why Nelson must be the happiest guy in the world right now.

His drop off in production with Hundley was pretty staggering. Here are the Packers receivers game averages with both quarterbacks. 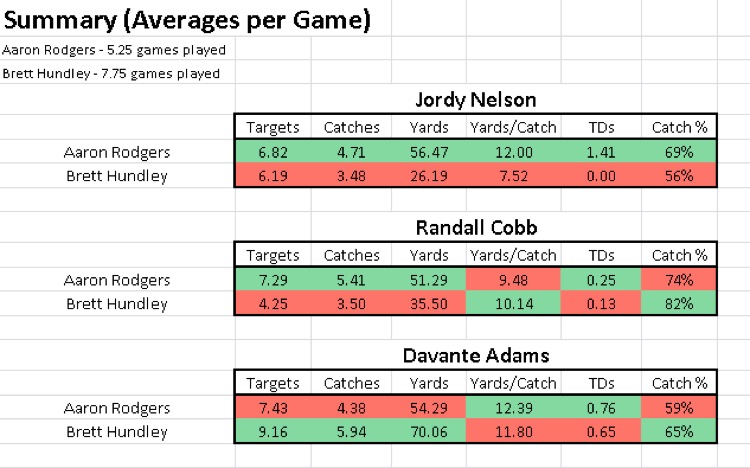 William is an actuary in Green Bay, Wisconsin. He’s a recent UW-Madison grad, but the allure of Lambeau brought him back to the 920.