The NFL allows its teams to be tight-lipped about injuries during the preseason. We do know the Green Bay Packers have been beset with injuries. In many cases, they appear to be of the week-long-or-less variety, but until players return to the practice field we just don’t know.

One situation that concerns me is the Ty Montgomery injury. Montgomery is key to the Packers’ success because running back is the thinnest of positions on the team. By thin, I’m not referring to the quantity of running backs on the roster, but to their quality and lack of experience at the NFL level.

As we all know, projected starter Montgomery has less than a half year of experience at being a running back. He only took on the position in game 10 of last season. On the year, he accumulated just 77 runs and 15 catches and scored but three touchdowns.

All Montgomery has had to say about what he terms a “soft-tissue” problem is that it’s “just something on and off, something I’m dealing with… nothing major, nothing to worry about.” He also added that he took the day off so the injury would not worsen.

There have already been so many injuries during camp, that at his Wednesday press conference, coach Mike McCarthy decided not to specifically comment on any of them.

It is nearly certain Montgomery won’t play on Saturday against the Redskins. That will mean that halfway through the four preseason games, Montgomery will have  three carries for zero yards, one catch for eight yards and one lost fumble.

Of all the projected starters for the team, Montgomery is probably the one who is most in need of preseason reps. He is also one of the many Packers who has earned the description “injury-prone” during his time in the league.

Even if Montgomery misses the upcoming game, but returns and plays in the final two preseason affairs, this injury constitutes a setback to be worried about.

Jamaal Williams, fourth-round pick out of BYU, stands to get more preseason playing time due to Montgomery’s problems. While I wasn’t impressed by his credentials when he was drafted, Williams has shown definite potential in camp and with his four carries in the first preseason game. Though his blockers provided him with no open lanes, he went straight upfield and made the most out of his carries. The word out of camp is that Williams has been turning heads.

Other new roster players include Aaron Jones (5th round), Devante Mays (7th round), Kalif Phillips (undrafted), and William Stanback (undrafted). You can throw in second-year fullback Joe Kerridge too. If Green Bay has to resort to any of these players in the regular season, it’s time to panic.

We’ve heard almost nothing about fullback Aaron Ripkowski this summer, but he could wind up being a savior for this team. The third-year, sixth-round draft choice was strictly a blocking back while at Oklahoma. In his brief appearances with the Packers, however, he has shown himself to be both a capable runner and receiver.

Did you know he was a Pro Bowl alternate last year, as well as being one of only two Packers to score touchdowns on the ground and in the air (Jeff Janis was the other).

Because he’s 6’1” and around 250 pounds, most assume Ripkowski is a classic fullback. I’m not convinced that’s the only role he can perform. Eddie Lacy, though shorter and (often) heavier, wasn’t viewed as a fullback. What I saw in 2016 was a guy with a pretty good burst, some change of direction ability and decent hands. He has power on a par with Lacy.

If Ty Montgomery misses playing time due to his current injury or another injury during the season, as is likely, the team is really down to two options: Ripkowski or Williams. Randall Cobb is likely then on deck. Like I’ve said, this is the Packers’ position with the least depth. Assuming Williams proves himself to be as talented as many think he is, he’d almost certainly step into Montgomery’s shoes. But even in that scenario, I would anticipate that Ripkowski gets increased carries, whether in a two-back set or as the lone backfield rusher.

Jermichael Finley Just Got Put On Blast By His Ex

Ted Thompson Has No Obligation to Communicate 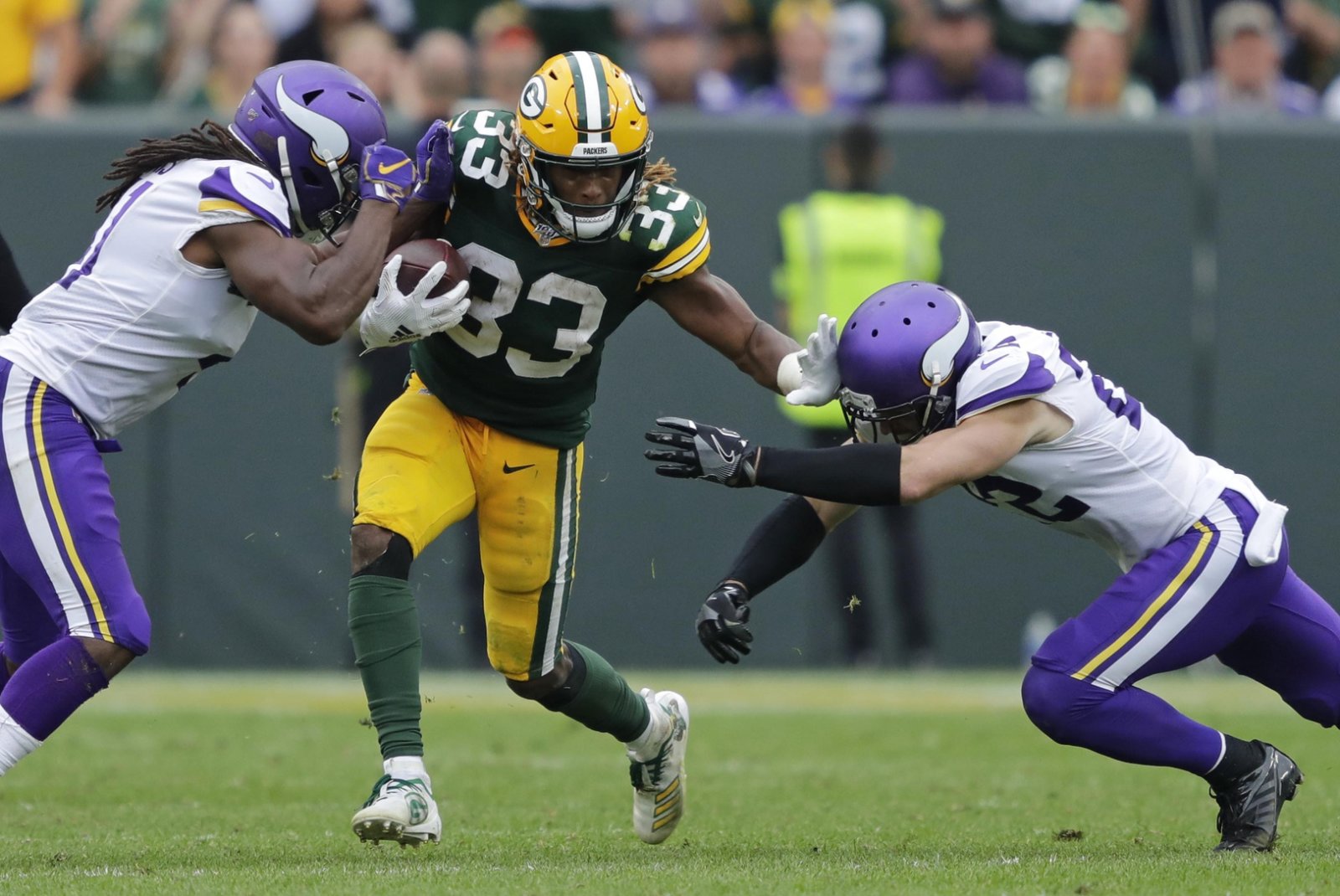 Ted Thompson Has No Obligation to Communicate