I’ll tell you what. As with most awards shows, we could give a shit about the ESPYs. I literally mean no shits — no one here even knew they happened.

I’m still not sure when they happened? Wednesday? Thursday? Noshitsday?

Best play of the year for this dime.

I’m not arguing, although that award was voted on by fans, so of course the Packers were going to win.

You could put a John Kuhn one-yard TD run in that category and watch what happens.

But anyway, yes, it was a great play and I just went and stole this image from that website owned by the team. They will probably fire up the legal department and send us a cease and desist for this.

But until that arrives, we just wanted to point this out. It’s funny that they don’t even credit their own photographer on the actual image, but I am going to assume it was taken by Evan Siegle. 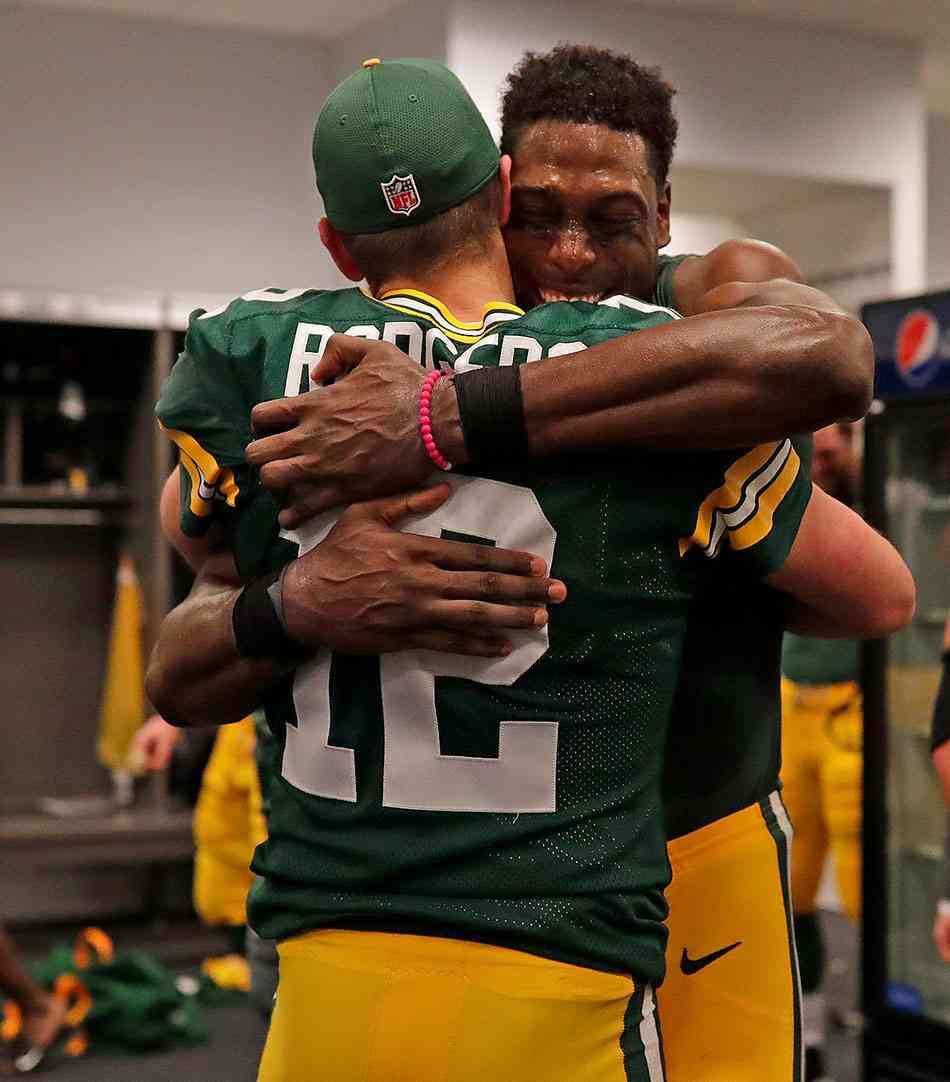 We’re only posting this because look at the shear joy on that guy’s face! Jared Cook had never been to the playoffs before last season. He had, in fact, never played with a quarterback worth a shit before last season. And then, in his first playoff year, he makes the catch on the play AR drew up in the dirt, that led to the win.

Although he’s now elsewhere, we wish nothing ill toward Jared Cook. In fact, we thought he was going be back this year, but it wasn’t in the cards. We hope he gets plenty of playoff wins with the Oakland Raiders, just not a Super Bowl win over the Packers.

So there’s our formal farewell to Jared Cook, a guy who was pretty likable.

And here’s the rest of this story. Sorry to digress for something that’s actually important…

Also voted on by fans.

We should really get Johnny Kuhn into that mix, huh?

Was Aaron Rodgers and not NFL MVP Matt Ryan or Super Bowl winning food delivery-service man Tom Brady not better? I would and we have made the argument for the NFL leader in TD passes.

No one guy is more important to his team’s success than AR. On one hand, that’s a failure of the organization to surround him with players that he can take to a championship. On the other hand — Matt Ryan… ha! Best player in the world plays for the Packers.

Romo: Aaron Rodgers Can Play Until 45

Olivia Munn Had Some Nice Things to Say About Aaron Rodgers

Olivia Munn Had Some Nice Things to Say About Aaron Rodgers